English
High Quality Products Can Be Purchased.
You are here: Home » News » What is a Nano Brewery?

What is a Nano Brewery?

If you’re a fan of beer, you’ve probably heard the terms macrobrewery, craft brewery, and microbrewery. The judge is still out on whether the industry prefers to spell them as one word or two, but these terms help differentiate types of breweries based on the amount of beer they produce and some other criteria they must meet to fit into each category.

Serious beer enthusiasts may also be familiar with the term nano brewery, but not many know exactly what is considered a nano brewery and why this type of brewery exists. Before we discuss where nano breweries fall in the lineup, let’s review some of the most common types of breweries and how the industry defines each.

What is a Brewery?

The simplest definition of a brewery, or brewing company, is a business that makes and sells beer. The term, in actuality, refers to the place where a brewing company’s beer is brewed and packaged for commercial sales.

Most people are familiar with macrobreweries. “Macro” means this is the largest type of brewing company. Macrobreweries typically have an annual production of six million barrels of beer or more each year. There are four companies that control over 50 percent of the beer market: Anheuser-Busch InBev, Heineken, Molson Coors Beverage Company, and Carlsberg. These breweries are so big that they’re able to operate globally and distribute their beers worldwide. 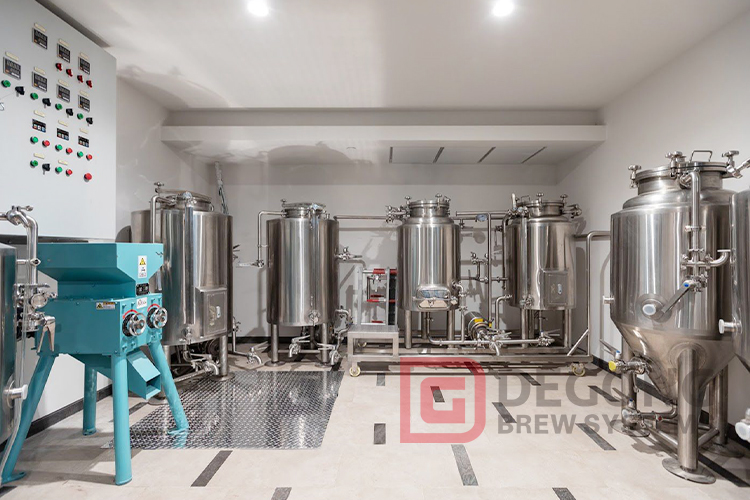 What is a Craft Brewery?

Because craft breweries are small, they have more room to innovate than macrobreweries. They often offer unique takes on traditional brewing methods and beer tastes, using unconventional ingredients and developing recipes and flavor profiles you simply won’t find from a macrobrewery.

What is a Microbrewery?

A microbrewery is yet another type of brewery defined by its level of beer production. To be considered a microbrewery, a company must:

Some microbreweries have tasting or taprooms, but it’s not a necessity in order to sell beer on site. If more than 25 percent of their beer is canned or bottled and sold at the facility, the brewery would then be a taproom brewer. Like craft breweries, microbreweries and taprooms are often known for brewing specialty beers in small batches that allow seasonal and unique ingredients and brewing methods to be the star of the show.

So now that we’re familiar with smaller scale brewing, what is the difference between a microbrewery and a nano brewery?

Think about scale and sizing. The prefix “nano” means one billionth, which is even smaller than “micro,” or one millionth. A nano brewery is so small that there’s actually no defined beer quantity that establishes a brewery as a nano brewery. But there is a consensus in the industry on its general meaning: any brewery that produces beer in batches of three barrels or less.

Nano breweries are founded for a few reasons. Some of the most popular motivations for exploring brewing at this level include:

If you’re interested in creating your own three-barrel system to dip your toes into craft brewing, spend some time getting to know the basics of nano brewery setup, including the differences you’ll find between craft and nano in yeast usage, beer packaging, and brewing safety. You can, however, take notes from general craft brewing on the nano brewery equipment needed to produce safe beers with optimal flavors. Look for nano brewery tools that will ensure easy cleaning, protection, and liquid flow.