English
High Quality Products Can Be Purchased.
You are here: Home » News » As a beginner in beer brewing, how much do you know about fermentation tanks?

As a beginner in beer brewing, how much do you know about fermentation tanks? 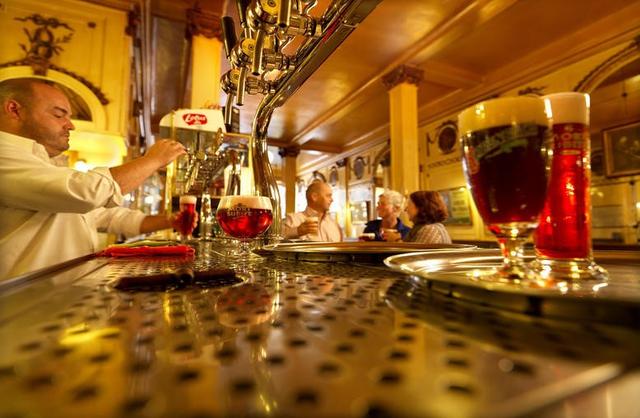 (1) The bottom is cone-shaped to facilitate the discharge of yeast at any time during the production process, and cohesive yeast is required.

(2) The tank itself has a cooling device to facilitate the control of fermentation temperature. The production is easy to control, the fermentation cycle is shortened, the chance of infection is less, and the beer quality is stable.

(3) There is a thermal insulation device outside the tank, which can be placed outdoors, reducing construction investment, saving floor space and facilitating expansion.

(4) Airtight tanks are used to facilitate CO2 washing and CO2 recovery, and fermentation can also be carried out under a certain pressure. It can be used as a fermentation tank or a wine storage tank, or it can combine fermentation and storage into one, which is called the unitank fermentation method.

(6) The fermentation tank can be controlled by an instrument or a computer, which is convenient for operation and management.

(8) CIP automatic cleaning device can be used, which is convenient for cleaning.

(9) Conical tanks are easy to process (can be processed on-site) and have strong practicability.

(10) The capacity of the equipment can be flexibly adjusted according to production needs. The capacity can range from 20 to 600m, up to 1500m. 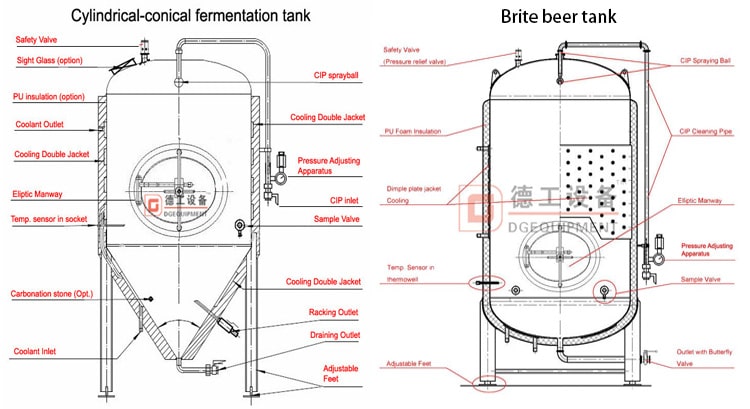