English
High Quality Products Can Be Purchased.
You are here: Home » News » The Fermentation Process of Ale and Lager

The Fermentation Process of Ale and Lager

The ale beers use the yeast that can ferment at warmer temperature, so the fermentation is faster.

The lager beers use the yeast that need to ferment at low temperature, so the fermentation is relatively longer, 3-4 weeks is common to see. Week for primary fermentation, 2 weeks for maturing (the yeast settle down to the bottom of the fermentation tank and then is drained out).

Lager beer will need the bright beer tank so the lager beer can become clear enough and quickly. Clearance is one of the important indication to judge if the lager beer is qualified or not.

Different recipe is different on details to control the temperature etc. during fermentation process. But the main principle is the same. 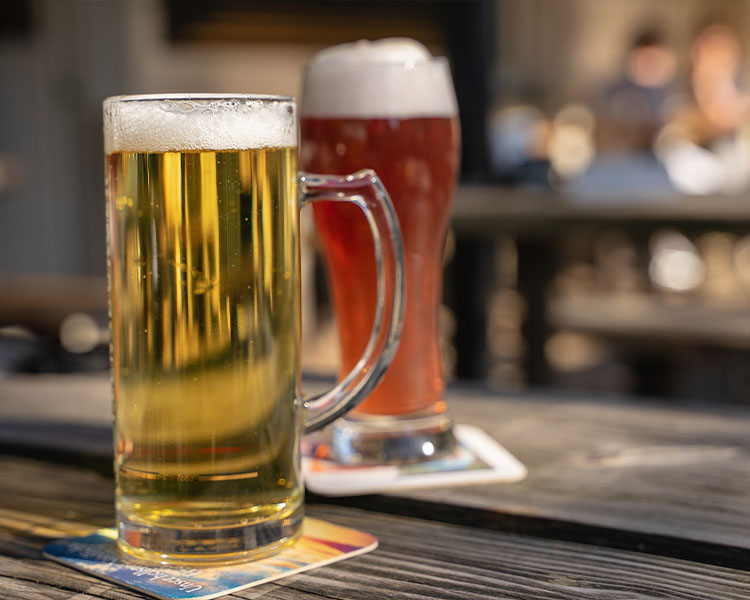 The lager beers flavor is relatively more pure and light that is very popular and suitable to drink in summer, since the lager yeast ferment in low temperature and do not produce much components. But lager also have strong beers including Bock, Double Bock (16-19.5 Plato) brewed in certain months.The representatives of lager beers include PILSENER. But mostly all Germany beers, and also the 99% industrial beer is lager beers in the world.

Usually in summer, the breweries brew more lager and IPA, pale ale etc. that are light. And in cold winter they brew more stout (with higher alcohol) to warn the body of people.Some breweries brew 90% ale beers, and 10% lager beers-for business,  the ale beers take less time and have more flavors to chose, for brewing, ale provide people great chances to explore, imagine and create. In turn, Lager is more strict and less ‘Tolerant’.