Anyone who works with brewer’s yeast knows they need to give it a pretty cushy work environment to maintain its function. When yeast cells aren’t happy – say, because they’re unhealthy, run out of nutrients to digest or colleagues to do their share of the task – they stop doing their job. If you’ve experienced this, you know it can prove quite frustrating trying to diagnose the cause and prescribe a solution.

What is a Stuck Fermentation?

Instead of fermenting along nicely until you’ve reached your final gravity target, your yeast simply quits, resulting in a stalled or stuck fermentation. You can catch a stalling fermentation within the first 24 hours by noticing that your pH levels aren’t falling rapidly. Because beer doesn’t ferment at a constant rate, after this one-day window you shouldn’t worry until the gravity reading has stagnated for at least 48-to-72 hours. At this point, however, you’ll need to restart the stuck fermentation in order to produce the beer you want.

To do that, you first need to identify the culprit.

As noted above, anything that fails to catalyze the yeast into action or stresses it beyond its limits can trigger a stuck fermentation beer. The most common causes are: 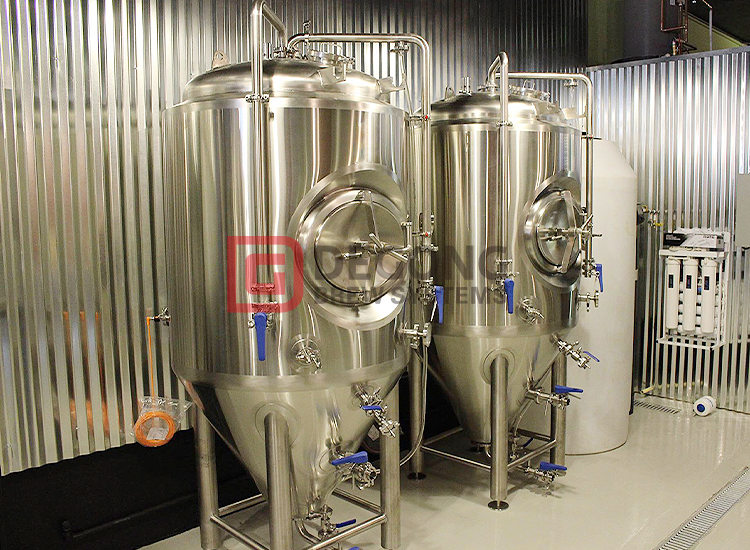 How to Prevent a Stuck Fermentation

Here’s where proper yeast management really demonstrates its value. Assuming you’ve bought or propagated yeast in quality condition, it’s imperative to keep it viable and vital. To do so, store each yeast slurry in an airtight sanitized vessel at temperatures ideally below 42 degrees but above freezing and handle it in a hygienic manner to avoid bacterial or cross-contamination.

Next, use your hemocytometer to count the number of cells in your slurry.

Pitch and ferment at the correct temperature and avoid sudden fluctuations. While you can almost always get the exact numbers for your strain from the vendor or manufacturer, generally, ale yeasts like to live in wort well below 80 degrees, hovering in the 68-degree range. Most lager yeast thrives between 45-55 degrees.

How to Restart a Stuck Fermentation

If your tank climate is suitably controlled, you may have read that you can aerate the wort at this point to allow the yeast to respirate and thereby reproduce. This is mostly an urban myth and a dangerous one at that. This will not actually cause the yeast to reproduce, and the risks of introducing oxygen once fermentation has begun usually outweigh the benefits. To avoid the off-flavors that can emerge from trying to rouse the yeast this way, you’re much better off following the step below.

If you determine the yeast itself caused your fermentation to stall, whether through less-than-ideal vitality, flocculation tendencies or density/pitch rate, you’ll want to krausen by adding vigorously fermenting wort to pick up the slack from the inactive yeast and jump-start the fermentation. Typically a successful krausen makes up 10% to 20% of the volume of the wort in the tank.