English
High Quality Products Can Be Purchased.
You are here: Home » News » How to mashing craft beer?

How to mashing craft beer?

Mashing is a very important step in the beer brewing process and a necessary link for the preparation of wort. Today, let's talk about how we go about the process of mashing when making craft beer.

First, let's review what is glycation? Mashing refers to the process of gradually decomposing the insoluble macromolecular substances in malt and auxiliary materials into soluble low molecular substances after a certain period of time under suitable temperature and pH value using various hydrolytic enzymes contained in malt. In craft beer, we do not use starchy excipients. The various substances dissolved from malt are called extracts, which include various fermentable sugars, such as glucose, maltose, maltotriose; in addition, non-fermentable dextrins, proteins, gluten substances and minerals, etc. Among them, fermentable sugars will be the raw materials for subsequent fermentation. 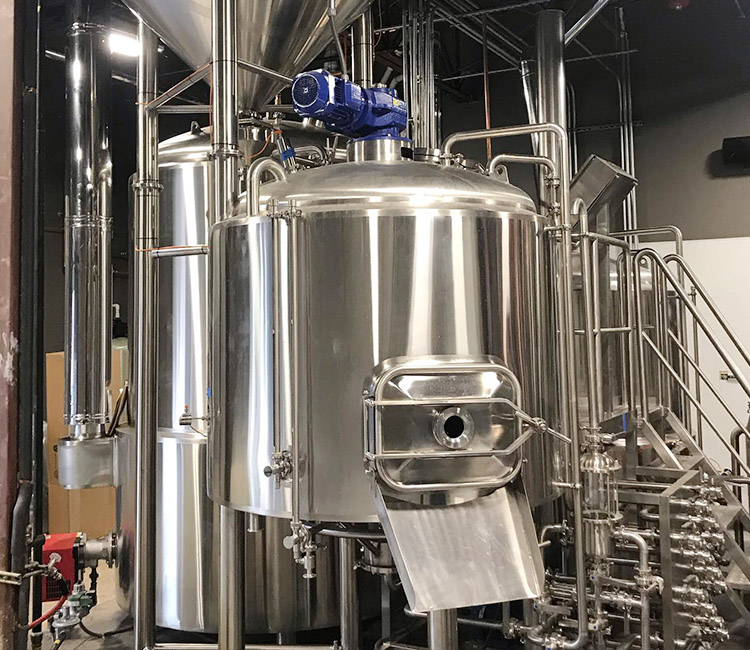 The boiled mashing method is to separate the saccharified mash and heat it to the boiling point, and then mix it with other unboiled mash, so that the temperature of the whole mash is raised to the temperature required by different enzymes in stages, and finally reaches the end of mashing.

Both mashing methods have advantages and disadvantages. The leaching and mashing method has simple equipment, only one mashing pot, and the production cost is low; however, the wort contains more sugar and less protein and other mid-molecular products. The composition of the wort obtained by boiling out the mashing method is more reasonable, but the process is complicated, the investment is large, and the cycle is long. In our craft beer industry, the single mash temperature rise leaching mashing method is generally used, and the enzymes that retain the activity can be inactivated in the next step of boiling.

In terms of equipment, the mashing equipment of craft beer is a mashing pot. Some small equipment can also combine mashing with filtration, boiling or spin-sinking to achieve dual-use or triple-use in one pot. However, its overall structure and basic functions are unchanged, and it must have the functions of heating and stirring. The heating device generally uses a steam jacket. With the advancement of technology, the stirring devices manufactured by many domestic equipment factories can reach higher standards, that is, the blades are long and wide, with inclination and openings, and the stirring device can be raised and lowered. This setting will make the mixing effect better.

All in all, to brew a good beer, you must do a good job of mashing. Only good equipment can have a good mashing effect, so that the subsequent process can be completed more ideally.