English
High Quality Products Can Be Purchased.
You are here: Home » News » Differences and Misconceptions in Brewing Light and Dark Beers

Differences and Misconceptions in Brewing Light and Dark Beers

Although the styles of beer are so different, there are more similarities than differences between light and dark beers. They are all beer after all. But at the same time, the smallest changes to a homemade recipe can make a huge difference. While this article is designed to discuss some of the differences you will find, it will also clarify any misconceptions you may have about brewing light and dark ales.

The main difference is the malt used. The longer the grains are soaked in water, the more the sugar will crystallize on the outside. The longer it bakes, the darker it gets as the various flavors change. Then you can see how these combinations create a variety of flavors. Of course, these qualities affect the color and character of homebrew beer.

However there are some misconceptions about how ingredients affect your beer. People tend to assume darker ale is more alcoholic and has more calories. On average they are probably right, but only just. Generally beers will have 140-150 calories per 340ml, light or dark. So you aren’t getting away from those calories by having a lager instead of a stout. Alcoholic content varies wildly of course, but you can find just as many very alcoholic light beers as you can dark. Both these factors are determined by the quantity of sugar in the beer, which of course comes from the malt. But dark malts are not necessarily more sugary, and additives like corn sugar will often lighten the beer rather than darken it. In fact, a very alcoholic beer has likely used up a lot of the sugar in fermentation so the whole calculation is a bit complex. 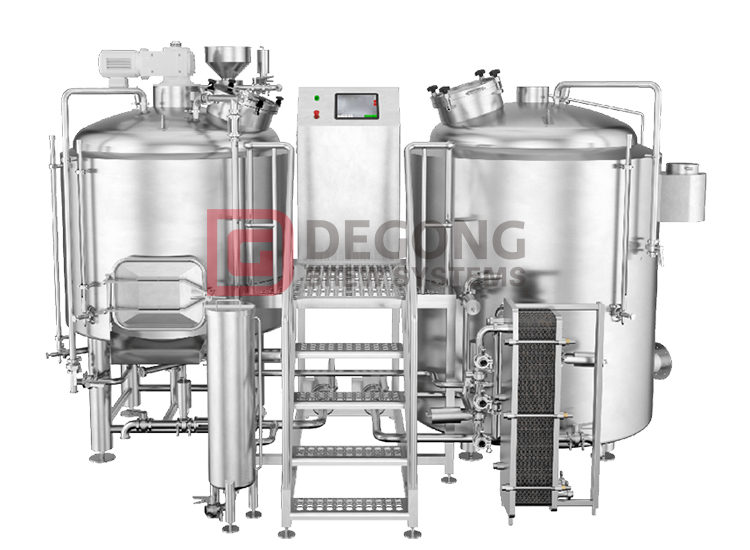 The process for making your beer can be very similar or very different. The basic concepts in play are all the same, but at times you may find that a specialised recipe can give you a better result. However, even with a similar recipe the wort you are making is very different. Darker beers will tend to have a higher original gravity. What does this mean? Well a higher gravity means there are more compounds in the liquid, which will be broken down over time. Usually this leads to more complex flavours. This is of course possible in light beers, with the compounds more often coming from the hops used. But it is more common in darker beers. This can also result in more sediment, as more proteins are in or produced in the process.

We also see a large difference in Secondary fermentation. While 2-4 weeks is enough for any beer to reach a drinkable stage, all beers have a certain sweet spot that you have to try and find yourself. Lighter beers generally reach their full potential early. Leaving them longer will either have very little effect. More than 6 months is unnecessary in most cases. Meanwhile darker beers will want to sit for a long time. But why is this? Well it comes down to darker beers tending to have more complex flavours, which goes back to Original Gravity. If you have more compounds in your beer it will take longer to break down. Especially if it is a larger range as they will break down at different rates.  Of course the same can be true of light beers with a high Original Gravity, but often these are very hoppy beers. In which case we don’t want these flavours being broken down, this can cause off flavours that we do not want.

Hopefully this gives you an idea of what makes light and dark beers different. But also how similar they actually are. Knowing these little qualities helps craft new beers, as with a bit of planning you can start mix and matching them for your perfect homebrew.