After mashing, when the starch has been broken down, the next step is to separate the liquid extract (the wort) from the residual undissolved solid materials found in the mash. Wort separation is important because the solids contain large amounts of protein, poorly modified starch, fatty material, silicates, and polyphenols (tannins). The objectives of wort separation (lautering) include the following:

The method of separating the wort from the mash solids and the equipment used is mainly a matter of choice on the part of the individual brewer, and sometimes of tradition. Wort separation may be carried out by any of a number of different methods:

The lauter tun is internationally accepted and continues to be the predominant wort separation device. 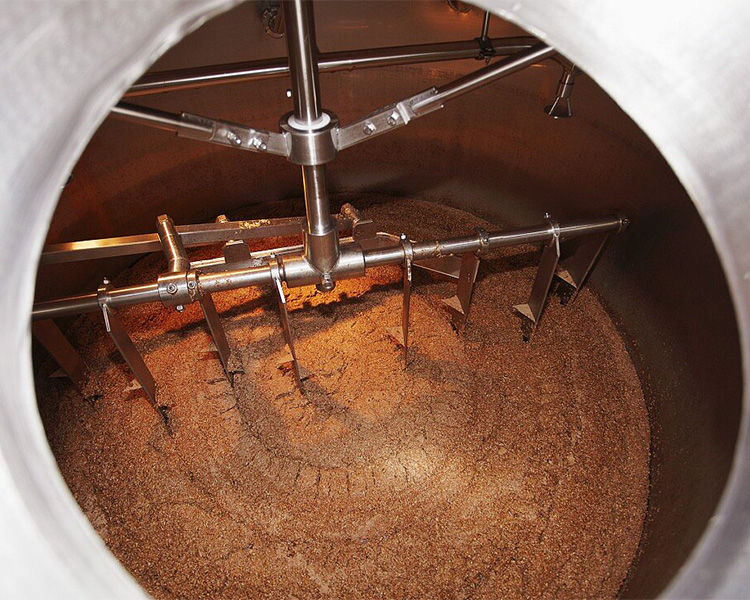 The mash tun, traditionally used in Britain, is a vessel that serves the dual role of being used both for mashing and wort separation. They are the cheapest in terms of capital expenditures and the simplest to operate, with little or no automation. The combination of these factors makes the mash tun particularly attractive to craft brewers. The disadvantages of mash tuns are their requirement for coarsely ground malt, the need for well-modified malts, their limitations in working with adjuncts, and their inflexibility in regard to maintaining mash temperature.

After mash-off, the wort is withdrawn through the false bottom of the mash tun. The false bottom acts as a support for the grain bed and does not act as a filter bed. Initially, the flow rate of the dense wort is slow, to avoid pulling down or collapsing the suspended bed.

Sparging extracts the fermentable liquid, known as wort, from the mash. Sparging begins just after the first worts have been collected and after the mash has settled but before the surface of the mash has become too dry. The sparge water should be applied at a rate that matches the runoff rate. The sparge water (around 75-78°C) is applied via the sparge arms that are centrally located.

While sparging is in progress, the gravity of the wort should be periodically checked. Sparging continues for about 90 to 120 minutes until the gravity has been reached and/or the required volume of wort has been recovered, these quantities being fixed by the original gravity of the beer and the capacity of the kettle.

After wort separation is complete, the spent grains are either thrown out by hand, but more typically the grains are swept out of the discharge ports by horizontal arms that rotate over the false bottom of the tun.