English
High Quality Products Can Be Purchased.
You are here: Home » News » When brewing beer, some knowledge about the boiling process?

When brewing beer, some knowledge about the boiling process?

During brewing, wort boiling is a complex process of physical and chemical changes. These changes are complex and difficult to take into account all the favorable conditions at the same time. To a large extent, it needs to be mastered according to the type of products and operating experience.Now let's go and learn about wort boiling.

First of all, do you know why the wort is boiled?

01 enzyme inactivation
In order to maintain the consistency of wort composition and fermentation, the function of amylase should be stopped and the proportion of fermentable sugar and dextrin in wort should be stabilized.

02 Wort sterilization
By boiling, eliminate all kinds of fungi in wort, especially lactobacillus, avoid spoilage during fermentation, so as to ensure the quality of the final product.

03 Protein denaturation and flocculation precipitation
During the boiling process, some proteins which are denatured by heat and flocculated by binding with tannins are precipitated to improve the abiotic stability of beer.

04 Evaporated water
To vaporize excess water in the wort mixture so that the wort is concentrated to the desired concentration.

Two,But in addition to this, there are other reactions to the wort boiling

01 lowers the pH of the wort
When wort is boiled, the pH value of wort is further reduced due to the addition of hops, the formation of acidic melanin and the acidifying effect of calcium and magnesium ions in water, etc., which promotes the precipitation of B-globulin in wort and the decrease of pH value of finished beer, which is beneficial to the biological stability and non-biological stability of beer. 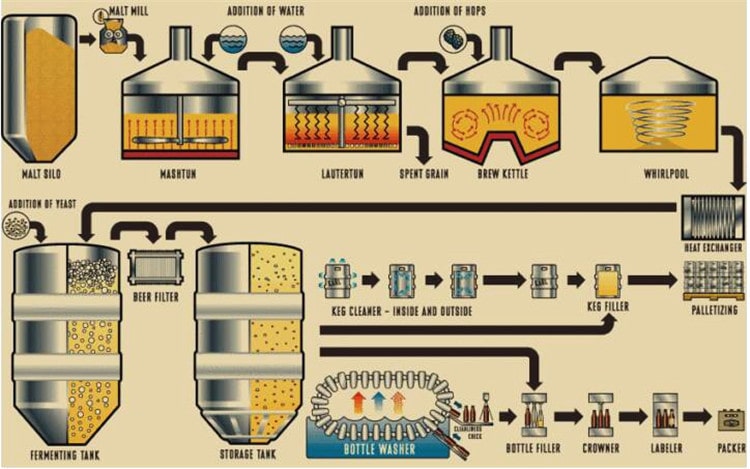 Three, so we should from what aspects to improve the wort boiling technology conditions?

02 Wort boiling strength
When the wort is boiling, the water evaporated per hour is equivalent to the percentage of mixed wort, namely the boiling intensity: the boiling intensity is closely related to the thermal conductivity of the boiling pot, modeling, heating area, steam pressure, wort evaporation area, boiling method, etc.

Relationship between boiling strength and solidification Nitrogen content in wort:

PH value is closely related to protein coagulation, color and flavor of wort.

The protein in wort is most unstable at its isoelectric point and is easy to coagulate and precipitate. The isoelectric points of various proteins in wort are different, therefore, they are precipitated first and then at different pH values. The ideal pH for wort boiling is 5.2, but this is difficult to achieve under normal conditions and even more difficult to achieve with hard water saccharification. Generally can be in the beginning of saccharification or wort boiling, take the way of acidification, make its pH value lower. With a pH of 5.2~5.6, proteins can generally achieve a good degree of coagulation. The better the protein condensation, the better the non-biological stability of beer.

The interaction between polyphenols and proteins is also an important aspect of protein condensation and precipitation. The lower the pH value of boiled wort, the more readily the polyphenols such as tannins and anthocyanins react with proteins to precipitate, thus reducing the color of wort, improving the taste of beer, and increasing the non-biological stability of beer.

A lower pH value, while favorable for protein condensation, is unfavorable for the isomerization of -acid in hops, thus reducing the utilization of hops.It is ideal to have the wort's pH value in the range of 5.2~5.4 when boiling.

As a beer equipment manufacturer, we can provide turnkey service for your project. Want to get quotes and product details? Come and contact me! 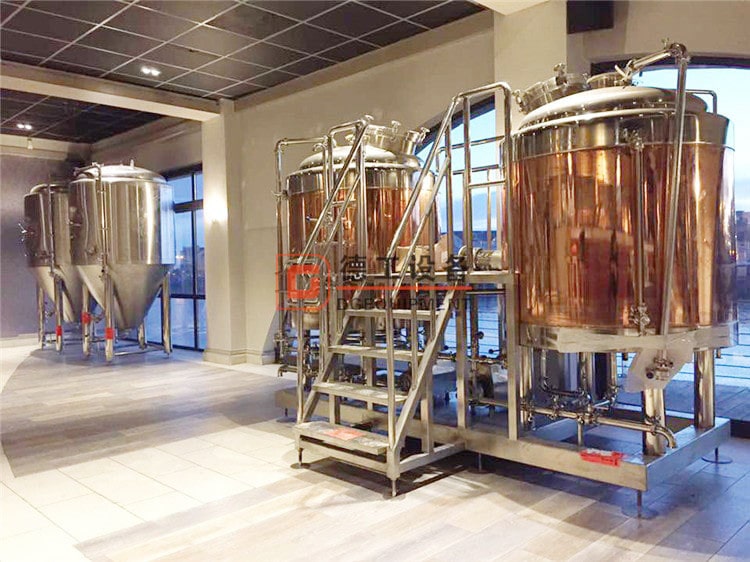 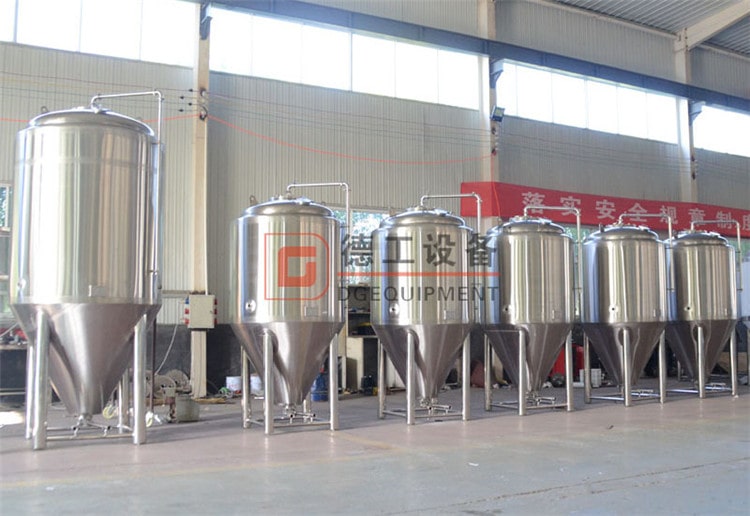