English
High Quality Products Can Be Purchased.
You are here: Home » News » What determines the color of beer?

What determines the color of beer?

Browsing the topic requires a curious mind, or you have to do some research on beer color. Either way, it's pretty interesting how the beer takes on its color. There are several variables that affect the color of beer. In this article, we highlight and explain these factors.

Beer coloring is the subject of many conversations between beer lovers and makers. This topic creates many interesting arguments and presents interesting possibilities. It is important to understand the ingredients that affect the color range of beer. Also, understanding the brewing process is key.

Here are three things you need to know about beer coloring:

Now, let's get straight to the factors that determine the color of a beer.

Almost everyone has heard the phrase "time is money", but if you're rooted in a brewery group, you know it: "time is color".

This means one simple thing: the older the beer, the more the color changes. As the beer is in storage longer, additives floating in the beer begin to settle - additives such as yeast fall to the bottom of the storage container.

This, in turn, will cause the beer to be more resistant to light reflections and appear darker. So age is always a factor in stout color regardless of other factors. 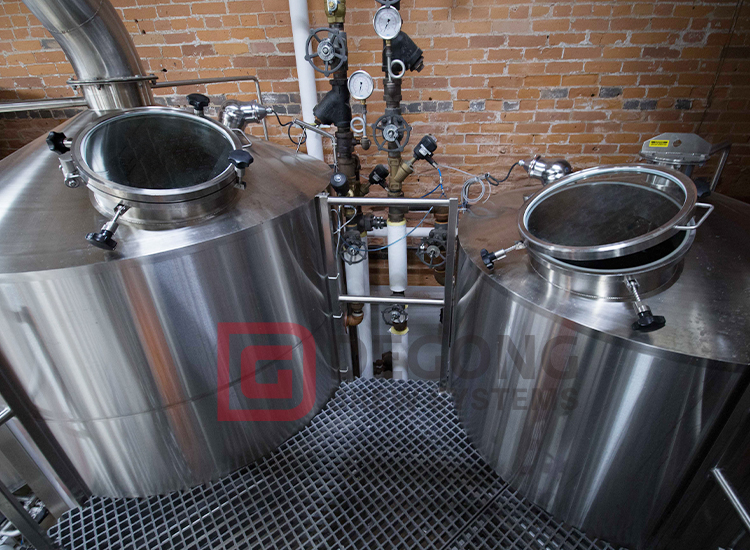 On a molecular level, beers should all be the same color. You're surprised, right? So are we.

All beers have the same color: red.

But we all know that most beers are either brown or golden. So what was given?

To change the color of beer, two chemical reactions are required. They are the caramelization reaction and the Maillard reaction. Caramelization is the result of heating sugar until it breaks down. As you know, grains from the field do not contain sugar. Therefore, converting grain starch to sugar was the initial requirement. This conversion is done by heat.

The temperature increases as starch is converted to sugar. The increase in temperature in turn releases more sugars from the starch. What you get after this process is a caramel flavor. Some would call it "burning sugar". It's important to know that the longer the caramelization process, the darker the beer will be. You'll see a lot of these dark beers in IPAs.

Meanwhile, when you treat amino acids with sugar, you get something different. When you process these two through high heat, you get Maillard reactions. In return, the heat creates different aromas and flavors. This process also helps to darken the beer. There is a famous browning process of grains, similar to toasting white bread. The heat of the toaster darkens the bread. The longer the bread stays in the heat of the toaster, the darker it will be. The same goes for beer. The longer the grains are heated, the darker the beer will be.

The toasty taste in beer is primarily the result of the Maillard reaction. The Maillard reaction converts amino acids into sugars. This flavor becomes the most prominent flavor in beer, but experienced brewers will find it easy to taste many other flavors in beer.

Two factors play a very critical role in this process. These factors are temperature and time. Changing the intensity or longevity of any process can have a major impact on the color of the beer. It also affects the aroma.

Think about what happens when you pick mangoes and leave them out for too long. Over time, the oxygen in the atmosphere can affect the color of the fruit. Think of any cooked food. If you leave it outside, it will break down and the appearance will change. Even the taste will change. This is the result of oxygen in the air. For beer, oxygen affects color and taste. It also provides some unexpected flavors and some unpalatable flavors.

Most brewers try to avoid the interaction of oxygen with the beer. This is because oxidation disrupts the process of obtaining the desired color. Most of the time, when the brewed beer is much darker than it should be, you can blame oxidation.

Boiling times will vary depending on the brand of beer and how it is prepared. Those who brew the extract suggest that the beer should only be boiled for an hour. Within ten minutes, the proteins in the malt extract coagulate.

Hops require longer boil times due to isomerization of hop alpha acids. Isomerization helps make the beer bitter, which takes an hour. The longer the beer is boiled, the darker the beer will be - conversely, the shorter the boil, the lighter the beer.

Another important factor in determining the color of beer is the specific gravity of the wort. Cooking the wort to a certain extent can affect the color of the beer. The full wort should be cooked. This is better than boiled wort concentrate. It is also better than diluting with water in a fermenter.

But back to boiling as a beer color influencer; ancient beer brewing methods suggest that grain beers are boiled for an hour and thirty minutes. However, modern research suggests that a one-hour time frame is sufficient, especially for light-colored and low-gravity beers.

However, you can boil for a longer time. This is necessary if a higher wort specific gravity is required due to higher evaporation. If it's for a change of taste or style, cook it longer. When beer is boiled at high temperature for a long time, a chemical reaction occurs. Sugars and amino acids interact to create different pleasing flavors. It should be noted, however, that longer boiling times mean increased melanoidin. This may be an important factor in the darkening of the wort.

Simply put, the longer the beer is brewed, the darker the color.