English
High Quality Products Can Be Purchased.
You are here: Home » News » The stages of beer fermentation

The stages of beer fermentation

The primary stage of fermentation begins when the yeast is introduced into cooled, aerated wort. The yeast quickly utilizes the available oxygen to produce sterols, a vital compound for culture expansion. When the oxygen is gone, the yeast switch to the anaerobic phase where the majority of wort sugars are reduced to ethanol and CO₂. Yeast growth occurs during primary fermentation. The extent and rate of yeast growth is directly related to the production of aroma and flavor compounds. 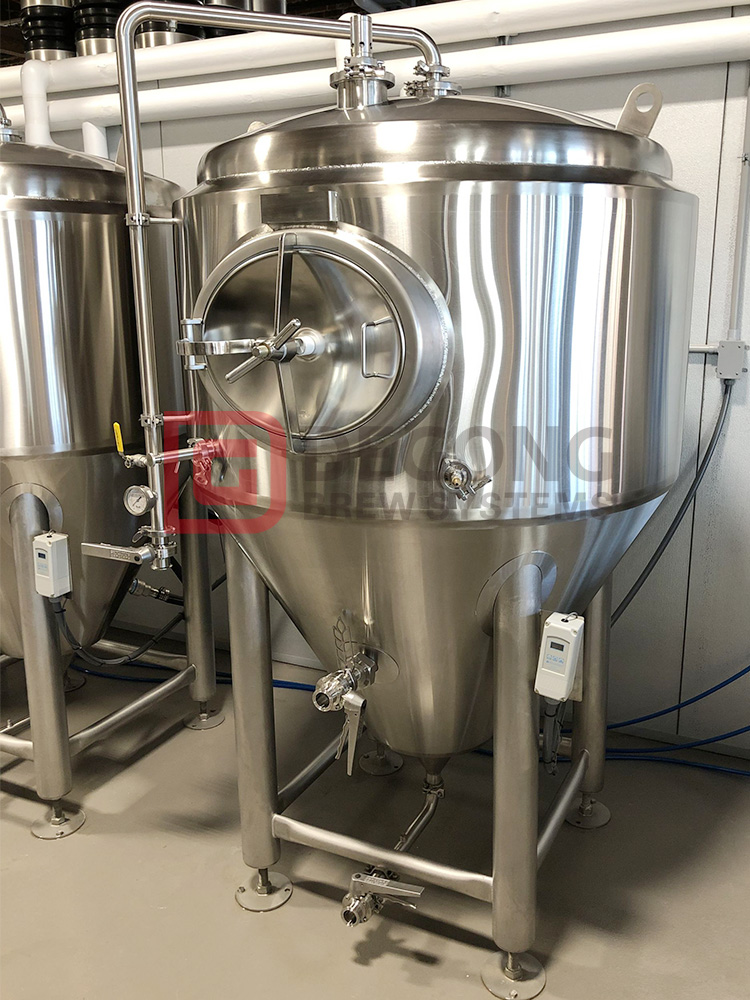 Secondary fermentation refers to the stage of fermentation after the majority of the wort sugars have been consumed and there is a sharp decrease in the rate of fermentation. During this period, most of the final sugars are depleted and some secondary metabolites are converted by the yeast. Yeast flocculation and settling begins to occur due to the increase in alcohol content and the depletion of sugar and nutrients. Diacetyl reduction also takes place during secondary fermentation. Depending on the beer profile standard, once the fermentation process reaches 40 to 50% attenuation the temperature is raised 3 to 5 degrees to allow the yeast to reabsorb the diacetyl and break it down to Acetoin, then into 2,3 butanediol. After determining there is no more diacetyl present, the beer cooling process starts.

The conditioning stage takes place when the terminal gravity has been reached and the tank is cooled to refrigeration temperatures (31-38 °F, 0-3 °C). During this time the yeast continues to flocculate and settle. The yeast also conditions the beer by reducing various undesirable flavor compounds. Ales do not benefit from long conditioning times like lagers do. The desirable flavors in ales will decrease with age and therefore it is recommended that conditioning be as short as possible before packaging. Exposure to oxygen at this stage is extremely detrimental to beer quality.

If the next step for a brewery is to repitch the yeast, the brewer will first confirm that the quality of the harvested slurry has met certain viability and purity criteria at the end of the Secondary Fermentation. Since these methods are beyond the scope of most homebrewing needs, there are some simple techniques to help determine whether repitching the yeast from a homebrew is a good option.

Homebrewers can evaluate the quality of the first beer brewed with fresh yeast for any faults. The beer should taste and smell good, have the expected characteristics of the yeast strain used, and have performed well during fermentation. From here, the homebrewer can refrigerate the beer for 2-3 days to allow the yeast to settle. Then, transfer the beer from primary fermentation into another carboy to remove the yeast that has settled, and use for another time. If the first brew was sluggish, stalled, developed any unexpected or “off” flavors or aromas, the yeast should be discarded.