English
High Quality Products Can Be Purchased.
You are here: Home » News » Knowledge of wort boiling

Wort is an unfermented beer. And due to the low fermentation process, nobody would want to drink this beer and wort simply tastes bad and light. So now you imagine a beer with no carbonation, bite, and clarity. Wort is known to be a ‘beer starter’. It consists of extracts of malt, which is from the grain mash, and water. Brewers take these elements and components of wort to an improved level by adding different flavors and using a different kind of hops. Then the entire process of wort needs to meet a steady boil for almost an hour for a hot breakpoint.

Among the major processes of mashing, lautering, boiling, cooling and fermentation of beer brewing, boiling is the most easily overlooked process. After throwing in the hops, it seems that the other time we can only watch the wort tumbling in the boiling tank.

But in fact, boiling is a very critical part of the brewing process. It plays an important role in linking the previous and the next. In this link, high temperature will inactivate enzymes, add hops for isomerization of a-acids, remove thermal coagulants and volatilize bad flavors, etc. But in fact, if we go deeper, we only serve one ultimate goal, which is to optimize the wort boiling process to prevent excessive heat load, reduce heat energy consumption, shorten wort boiling time, and speed up equipment turnover.

Therefore, in the boiling operation, it is not just as simple as throwing hops, but also pay attention to several aspects such as the wort boiling time, boiling method, control of evaporation intensity and boiling intensity.

What influence does the boiling have on producing the wort? 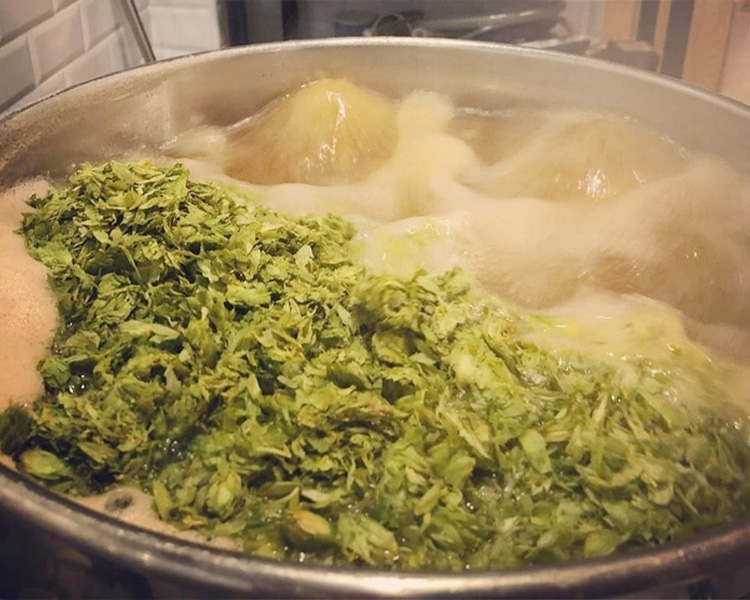 Why is the cooling process necessary?

This ingredient is used right after the hot breakpoint when it is assured what the proteins gathered visibly in the wort will not add or change the flavors of the wort further. Therefore, the whirlfloc is used to clarify the beer at this process. Then the wort is set to be cooled and then the yeast is added. Yeast then ferments the liquid wort into beer. Cooling is necessary not because it kills the yeast but because it ensures a proper fermented beer with a better taste. That is why wort is processed carefully because if the wort is good then the finished product (beer) will turn out to be perfect.

The boiling time, including the initial boiling, is generally controlled at about 90 minutes, and can be adjusted appropriately according to the specific conditions during boiling, but the longest is not more than 120 minutes, and the shortest is not less than 75 minutes.

Adding hops is an important operation in the wort boiling process. No matter how many times hops are added,hops should not be added too early.It is advisable to add hops 2 to 3 times, and the amount of each addition should also have an appropriate ratio, because the effect of each addition of hops is different.

During the wort boiling process, the wort concentration, evaporation intensity, degree of wort churning and protein coagulation should be checked frequently.

It is very important to boil the wort for almost an hour. Beers offers more than just a fun drinking experience. You feel the taste and ambience as well. It is very important for brewers to carefully boil the wort for around 60 minutes if they want to enjoy a perfect brewing experience. Boiling wort for an hour not only improves the taste of the end result but it also helps in killing harmful bacteria from the mixture. It should also be noted that if you boil it for less than 60 minutes then these bacteria might not be killed and if you boil it for than 60 minutes then this might kill the important nutrients from the beverage as well. Hence if you want to enjoy an optimum brewing experience with full nutrients in effect then it is crucial to boil the wort for at least one hour.