English
High Quality Products Can Be Purchased.
You are here: Home » News » How different ales age

We’ve talked about how long you should keep your ale before, while many would guess that longer is better that is no always the case. Some is better kept a year while others are better to drink very soon. But what is actually happening to the ale?

As a general rule, malty ales are better at aging than hoppy ales. Though there is more to it than that. Malty ales are helped by the high amount of residual sugars, this allows more or new flavours to be made over time. Of course more or new isn’t always better.While in a year there might be more change it could be that at 6 months the ale hits its best point. Hoppy ales on the other hand simply don’t last, the hoppy flavours are broken down. Although for some this may work, often as they break down bad tasting compounds are left behind. These aren’t the only factors that affect how your ale will come out, you really have to experiment with each recipe and it isn’t always true.

So what else do you need to know when aging your ale?

Oxidation is a huge factor. You don’t need to know all the science behind it, but it is the loss of electrons. The opposite reaction is reduction where electrons are gained, and through both of these a new and possibly unwanted compound is made. This is the problem oxidation causes, while it is not impossible for oxidation to add some hints of fruit or vanilla it is also responsible for many seriously bad flavours. If you have ever had a beer with a dull dirty taste it is likely because of oxidation. It can also create fatty acids like nonenal which is the cause of the wet cardboard taste you get in some bad beers. Basically you really want to avoid oxidation, this can be done the hard way by attempting to remove any oxygen but there are easier solutions. 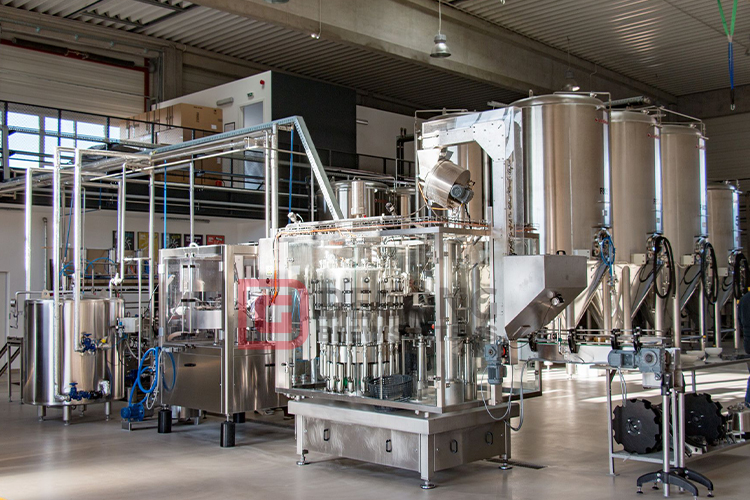 A complete brewery equipment in operation

A high Alcoholic content helps ale ages in many ways. To follow on from the last point a high ABV (alcohol by volume) helps stop the oxidation process producing the cardboard like flavours, instead usually adding a sherry like quality. Of course too much of this can still spoil a beer, oxidation does not prove as big a risk. High ABV ale also tends to mellow over time, which works well as they are often very malty ales. There won’t however be that much of a dramatic change in the percent of alcohol, neither up nor down. Your ale will stay around the same ABV no matter how long you keep it Which can be a long time seeing as ales of around 10% can be kept for 5 years or more.

Active yeast is also a good way to stop oxidation, it can cause other problems though. By using healthy yeast like in our kits it will keep active for some time. Like said above not so much that it will greatly change the alcohol content, a large enough increase could make the bottle go bang, but enough that it is having an effect. The problem is if the yeast undergoes autolysis where the yeast cells rupture. If it does so then nnards are released which add beefy, sharp, bitter, and sulphury tastes. This does not always happen though, in fact if your yeast is healthy and beer properly stored you will most likely avoid it. But the longer you keep the ale the more chance it will happen, so if you are planning on keeping the ale for a very long time you might want to consider filtering your ale.

Aging your ale is all about experimenting, you never really know what will work out but you can often identify what will go wrong. If you are ever unsure what will be better with age just leave a bottle aside, tempting as it is you might end up with an even better drink.