English
High Quality Products Can Be Purchased.
You are here: Home » News » Hoppy Vs Bitter: Understanding The Difference

Hoppy Vs Bitter: Understanding The Difference

When it comes to craft beer, there are lots of flavors and aromas to be enjoyed. Along with the wide variety of tastes and smells comes just as many ways to describe them. However, all too often the same words are used over and over. One specific term that is over used is hoppy. Most use this term to point to the bitterness of a beer. Let’s compare hoppy vs bitter to see if these terms are being used correctly and how we can better our vocabulary and expand our thinking.

And while much of this topic is centered around the IPA, these terms apply to many other beer styles. But let’s start with the “hoppiest” beer style; the IPA.

The Good And Bad Of The IPA

The India Pale Ale (IPA) has done amazing things for the craft beer industry. It is by far the most popular style and in many ways has paved the way for the explosion of new breweries and beers.

But this style has also led to a lot of confusion and misunderstanding. Any beer that has a hop forward profile is often referred to as some variation of IPA. There’s a whole topic about what an IPA once was and what it has become but that’s for another time.

For now, we are going to compare the two terms used most often to describe the IPA: Hoppy Vs Bitter.

In taprooms all over the country, there’s someone saying that they “don’t like hoppy beers”. But they probably mean that they don’t like beer that allows for a strong bitterness. This misuse has led to a great misunderstanding that all craft beer is by default hoppy and therefore bitter.

But the topic isn’t limited to IPAs because all beers have hops; however, it is impossible to look past the fact that this is the style that most think of when using these terms.

So while the IPA has increased awareness for strong flavored craft beer, it’s also creating a lot of confusion about what hops do to a beer. 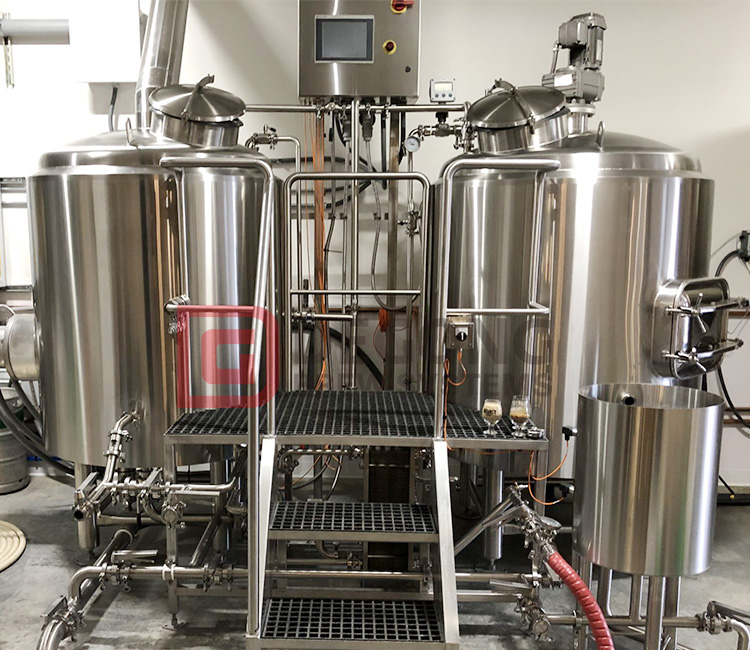 The Basics Of Hops & Beer

This is by no means a lesson in how to brew beer or the science behind hops but it is important to acknowledge a few key factors.

1: All Beers Have Hops

Hops are one of the four basic ingredients of beer. So even a beer that doesn’t taste “hoppy” still has hops in it.

Without hops, beer would be overly sweet. It is the balance between bitterness and sweetness that most seek in a quality beer.

Yes, hops provide the bittering element to beer but the level of bitter can range dramatically depending on the type of hop, amount used, and how it is ued.

4: Hops Have A Lot More To Offer

Outside of bitterness, hops have a lot of additional qualities they add to beer like aroma, flavor, and they are a preservative.

This all brings us to our main topic; Hoppy Vs Bitter. What is the difference and does it matter?

These terms are often used interchangeably but the reality is beer is best described when they are defined apart from each other.

A hoppy beer showcases the hop flavor and aroma of the hops.

Hops can do amazing things to beer. From fuity to piney to earthy to floral, hops can provide a huge range of flavor. These flavors are often tied to the geographic region that they are grown.

In many cases, hops will be used to provide bitterness and in the case of IPAs it often adds a lot of bitterness. But it isn’t necessarily connected. In fact, with the rise of the New England IPA, bitterness is becoming less connected to hops than ever before.

This is because brewers are intentionally using brewing methods that prevent hops from adding bitterness. They add the hops late in the brewing process where the hops only add flavor and aroma.

Modern beers are known for exhibiting huge amounts of flavor from the hops while keeping the bitterness so low that it is often undetectable. Some would even argue that it has gone too far and these beers would be better if the hops, bitterness, and malt sweetness were in better balance.

So hoppy just means you can taste and/or smell the characteristics of the hops which can be fruity, earthy, citric, floral, piney, etc based on the type of hop. It does not always mean that the beer is bitter.

Do you remember the “bitter beer” commercials? These ads taught a generation that beer should not have any perceivable bitterness but craft beer has helped correct that misnomer.

But many still shy away from beers with any level of bitterness and there’s nothing necessarily wrong with that. However, most find a moderate bitterness can actually be quite enjoyable.

And since years went by with commercials telling us bitterness is bad, we also determined that the term bitter shouldn’t be used to describe our beer. So we’ve defaulted to saying hoppy.

Beer can and often should be bitter. It is the bitterness that offsets the sweet grain flavors of beer. However, it’s important to also realize that bitterness has a huge range that should be understood.

International Bitterness Units (IBUs) is the scale used to measure the bitterness of a beer. It measures the isohumulone in a beer – this is an acid imparted from the hops.

The scale starts at zero and the higher it goes, the more isohumulone that is present in the beer. Most consider a beer with over 80 IBUs to be on the higher end of the scale.

But let’s slow down, just because a beer has a high IBU, doesn’t mean it will be bitter. Confused yet?

That is because we must consider relative and perceived bitterness.

When it comes to craft beer, there will always be styles that you prefer over others. However, that shouldn’t stop you from continuing to experiment and try different versions of the same style. It is the best way to learn and expand what you enjoy drinking.

When it comes to the topic of hoppy vs bitter; try to understand the terms and how they apply to what you are drinking. All beers contain hops but what they do to the beer can be dramatically different.

While it will add bitterness, how much is variable. And beyond that hops can add amazing flavors to the beer that can’t be found anywhere else. Embrace learning hop varieties and the unique characteristics they tend to bring to a beer.

If we all embrace using hoppy vs bitter in more useful ways then we can ensure that future beer drinkers won’t be afraid of hoppy or bitter beers.