Fermentation is the process by which fermentable carbohydrates are converted by yeast into alcohol, carbon dioxide, and numerous other byproducts. It is these byproducts that have a considerable effect on the taste, aroma, and other properties that characterize the style of beer.

The yeast strain itself is a major contributor to the flavor and character of the beer. Thus the choice of yeast strain depends on such things as the oxygen requirements, cropping methods, attenuation limits, fermentation rate, fermentation temperatures, flocculation characteristics, and the flavor profile (sulfur compounds, esters, fusel alcohols, etc.).

The brewer's ability to pitch the correct number of yeast cells to initiate fermentation is crucial to consistently producing a product of superior and constant quality. Pitching rates are governed by a number of factors, including yeast strain, fermentation capacity of the yeast, yeast viability, flocculation characteristics, previous history of the yeast, and desired beer flavor characteristics. Other considerations when choosing pitching rates include wort gravity, wort constituents, fermentation temperature, and the degree of wort aeration. For example, highly flocculent yeast strains may settle prematurely, requiring the brewer to either over-pitch or to mix and aerate the yeast by "rousing."

The pitching rates should be adjusted to account for the number of viable cells rather than the total number of cells. Dead cells can be determined by staining with methylene blue and counting with a hemacytometer.

Traditionally, brewers determine pitching rates on the basis of either the volume or the weight of yeast slurry to a known quantity of wort. Today most breweries determine pitching rates by a number of alternative methods including the use of a counting chamber (hemacytometer), centrifugation of the yeast slurry, electron cell counting, or of in-line biomass sensors.

A weight-based pitching is preferable to volume-based since volume varies with temperature, carbonation, liquidity of the slurry, and degree of yeast flocculation.

A better method in estimating cell concentration is to use a hemacytometer, which is a specialized slide with a counting chamber of known volume.

Another simple method is to centrifuge a sample to determine the ratio of solids in the sample thus the correct amount of yeast to pitch.

Although electron cell counting is very accurate, it records budding cells, chains of cells, and non-yeast aggregates as single cells.

Uninoculated wort is liable to contamination by many types of mold; bacteria such as Pediococcus, spp. 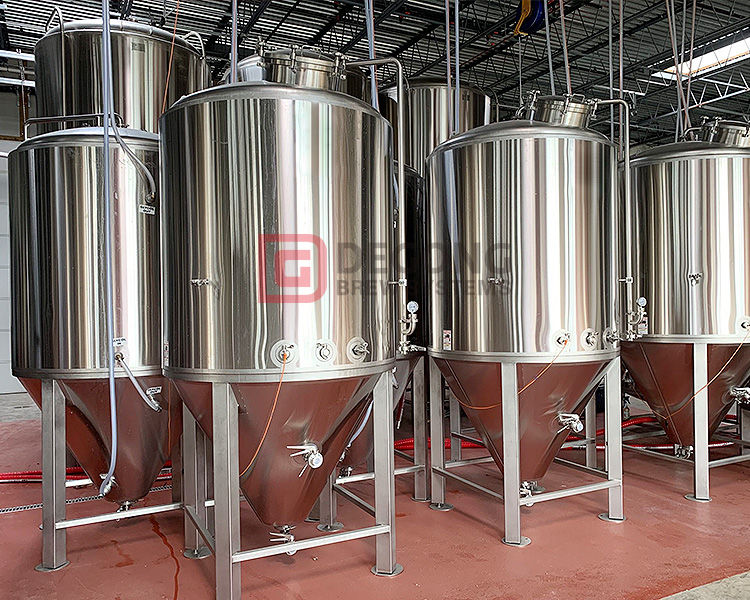