English
High Quality Products Can Be Purchased.
You are here: Home » News » What Is Sediment in Beer?

What Is Sediment in Beer?

Does Beer Have Sediment?

Most beer will have sediment.

Any bottle-conditioned beer will have sediment in it. It’s unavoidable.

You need yeast and sugar for carbonation to take place. Even if you force carbonate CO2, there’s still the transfer process.

Like when you siphon beer from your primary vessel to your bottling bucket.

If you’re not careful enough, you might end up collecting some sediment. And that inevitably ends up in your beer.

Does Unfiltered Beer Have Sediment?

Unfiltered beer has sediment, and here’s why:

First, you need to understand what filtration does to beer.

Beer is filtered to produce beer with more clarity. And to do that, you have to remove sediment from your beer.

So, what do you think unfiltered beer is like?

The result? You get a beer with more flavors and aromas! And also, sediment. 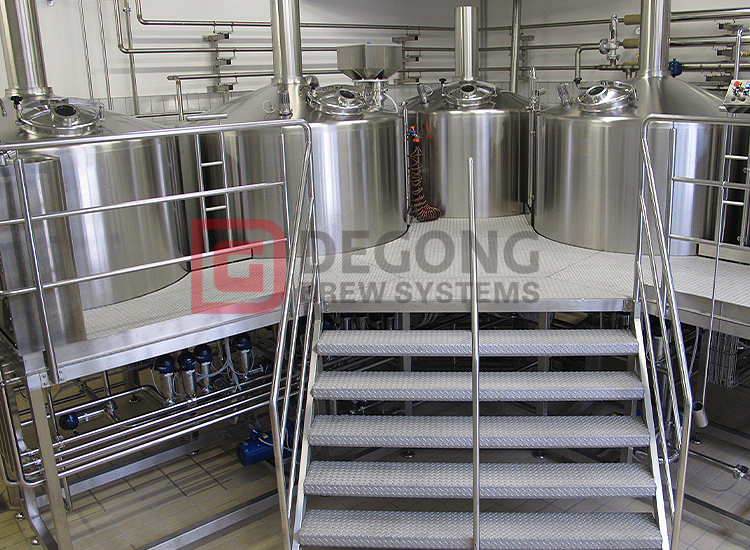 What Is Sediment in Craft Beer?

Sediment in craft beer is mostly yeast. Some will have hop particles too.

Why does craft beer have sediment?

It’s because of secondary fermentation. Technically, there’s active yeast eating sugar in the can or bottle to create carbonation.

After the yeast has done its job, it will eventually settle to the bottom of your beer.

If you agitate the beer or can, the sediment will be suspended in beer for a time. And after letting it rest, it settles back down to the bottom.

The same also goes for IPAs. Because IPAs require a ton of hops, you’ll also see protein particles in your beer.

And finally, other IPAs like a NEIPA, for example, are unfiltered. Combine that with the massive amount of hops and it’s inevitable you’ll get sediment.

However, there’s a fancier term for these particles you see in a NEIPA. It’s called colloidal haze.

What Is the Sediment in IPA Beer?

The sediment you see in IPA beer is yeast and protein particles.

This could also be the protein-polyphenol bond formed during the brewing process.

See – some IPAs will use a lot of grains in the brewing process. One example of that is a New England IPA.

The protein found in those grains will then combine with the polyphenols in hops. And the result is a colloidal haze or particles that give a NEIPA its hazy or cloudy appearance.

Is There Sediment in Wheat Beer?

Wheat beer will have sediment. And that’s actually not surprising since wheat beer uses a lot of wheat.

Can You Remove Sediment in Wheat Beer?

It’s not a good idea to remove sediment from wheat beer. And that’s because sediment makes up a significant flavor component in wheat beers.

Basically, you have to rouse your wheat beer so you get the full flavor package. It’s only achievable with the sediment.

In fact, there’s a proper way to pour a wheat beer so you get the sediment in your glass.

Here’s how to do it:

Is It Normal for Beer to Have Sediment?

It’s completely normal for beer to have sediment. It’s a natural trait due to the yeast added for bottle conditioning.

Some beer styles intentionally leave yeast behind as a flavor component.

And then there’s unfiltered beer. When brewers don’t filter beer, yeast and protein particles remain in your beer.

Sediment will typically look like white cloud-like particles floating in your beer.

However, when beer ages and not in a nice way, those particles are going to look well…

If you see that, it’s possible that the beer is old. But if you want to be sure, taste it.

Now, what about brown sediment? Or black sediment?

If it’s brown or black sediment, it’s not usually a bad trait. It could be dead yeast cells.

Yes – you read that right.

But it’s not harmful to your body. Although, the best thing you can do is taste or take a light sip.

If the beer tastes off, discard it immediately.

What if the beer still tastes good? Surprisingly?

Well, store it in your fridge in an upright position. Keep it cold and let it sit for a day. This way, all the sediment settles to the bottom of your beer.

And finally, when you pour it into a glass, keep an eye as you’re pouring. You’ll want to make sure none of the sediment ends up in your glass.