English
High Quality Products Can Be Purchased.
You are here: Home » News » The Pros and Cons of Drinking Beer After a Workout

The Pros and Cons of Drinking Beer After a Workout

Beer is the third most consumed beverage in the world after water and tea.

Although some people promote it as an ideal post-workout drink, beer is slightly dehydrating. Thus, you may wonder whether it’s as effective as other sports beverages like water, protein shakes, and electrolyte drinks.

Possible benefits of a post-workout beer

While beer isn’t an ideal sports drink, a few of its properties may support your body after exercise. Keep in mind that no conclusive evidence shows that drinking a beer after your workout is beneficial. Thus, more research is needed.

Beer is typically brewed from water, grains, hops, and yeast. As a result, it’s a moderate source of carbs, with the average beer containing 10–15 grams.

When you exercise, your body’s stored form of carbs — called glycogen — may become depleted. The extent of glycogen depletion depends greatly on the workout. Aerobic exercise, such as steady running or cycling, tends to deplete glycogen to a larger degree than exercises like lifting weights or short sprinting intervals. As consuming carbs following exercise can replenish your energy stores, beer may serve as a decent post-workout option on occasion.

During moderate to high intensity exercise, you lose electrolytes through sweat. Electrolytes are minerals, including sodium, potassium, magnesium, and calcium, that contain an electrical charge. They serve various important bodily functions, such as maintaining proper pH balance, balancing your water levels, and facilitating nerve transmission. Therefore, traditional sports drinks provide essential electrolytes to help you rehydrate after working out.

Notably, electrolyte beers have risen in popularity because they cause this same effect. These brews pack additional electrolytes — specifically sodium, potassium, and magnesium — making them a viable post-workout beverage. It’s important to note that excessive drinking may hamper recovery from exercise, which is why many electrolyte beers are low in alcohol.

Beer contains a good amount of antioxidants due to the naturally high antioxidant content of hops — a major ingredient in most brews. When consumed, antioxidants combat free radicals, which are unstable molecules that promote chronic inflammation and increase your risk of various ailments.

Specifically, beer is fairly high in polyphenols, which are antioxidants found in various fruits and vegetables. These compounds may be why modest beer intake is associated with improved heart health and a reduction in cancer risk.

That said, excessive intake of beer or any alcoholic beverages nullifies any benefits and increases your risk of disease. As such, moderation is key.

Potential downsides, risks, and side effects

While drinking beer after exercise is tied to potential benefits, several significant downsides may outweigh them. Furthermore, regular alcohol intake may become addictive, so you should always limit your consumption.

To counteract exercise-induced stress to your muscles, your body stimulates muscle protein synthesis — a complex process that creates new proteins to repair and strengthen the muscle. Several studies suggest that drinking alcohol following a workout may impair muscle protein synthesis. In turn, this may delay your recovery time.

One study in 8 active men found that muscle protein synthesis fell 2 hours after exercise when alcohol was consumed, though it’s important to note that the dose of alcohol was equivalent to 12 standard drinks — quite a bit more than people usually have.

Another study suggests that a low dose of alcohol — 0.23 grams per pound (0.5 grams per kg) of body weight — has no effect on muscle performance after strenuous exercise.

Based on the current data, it’s best to refrain from drinking large amounts of alcohol following exercise.

Hydration is particularly important when it comes to sports performance and exercise. Moderate alcohol consumption has continually been associated with a mild dehydrating effect. This is due to its diuretic properties, which cause a slight increase in urine production following consumption. That said, lower amounts of alcohol, such as those found in light beer, don’t likely produce a significant dehydrating effect. 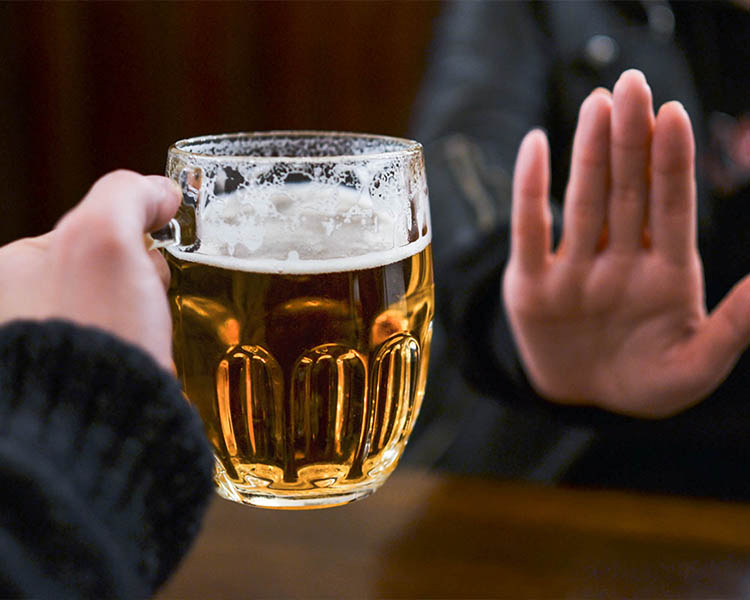 Beer may taste refreshing, but it isn’t an ideal sports beverage. Although drinking beer after a workout may offer a few benefits, it may also impair muscle protein synthesis and promote dehydration. In most instances, you’re better off choosing a non-alcoholic drink to replenish your energy levels and fluids.

Nonetheless, several beers are specifically formulated to provide electrolytes, which may help counteract these side effects.