"Strike water" is a term used in brewing beer that refers to the water that is added to the malted grains that then transforms into the mash. This process is also called "mashing in."

Homebrewers need to pay close attention to the temperature of strike water to ensure that everything in the rest of the process goes according to plan. The warm water activates enzymes in the malt, which triggers starch in the grain to convert into fermentable sugar. In general, the target temperature is between 148 and 158 F (65 to 70 C), held for one hour.

Why It's Called Strike Water

Since the initial chemical process to occur in beer making is the enzymatic activation of the malt (or crushed grains) with heated water, the temperature the water strikes (or hits) the malt is called the strike temperature. This initial water is referred to as the strike water.

How Much Strike Water You Need

The amount of water to add to the crushed or malted grain (also called the grist) is going to depend on the brewing method being used, the grains, and, essentially, your individual recipe. A general rule of thumb for a single-step infusion (mix) mash is to use 1.3 quarts of strike water for every pound of grain. This ratio is commonly used to brew ales.

The temperature of the infusion should not be a guessing game, but an exact science. Use a thermometer. It is important to have the right amount of heat for the "saccharification rest," which is another term for the mashing process. During the mashing process, the grain's starch converts into simple sugars, which in turn, will be fermented with yeast.

You can use a homebrewer's online calculator to find the strike water temperature you need based on your other variables like grain mass and the target temperature. Many homebrewers will heat their strike water in the brew kettle of a turkey fryer while others prefer to use their stove.

Most beginning brewers usually want to know if you add the strike water to the grain or add the grain to the strike water. There really is no correct answer. The consensus is that it is going to depend on your individual system.

The concern at this stage is to prevent the grains from creating dough-like balls when the water and grain mix. Proper and thorough stirring of the working mash should combat this problem no matter which element is added to the mash tun first. The mash tun is the vessel used when combining the heated water and grains to make the mash. Most mash tuns are insulated to maintain a constant temperature and most have a false bottom or a spigot so that the sparging process, or water draining, can be done in the same vessel.

Many homebrewers choose to add the water to the mash first, then pour the grain in a few pounds at a time, stirring thoroughly in between each new addition of the grain. This may be the easiest way for a beginner to control clumping and obtain a good mash. 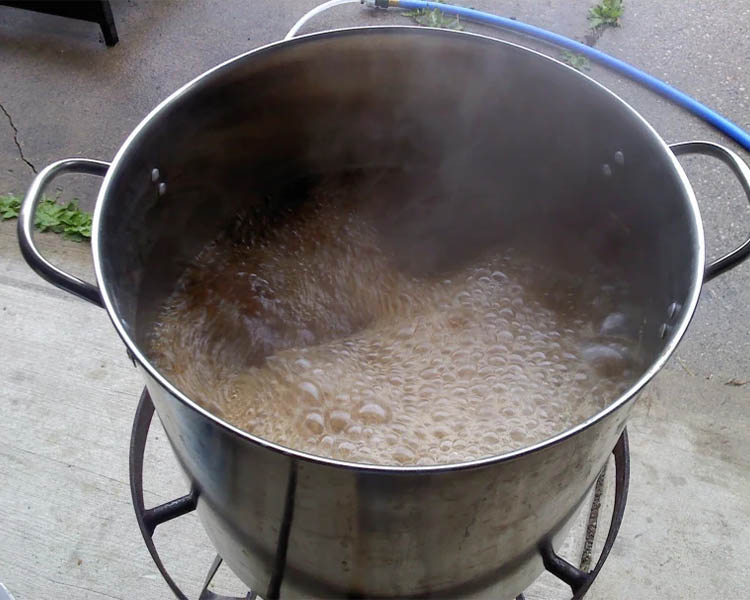