English
High Quality Products Can Be Purchased.
You are here: Home » News » How long does it take to ferment craft beer?

How long does it take to ferment craft beer?

That many people have tasted craft beer, but how long does it take to ferment the craft beer equipment? There are a lot of people who don't know, and if you're thinking about brewing beer for the first time, you'll have a lot of questions. One of them will be how long it takes to make beer. The best answer is – it depends. There are various recipes, brewing methods, and fermentation methods.

The production process of craft beer is a biological fermentation process, and the sugars in the wort are decomposed and utilized by yeast. Fermentation produces ethanol and CO2 and some fermentation by-products, which shows that the whole process is completely completed by the conversion of yeast. So, the length of fermentation time depends on whether the living conditions of the yeast are suitable.

In the brewing process of beer, there are three processes: saccharification, fermentation, and wine storage. Fermentation is a critical stage in beer making and it determines the quality of your product. The final brewing stage is when the yeast uses the sugar and converts it into alcohol. It usually lasts for at least two weeks. 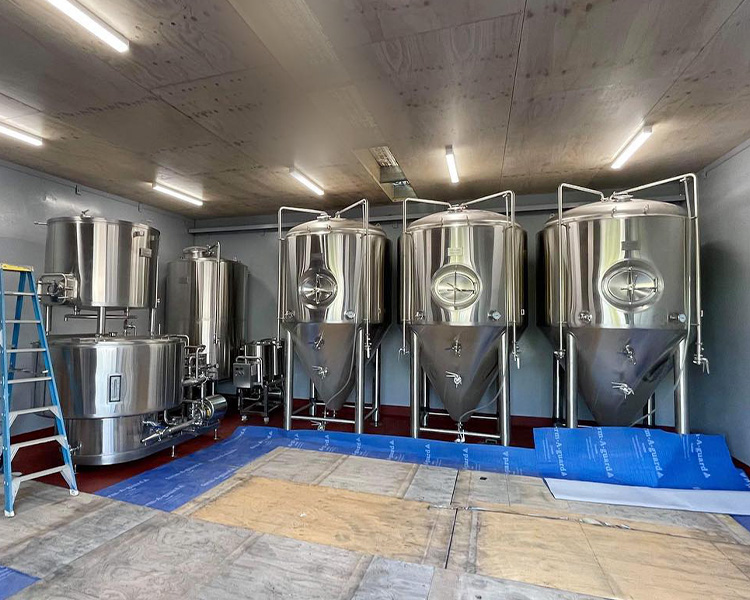 During the cooling process, the wort is aerated to provide oxygen for the yeast to multiply. Different yeast species have different requirements for dissolved oxygen content. The oxygen content of 4 mg/L is called the half-saturated state, and 40 mg/L is called the oxygen-saturated state. Yeast oxygen demand varies from 4 to 40 mg/L due to different yeast species. In the early stage of fermentation, oxygen is absorbed for phosphorylation to generate ATP, which provides the energy needed for yeast cell reproduction . So, the oxygen content of the wort is also a factor that affects the fermentation speed.