English
High Quality Products Can Be Purchased.
You are here: Home » News » Hops

Hops, a minor ingredient in beer, are used for their bittering, flavoring, and aroma-enhancing powers. Hops also have pronounced bacteriostatic activity that inhibits the growth of Gram-positive bacteria in the finished beer and, when in high enough concentrations, aids in precipitation of proteins.

Hops contain hundred of components, but most of the brewing value of the hops is found in the resins and hop oils.

Hop resins are subdivided into hard and soft, based on their solubility.  Hard resins are of little significance, as they contribute nothing to the brewing value, while soft resins contribute to the flavoring and preservative properties of beer.

Alpha acids are the precursors of beer bitterness since they are converted into iso-alpha acids in the brew kettle. The three major components of alpha acids are humulone, cohumulone, and adhumulone.

Isomerization - When hops are added to the boiling wort in the kettle, their alpha acids go through a chemical change known as isomerization.

Hops also contain a second group of acids known as the beta acids. The beta acids (lupulone, colupulone, and adlupulone) are only marginally bitter.

Although hops that have high alpha acid content are preferred for their bittering and flavoring properties, hops are also selected for the character of their oils. Oils are largely responsible for the characteristic aroma of hops and, either directly or indirectly, for the overall perception of hop flavors. Hops selected for character of their oil content are often referred to as aroma or "noble" type hops. Oils also tend to make a beer’s bitterness a little more pronounced and to enhance the body or mouth feel of the beer.

When hops are used in their raw or unprocessed form, directly from the bale, they are designated as whole, raw, or leaf hops. Although whole hops are not as popular today as in the past, some of the world's major brewers, as well as some craft brewers, use them in the belief that whole hops provide the best aroma. Brewers who use only whole hops believe hop products cause unacceptable flavor change in the beer.

In using whole hops, it is very important for the brewer to use fresh and well-cared for hops. The examination of a sample of hops by hand can reveal much about the sample that is not readily accessible by chemical means. Whole hops should be relatively intact. Pressing down the palm of the hand on the sample should show the elasticity or spring of the hops. Old hops, and in particular those poorly stored, become brittle and lose their "bounce." 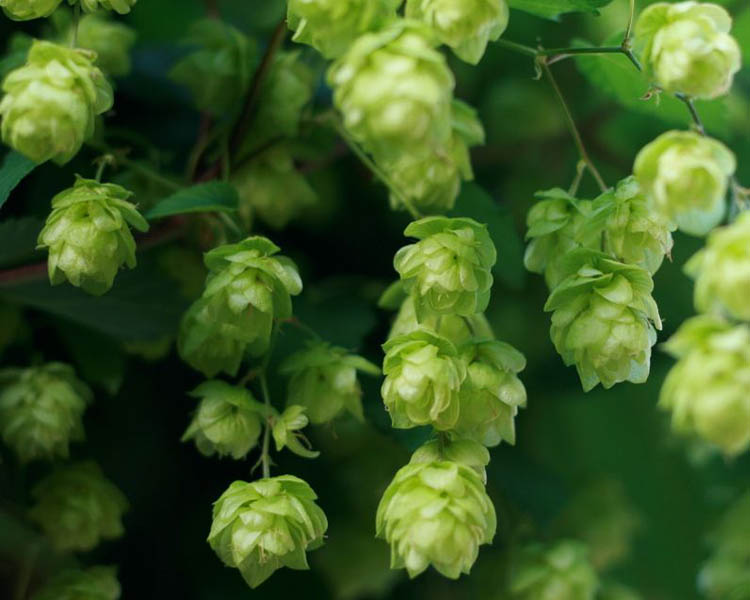