Hop utilization is the percentage of alpha acids that is isomerized and remains in the finished beer. The utilization of the bitter substances rarely exceeds 40% in commercial breweries and is often as low as 25% (31).

Not all of the bitterness potential from the alpha acid in the hop is utilized, which can be attributed to a number of reasons:

The isomerization rate is initially affected by the form of hops. Isomerization is slower and at a much lower rate with whole hops or plugs, slightly faster with standard pellets, and greatest with extracts.

Boil conditions can affect isomerization in a number of ways. For instance, the longer the boil continues, the more isomerization takes place, though eventually the reaction reverses itself, degrading the iso-alpha acids.

Isomerization is also affected by hopping rate; as the hopping rate increases, the rate of isomerization decreases. This effect can be partially offset by adding bittering hops in stages.

After fermentation, maturation and filtration conditions affect the extent to which not only bitterness, but also other hops components survive in the finished beer. 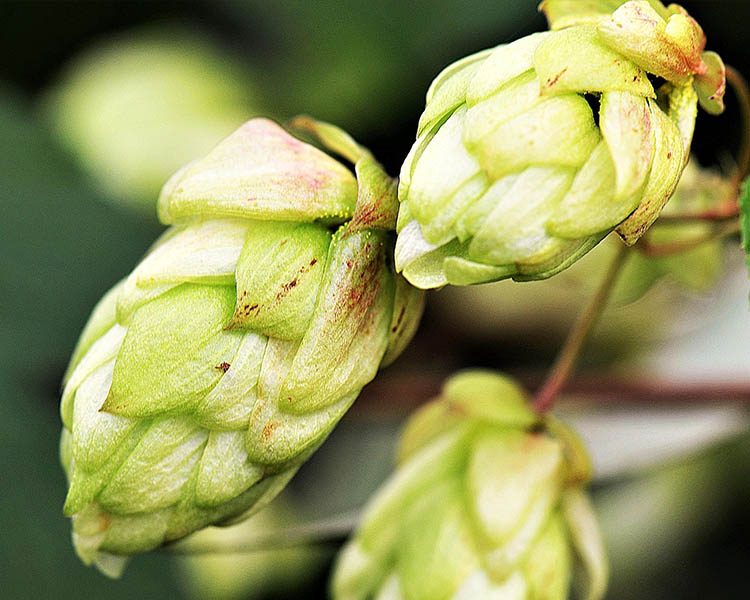