There are three main methods for brewing beer: extract, partial mash and all-grain. While there are a number of differences between the three, the main difference really comes down to how the base of the beer is created.

Extract and partial mash both incorporate the use of malt extract to form the base. This malt extract has been derived from grain but in its production the water content has been removed in order to enable improved preservation and transportation capabilities. This adds a convenience factor and provides the form necessary for the purposes of distribution and retail. All-grain brewing does not utilize pre-made concentrated sugars from the malt and instead forms the base solely from the grain in its original form.

The large majority of the homebrewing community has experimented with extract and partial mash brewing at one point or another because of its accessibility. The initial investment is cheaper and the room for error is limited compared to all-grain brewing, making these methods the ideal choice for those getting their feet wet in homebrewing.

The Pros of Brewing with Malt Extract

When brewing with malt extract you are not required to have a massive operation for the purposes of mashing down large amounts of grain. This means that the amount of equipment that you need to buy or even source from around your house is much smaller, which can in turn save your wallet.

As many have said, brewing is part art and part science. Though, you can’t have the art without having the science first. In other words, one must understand how the whole brewing process works before getting creative in modifying parts of the process or ingredient list.

With extract brewing the process is simpler mainly because you do not have to mash grain to create the wort or sparge to get the remaining sugars from the grain. These processes require additional monitoring of pH, temperature and gravity, among others, which creates more opportunity to miss the mark or create a batch that is slightly off from the intended result.

The extract brewing process includes fewer steps with fewer “moving parts” to have to keep an eye on making it an easier process for those that may not be well-versed in the ways of brewing.

In addition to having to monitor less closely, extract brewing completely skips the mashing step because the sugars that are needed have already been derived and concentrated from the grain by the company that produces the malt extract. This saves you a considerable amount of time in the end because most likely you’re only left with steeping a small amount of grain, the boil/hop addition(s) and the cool down. 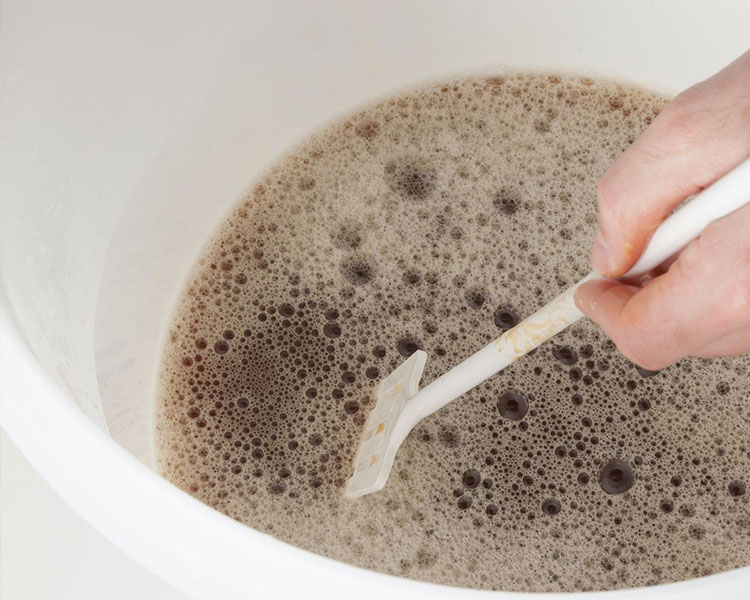 The Cons of Brewing with Malt Extract

Aside from yeast, malt extract is the most expensive ingredient that you can buy to make beer. And yeast can be reclaimed and reused to create batch after batch whereas malt extract is a one-and-done deal.

So, if you brew often and perhaps enjoy brewing higher gravity beers that require a hefty malt bill then you’ll quickly find that the costs of malt extract add up very quickly.

Perhaps the biggest disadvantage of using malt extract to create your beer is that it puts a limitation on the amount of control that you have in designing and creating the beer. There is an exceptionally wide range of malted grain for your choosing to brew with but the options when it comes to malt extract are far more limited. While this may not be a big deal to a novice brewer, it is a huge handicap for those that understand the full spectrum of aromas, colors, flavors and all the characteristics that the numerous types of grain can contribute to a beer.

When you use malt extract to build the base of your beer, you are then confined to the limits of that malt extract. The point here being that regardless of the other ingredients you add to the mix, the beer will ultimately be, to an extent, limited to the characteristics of the malt extract that you’re using. Think of it like an ice cream sundae. You can add all the toppings you want but no matter what, the sundae will only be as good as the ice cream used.

Now, this isn’t to say that malt extract is bad or tainted in some way — in fact, it’s more the opposite. These malt extracts are produced by professional grain companies that specialize in the highly refined process of converting grain into malt extract. They have it down to a science and have taken care of all of the hard work for you. But regardless of how well the process of converting grain to malt extract is carried out, it’s still the way that the grain company intended, which may not be exactly what you want. For novice to intermediate homebrewers this doesn’t make a difference but advanced brewers may want complete control over every aspect of the beer, which is where all-grain brewing comes into play.