When discussing craft beer and micro-brewed beer, there are commonalities that exist, but there are also significant differences. The terms are often interchanged because they are so confusing, but we’re here to set them apart for you craft beer lovers!

What is a microbrewery?

A microbrewery is classified by the number of beer barrels it produces in a year, which is a limit of 15,000 barrels of beer per year, and at least 75 percent of that beer must be sold outside of the brewery.

Although 75 percent or more of microbrewery beer must be sold at off-site locations, some microbreweries have beer on site in small tasting rooms or bars for consumers to visit.

What is a craft brewery?

A craft brewery brews no more than 2 million gallons of beer per year, and is owned independently. Unlike a microbrewery, a craft brewery has set limitations on the techniques of their beer production. A craft brewery’s beer must contain at least 50 percent traditional malt, rather than adjuncts such as oats, barley and wheat.

The term “craft” in craft beer pertains to the fact that these small breweries view beer production as more of an art form than their large-scale corporate competitors. Craft brewers are small and independent, and often strive to form a connection with their customers. They care more for their commitment to maximizing flavor and aroma with quality ingredients, both unique and traditional, than they care about profits.

Those in the craft beer industry take pride in their ingredients, equipment, and brewing processes. Because of that, American craft beer is typically brewed in smaller batches with premium quality ingredients rather than mass-produced, large-scale production beers.

So, what’s the difference between a microbrewery and a craft brewery?

The beer, the people, and the purpose of the brewery itself define a craft brewery, rather than merely a measure of size and distribution; while a microbrewery is defined solely by the quantity of beer it produces each year.

A microbrewery is best compared to a macro brewery, for both the terms differentiate the breweries based on production amount. Craft beer on the other hand is a product, not a measure of size. The misconception occurs when some beer drinkers assume because a microbrewery is small in size they are using craft ingredients, which as we have just shown is not always the case.

What to expect when ordering a craft beer? 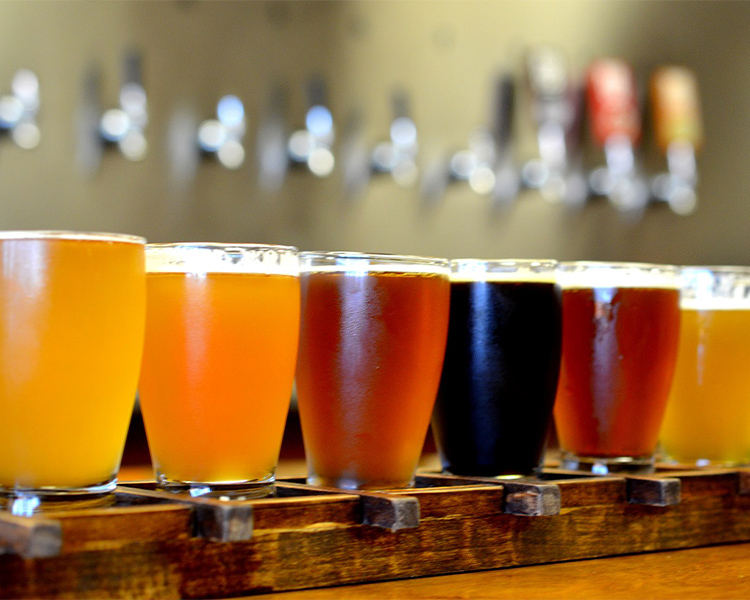