English
High Quality Products Can Be Purchased.
You are here: Home » News » Aerating Your Wort

Yeasts need oxygen to convert the sugars in the wort into alcohol and CO2 – turning the sugary malt water into a delicious and complex beer. During the wort boiling process, most of the oxygen is dissipated from the solution. To put much-needed oxygen back into the wort, home brewers use a technique called wort aeration.

It is highly recommended to add wort aeration to your process before putting in the yeast. If you like to brew strong beers - like Imperial Stouts or Barley Wines - aerating the wort will go a long way to help the yeast decay sufficiently. This will result in a clean beer and faster fermentation with no off-flavors.

What is the best wort aerator?

The best wort aerator is a kit because it's efficient, easy to sterilize, and affordable. Because it relies on pure oxygen for oxygenation, a wort aerator can get your wort ready for yeast in about a minute. 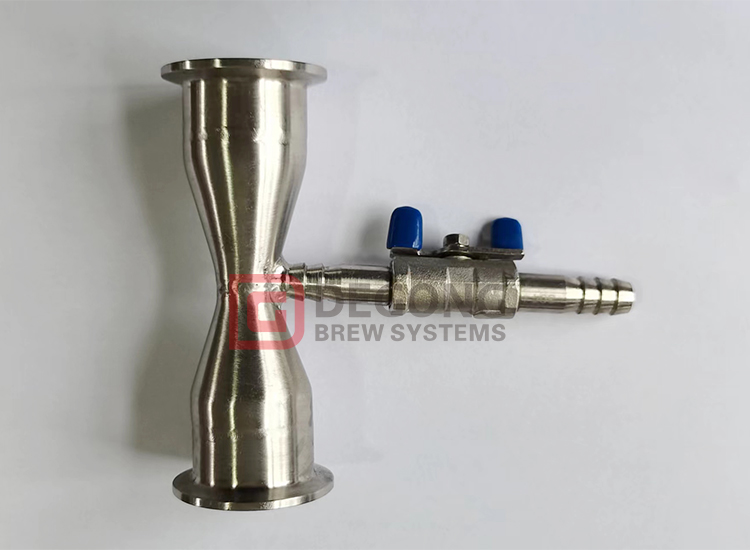 For a budget-friendly Wort aeration assembly, you can't go wrong with a DEGONG aeration system. While it relies on an air pump, which means the aeration process can be lengthy, it's easy to use and hassle-free. You also don't need an oxygen tank to use it, which will save a lot of changes in the long run.

For more manual wort aeration methods, there are some reliable ways to achieve good wort oxidation. Shaking, stirring and spraying the wort can all help make the most of the yeast for a strong fermentation.

Outside of the mechanical ways to aerate wort, there are a few handy old-school manual methods to make sure your yeast gets the oxygen it needs.

Allowing wort to splash into the fermenter incorporates some oxygen to give your yeast a better chance at a strong fermentation. There are a few different techniques for splashing:

Splashing can work in a pinch but it’s one of the least efficient ways to aerate wort. According to most yeast manufacturers, it doesn’t provide a sufficient amount of oxygen for a healthy fermentation.

In addition to splashing, you can also add in agitating the wort.

Agitating wort is the best manual way to get lots of oxygen dissolved into your wort. Shaking or stirring the wort will pull in air, creating a healthy environment for yeast. You can successfully agitate the wort by:

Shaking the fermenter can be dangerous, especially if using a glass carboy. It does, however, provide surprisingly good levels of aeration. It’s a tiring process but your yeast will thank you for the hard work.

Why Should I Aerate My Wort?

Adding oxygen to wort before pitching yeast is an important step to ensure a strong fermentation. There isn’t much oxygen in freshly boiled and cooled wort. It dissipates during the boiling process. For that reason, using a wort aeration method is essential to give the yeast a healthy environment to grow and fully ferment the beer.

For a healthy fermentation, most yeasts need a wort with about 8-10 ppm (parts per million) of oxygen. For high gravity beers, lagers, and certain yeast, even higher concentrations are recommended.

Diffusing pure oxygen, like with the DEGONG products, is the surest way to hit those levels. Using an air pump, a maximum of about 8ppm is all that you’ll end up with. Good enough for most styles, but lacking for others.

Using the manual aeration methods, attaining high concentrations of oxygen is difficult. Splashing will only get the wort to a few ppm of oxygen. Agitating can bring those levels up to around 8ppm with some muscle and dedication.

At the homebrew level, knowing the exact concentrations of dissolved oxygen in your wort isn’t possible. You’ll have to rely on trial and error to find the right mix of time and air/oxygen that works best for you.