English
High Quality Products Can Be Purchased.
You are here: Home » News » What are the stages of beer fermentation?

What are the stages of beer fermentation?

Fermentation is at the heart of the craft brewing process. During fermentation, the wort made from the raw material is converted into beer by yeast. Fermentation is when yeast produces all the alcohol, aroma and flavor compounds in beer. It is also “where the magic happens”. Fermentation is divided into 3 recognized phases: lag phase, active phase and stationary phase.

Once the yeast is cast, it goes into what we call a later stage. Although there isn’t any clear fermentation, there’s still something going on. Yeasts are absorbing oxygen from the wort (producing sterols), which are essential for reproduction and healthy growth.

Yeasts are living organisms, so they need oxygen. This is why wort aeration is important in commercial brewing. Yeasts need oxygen to grow and produce important cell wall components. Also to absorbing oxygen, yeast also absorbs vitamins and minerals needed for growth.

Depending on the beer style, visual activity will begin to be seen within 24-48 hours of pitching. Yeast is coming out of the lag phase and into the anaerobic phase. The lag period can be as short as 30 minutes.

Yeast cell counts increase during the active phase. Yeast starts to consume the sugar made on brewing day. Carbon dioxide is produced and a layer of foam can be seen.

As the number of cells increases, ethanol and flavor compounds are produced. At this point you can smell the fermentation. If neutral yeast is used, such as Fermentis US-05, it may smell like olive oil.

Activity at this stage is temperature dependent, and the higher the temperature, the more active the activity. Yeast consumes sugar in a certain pattern. Monosaccharides are first consumed with glucose, followed by fructose and sucrose, before entering metabolism. The glucose content in a typical beer wort is about 14% of all sugars.

The main sugar and the heart of the brew is maltose, which is an important flavor ingredient. Maltose makes up 59% of the wort sugar in a typical beer. Maltose is used by yeast to impart properties to beer that many brewers have planned in formulation development. When fermentation is at its most active, the foam at the top of the wort usually turns from yellow to brown. Brown spots made of oxidized hop resin can also be seen.

Lagers – For some strains of lager, brewers increase the fermentation temperature after 50 to 60% fermentation. They allow the beer to “free rise” and the temperature can be as high as 20°C (68°F). The elevated temperature will make the beer “self-purify”, reducing the rate of diacetyl. 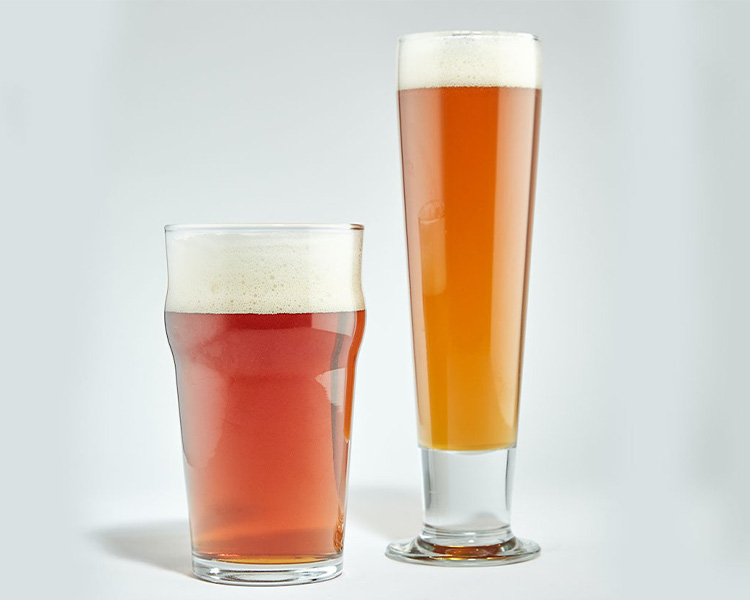 During the fermentation stage after most of the sugar in the wort is consumed, the fermentation rate drops sharply. During this period, most of the final sugars are consumed and some secondary metabolites are converted by yeast. As the alcohol content increases and sugar and nutrients are depleted, the yeast begins to flocculate and settle.

Yeast growth slows as the beer enters a stationary phase. Most flavor and aroma compounds have already been produced. These include fusel alcohols, esters, and sulfur compounds. During the resting phase, the beer is conditioned. Yeast reabsorbs diacetyl produced during fermentation. Hydrogen sulfide escapes from the fermenter as a gas. The attenuation level is checked by measuring the specific gravity of the wort.

If the brewery’s next step is to re-ferment the yeast, the brewery will first confirm that the quality of the harvested slurry has reached certain standards of viability and purity by the end of the secondary fermentation. Since these methods are beyond the scope of most homebrew needs, there are some simple techniques to help determine whether re-extracting yeast from homebrew is a good option.