English
High Quality Products Can Be Purchased.
You are here: Home » News » Yeast Smell in a fermenter

Yeast Smell in a fermenter

The main reasons for yeast odor during fermentation in conical tanks are as follows. 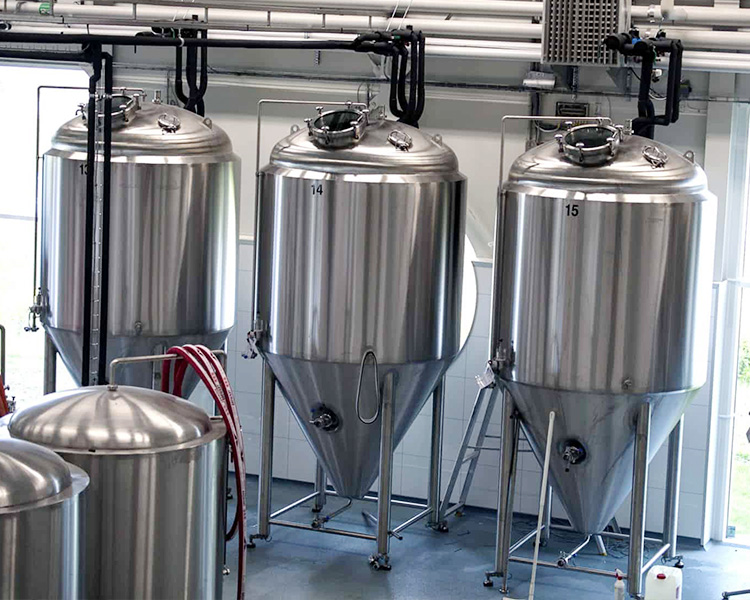 For beer brewery equipment cleaning, we all know that the cleaning agents is the mainly factor that influence the cleaning result. A good cleaning agent should be: easily dissolved in water; easy for cleaning; no corrosion for raw material; do not react with the salt in water; low cost; convenient for usage and lower pollution for our environment etc.

The organic acids with a lower corrosion compared with nitric acid. They are environmental cleaning agents, but with higher cost.

The common used ones are Sodium hydroxide and Sodium phosphate.

Sodium Hydroxide is a kind of strong base that can be a solid, liquid. It is basis of most of the cleaning agents and with a strong corrosion resistance. It is the basis for most of the cleaning agents,generally the fortified concentration at about 1.5-2%, and with sterilization function in the mean time. The sodium hydroxide liquid could be added with surfactant, that will reduce the surface tension of water and infiltrate the dirt, then make it fall off.

Sodium phosphate  Its aqueous solution is alkaline and could etch the aluminum and stannum. It is not good for our environment as it included phosphorus.