English
High Quality Products Can Be Purchased.
You are here: Home » News » What Is Wort in the Beer Brewing Process?

What Is Wort in the Beer Brewing Process?

Many things must happen in the brewing process before we even get to the fermentation stage, which is when beer actually becomes beer. It all begins with making the wort, which will give the beer its fundamental flavors, including those of the grains and hops that the brewer's recipe calls for.

Think of the wort as a "beer starter." It is the sweet, malty liquid that begins by converting the starches of malted grains into sugar (the process of mashing). Hot water is added to this mash to allow the enzymes to finish the conversion from starch to sugar. This is the wort.

The Makeup of the Wort

The wort then goes through a process called lautering. During this stage, the grain husks and other solids are separated from the liquid wort. Homebrewers will often skip the mashing and lautering stages by starting out with a liquid malt extract.

The resulting wort—that now clean, sugary liquid which can be as much as 90 percent water—is now ready for brewing. The color of the wort is the same as the final product. At this stage the carbohydrate and basic sugar content can look something like this:

Each grain will add different characteristics to the flavor of the finished beer. For instance, using rye in a rye IPA will give it a spicier flavor while the oats used for oatmeal stouts will produce a smooth, somewhat creamier taste. 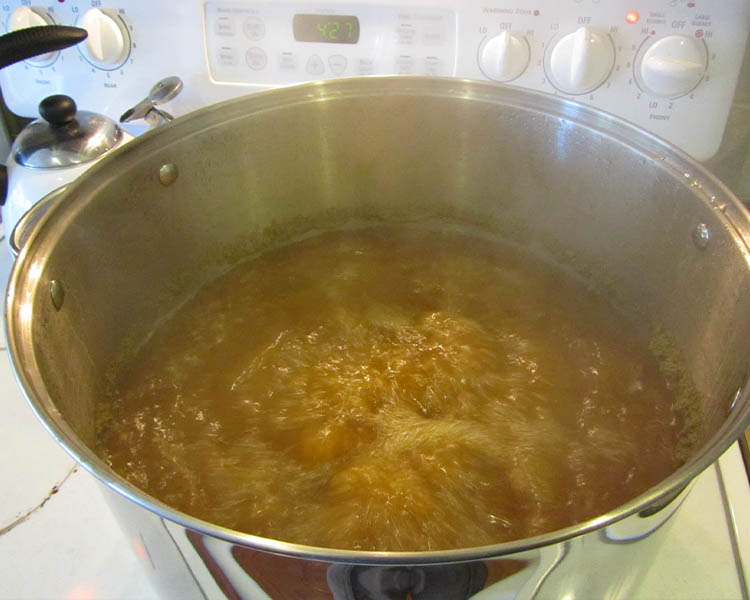 Boiling the Wort and Adding Hops

The wort must be boiled or it will remain unstable. Boiling is a vital step because it sterilizes the liquid and halts the starch to sugar conversion.

Hops are also added to the liquid wort during boiling. They serve a few functions, though the primary purpose is to add the final flavors to the working beer. Hops are often added to the boiling wort in three stages:

After boiling, this now-flavored wort is cooled. It is ready for the yeast to be added and for the process of fermentation to begin.