English
High Quality Products Can Be Purchased.
You are here: Home » News » What Is “IBU” In Beer?

What Does IBU Stand For?

Although you may sometimes see it written as Ibu, IBU is actually an acronym.

It stands for International Bitterness Units.

That sounds like a unit of measurement, and in fact, that’s exactly what it is. It also sounds like it measures how bitter the beer will taste. But that isn’t actually what it does – or not quite, anyway.

Bitterness is, after all, subjective. Think about food, for example. What might taste bitter to a white chocolate lover could be perfect for someone who loves 70 percent cocoa solids! And IBU is intended to be rather more scientific than that.

It actually measures the quantity of specific chemical compounds in the beer. The compounds in question are polyphenols and two types of alpha acids, isomerized and oxidized. It measures a few other kinds of compounds too.

What all these substances have in common is that they tend to give the beer a bitter flavor. In many cases, a beer with a higher IBU will taste more bitter than one with a lower measurement. But that’s not the whole story. 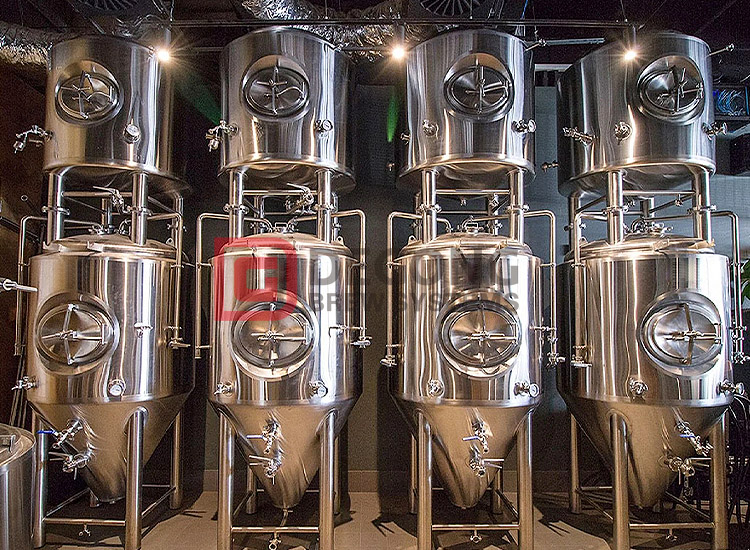 The way we experience the flavor of beer doesn’t just depend on the number of bittering compounds it contains. It’s also about the complex interaction between those compounds and other ingredients. These can either intensify or balance out the bitter flavors.

If your beer uses hops with a stronger malty flavor, for example, that will serve to regulate the bitterness. That means amber ales might not taste as bitter as you’d expect, even those with a higher IBU. Compared to a light ale with a lower IBU they may, in fact, taste less bitter.

What Is The Point Of IBU?

If the IBU is an imperfect measure of the bitterness you’ll taste in your beer, what is the point of it?

Well, it’s a useful tool for brewers, who use it to help ensure consistency between different batches. To do this, they use a process called spectrophotometric.

This involves taking a sample of the beer and adding acid and what’s called a non-polar solvent. These substances encourage the bittering compounds to separate out from the rest of the beer. After they’re added in, the mixture is shaken for about 30 minutes.

A sample is then taken of the part of the mixture that contains the bittering compounds. A device called a spectrophotometer then shines a light through the liquid and records how much light is absorbed. This figure is then multiplied by 50 to give the IBU.

The same measurement between batches means you’re likely to get a similar flavor from each batch. That makes it a great quality assurance tool. What the measurement doesn’t tell you, though, is how much you’ll like the taste.

There are a lot of different scales that can tell you different things about a beer, from its strength to its color. IBU tells you something about its bitterness, but it won’t give you the whole picture. And there’s no such thing as a “good” or “bad” IBU.

It’s most useful for brewers wanting to check that different batches of beer are consistent. But if you want to know how bitter a beer tastes, there’s no better tool than your tongue!

So next time you see an IBU value on a beer, you’ll know what it’s telling you – and what it isn’t. Cheers!