English
High Quality Products Can Be Purchased.
You are here: Home » News » What Is Cold Crashing in Brewing（C）?

What Is Cold Crashing in Brewing（C）?

Can You Cold Crash Any Beer?

Whether it’s a pilsner, lager, or IPA, go ahead and cold crash your beer. For beers that use a lot of hops in the brewing process, it’s even more beneficial to cold crash.

Why? As mentioned earlier, sediment isn’t just yeast particles. It could also be protein particles due to the massive number of hops and high-protein grains used.

Ever brew a NEIPA? It uses a ton of hops and high-protein grains. During the brewing process, the hop oils or polyphenols found in hops bind to the protein in the grains. This results in a protein-polyphenol bond also known as colloidal haze.

These colloidal haze particles along with the yeast particles become the sediment that floats in your beer. And that’s just one example. After all, you can cold crash every beer you brew from now on.

This way, it should help you siphon and rack beer without worrying about clogging your auto-siphon. Not to mention, all the sediment will be sitting at the bottom of your fermenter after a cold crash.

Should You Cold Crash a Lager?

Cold crashing a lager is totally fine. But if you’re not comfortable doing so, you don’t have to cold crash your lager either.

The effect cold crashing has on a lager is the same as for every other beer style. And that’s dropping more sediment and achieving clearer beer.

It’s a matter of preference, really. Some prefer to add gelatin to achieve good beer clarity. However, there’s one thing to note about adding gelatin if you’re bottling.

Gelatin can actually make your sediment looser once added to your bottles. At first, your lager will look crystal clear. But when you take the beer cap off and pour your beer, the sediment will rise and turn your beer cloudy.

So, if you want crystal clear beer, there’s no harm if you introduce cold crashing when brewing a lager. The main concern, though, is the right time to cold crash a lager. 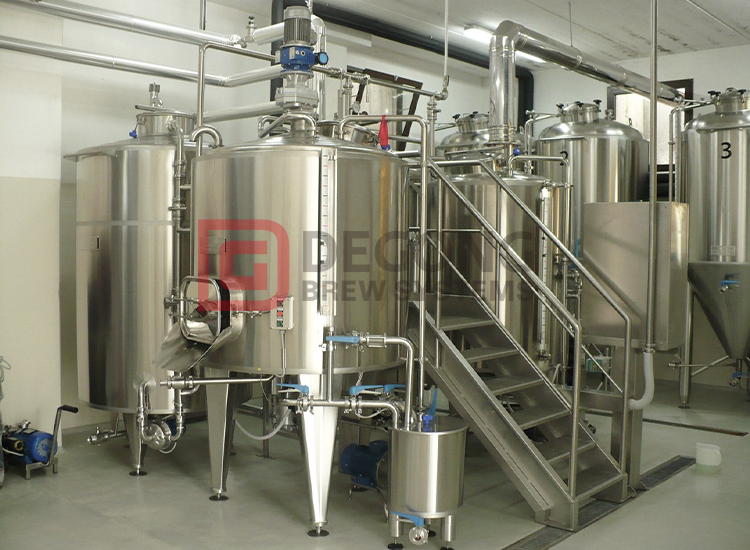 When Should You Cold Crash a Lager?

You should cold crash a lager after fermentation is complete and after you’ve performed a diacetyl rest. You remember diacetyl, right? The off-flavor in beer that tastes like butterscotch?

When brewing a lager, it’s essential to perform a diacetyl rest. Why? To eliminate diacetyl from your beer. Compared to ales, only lagers need a diacetyl rest. This is due to the temperatures that lagers are fermented at.

So, remember: If you plan on cold crashing your lager, make sure to perform a diacetyl rest first. Then, check if fermentation is complete. Only then can you cold crash your lager.

Do You Need to Cold Crash Lager?

Not necessarily. It all boils down to your preference. If you prefer to remove as many sediments as possible from your homebrew, cold crashing is a solid option.

For any beer style, cold crashing isn’t necessary at all. However, many homebrewers have adopted cold crashing as part of their brewing process for the benefits it provides.

For example, wouldn’t you want a lager that’s essentially more stable both in flavor consistency and shelf life? Not to mention, all it takes is placing your fermenter in a fridge and maintaining the proper temperature over 2 or 3 days.

When you think about it like that, why not cold crash right? But for others who prefer to keep their homebrewing process as simple as possible, it’s also fine if you don’t want to cold crash.

How Long to Cold Crash Lager?

Cold crashing a lager should take between 2 to 3 days. Some might extend the cold crash a little longer – about 4 or 5 days. As mentioned earlier, the time it takes to cold crash beer depends on how cold your beer gets.

The same goes for lagers. If you don’t have a fridge, using a cool box or an ice bath will still get the job done. The only difference between a fridge and an ice bath is that cold crashing will take longer in an ice bath.

At most, an ice bath might be able to bring your beer to about 40ºF (4.4°C) gradually. But again, this is also nothing to be concerned about. 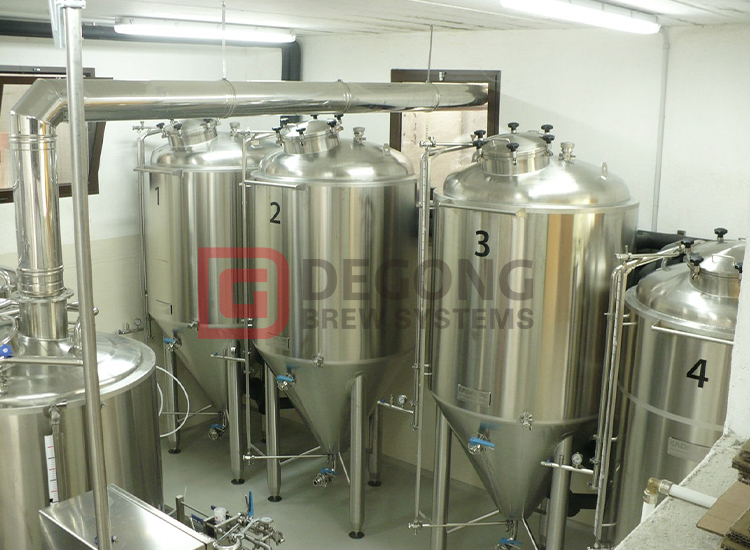 Do You Cold Crash Ales?

The same concept and explanation for whether you should cold crash lagers also applies to ales. It’s all a matter of personal preference.

And it’s also harmless because it doesn’t alter or change the flavor of your beer in any way.

When Should I Cold Crash an Ale?

Unlike lagers, ales don’t need a diacetyl rest before cold crashing. That means you should cold crash an ale after fermentation is complete.

In addition, feel free to cold crash straight from your fermenter. If you’re kegging, it’s a common practice to cold crash directly in the keg. For homebrewers that are bottling, transferring to a secondary fermentation vessel is an option. It’s not always necessary, though.

One benefit of transferring your beer to a secondary fermentation vessel or carboy is removing sediment.

Yes – you can remove sediment when you rack beer if you’re careful. Then, once cold crashing begins, you’ll be able to remove even more sediment.

Should You Cold Crash an IPA?

Yes, you can definitely cold crash an IPA. Just think of a crisp and bright-looking West Coast IPA as an example. That’s startling clarity for you.

It’s also worth remembering that IPAs use a ton of hops in the brewing process. And that means a considerable amount of excess protein and yeast particles. With all that excess yeast and protein floating in your beer, cold crashing should help those particles drop out.

How Long Should You Cold Crash an IPA?

You can cold crash your IPA for 3 to 5 days. Some homebrewers go as far as cold crash for a week, even. Now, don’t worry. There’s really no specific cold crash timeline you have to follow.

It’s all about cold crashing your IPA until it reaches your preferred clarity.

Should You Cold Crash a New England IPA?

If you’re thinking about whether you should or shouldn’t cold crash a NEIPA, cold crashing would help significantly. NEIPAs use a lot of hops along with a massive heap of grains. You can expect how much trub is going to sit in your fermenter after fermentation.

That means you’ll see a lot of excess yeast and protein particles floating in your beer.

But here’s the difference. NEIPAs are classified by their juiciness, fruitiness, and hazy/cloudy appearance. In other words, NEIPAs aren’t crystal clear like your West Coast IPA.

So why cold crash?

For one, skipping a cold crash doesn’t mean you won’t get crystal clear beer. There are several ways to achieve clarity in beer. Let alone, your beer’s clarity does improve over time while it’s in the bottle.

For a NEIPA, the reason for cold crashing isn’t to achieve a crystal clear NEIPA. It’s simply to help you remove excess yeast and protein particles floating in your beer. In addition, it’s going to help you siphon your NEIPA from your bottling bucket to your bottles.

The more suspended particles there are in your beer, the higher the chance of it clogging your auto-siphon. And surely, you don’t want that to happen, right?

How Long Should You Cold Crash a NEIPA?

The haziness you get from a NEIPA shouldn’t be from your trub or sediment. It should be from the protein and polyphenols from your grains and hops.

Sometimes, you might be able to finish cold crashing a NEIPA after 1 day. But even if your NEIPA looks clear, be sure to taste it first. If you taste any hop burn, let it sit in the fridge for an extra day or two.

Is Cold Crashing Worth It?

Cold crashing is definitely worth it; however, some might have gotten the wrong idea of what cold crashing truly does.

Cold crashing isn’t solely limited to the clarity of your beer. It’s not about making your beer pretty. It’s one of the benefits, but it’s not all there is to it.

And when you put it like that, it makes it seem like cold crashing isn’t worth it.

The reason why your beer turns clear is that cold crashing aids in dropping yeast and protein particles out of your beer. That includes hop debris caused by a large number of hops used in the brewing process.

That’s not all. If you’ve ever tried siphoning beer and experienced a clog, it’s because of hop debris, grain matter, or yeast particles. In other words, sediment. And when there’s a large amount of sediment in your beer, it could clog your auto-siphon.

That’s where cold crashing comes in. It ensures a smoother process when siphoning beer.

Sure – you could add gelatin or finings to your beer. And this works too. However, these can also alter your beer’s flavor to a certain extent. Whereas cold crashing doesn’t alter your beer at all.

The only downside is a longer carbonation time. But that’s not so bad now, isn’t it? In addition, all you really need is a fridge to cold crash. Alternatively, an ice bath or winter weather even works.

That alone tells you it’s cost-efficient. Ultimately, is cold crashing worth it? You bet it is.