The “modification” of grain during malting is solely the task of the maltster. The maltster will harness nature and natural processes to create the soul of every beer. Modification along with enzyme creation are the two primary goals of malting cereal grain. The brewer or distiller will use some of those grain enzymes in a mash, while other enzymes are used by the maltster to modify the grain. The purpose of grain modification is to make the starch and proteins in each kernel available, once available those starches will eventually become the most crucial ingredient to beer production - sugar.

Modification starts during the steeping of raw cereal grain. Near the end of steeping the maltster will use the water content of the kernels as a signal that germination has begun. At the same time, hormones will initiate that enzymes have started being created. Around 30-50 percent moisture, depending on the grain variety, lets the maltster know it’s time to end steeping and start germination. Now that the raw dormant kernels are awake and beginning to grow, the enzymes will begin to modify the grain. During germination some of the early enzymes created will break down the kernel’s cell wall matrix, which locks up starches and proteins. The breakup of these cell wall compounds, and opening the starches and proteins, is called modification.

During modification the enzymes degrade and solubilize the cell wall components, called beta glucans and pentosans. Again, by breaking up these cell wall components the starches and proteins become available. The enzyme xylanases will break down the pentosans and the glucanases break down the beta glucans. This modification makes brewing a delicious craft beer possible, and therefore finding quality malt is important in creating a quality craft beer.

Another advantage for the brewer to breaking down the cell wall molecules is that it makes for a smooth lauter. These molecules can be very viscous, and if the beta-glucan levels in the finished malt are too high, it can lead to lautering and extract problems. Maltsters and brewers will look at the malt’s beta-glucan levels as another marker to judge the quality and modification of the malt.

Extreme heat or cold during the steeping and/or germination processes or other climatic factors can destroy the proper chain of events in a kernel of grain, leaving undegraded beta glucans, pentosans, and proteins. This will certainly negatively influence the lauter during brewing. The maltster must properly control these factors to make a quality malt.

Malting innovations and barley breeding have provided today’s maltsters with the ability to create an ever better and flavorful product. Today’s craft brewers reap the rewards of these successes, creating better- and better-quality beer. Cheers! 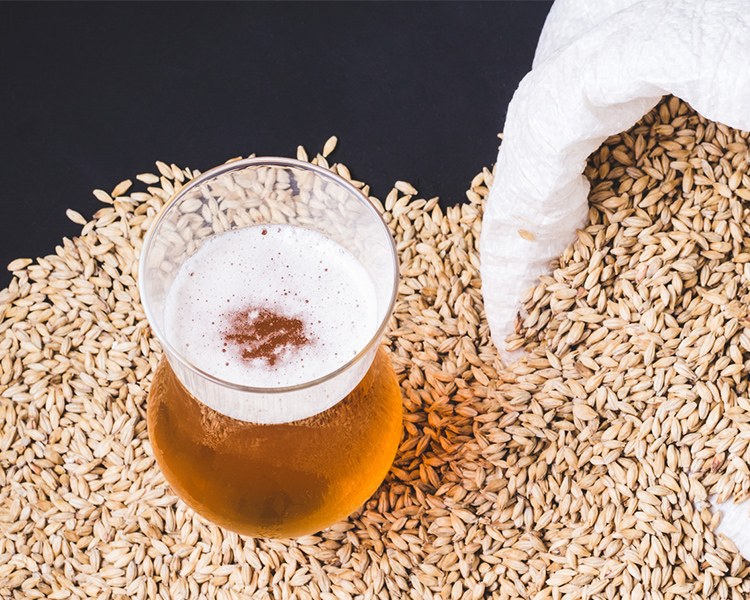