English
High Quality Products Can Be Purchased.
You are here: Home » News » Knowledge about fermentation vessels

Fermentation takes place when yeast converts the sugars in the wort (the liquid that is extracted from the mash) into alcohol and carbon dioxide. The carbon dioxide escapes from the fermentation vessel, while the alcohol remains in the beer. Fermentation usually takes place at a temperature of around 68 degrees Fahrenheit, but can occur at lower or higher temperatures depending on the type of yeast being used.

After fermentation is complete, the beer is typically transferred to another vessel, such as a keg or bottle, for storage or packaging. 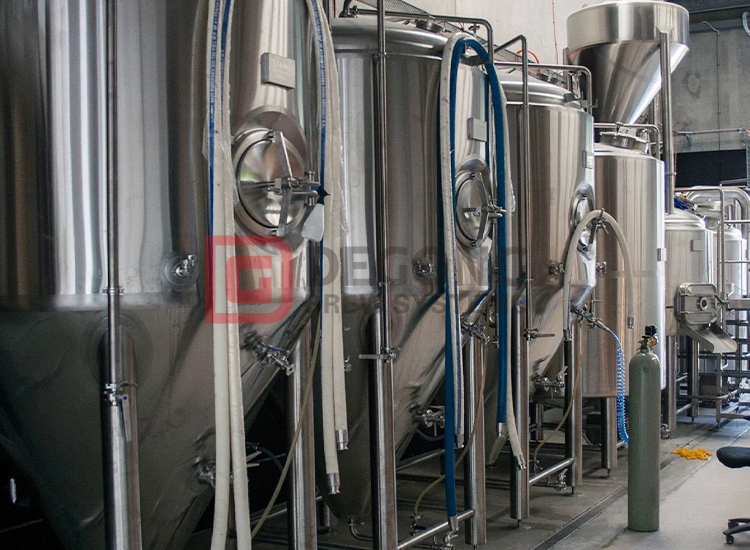 How Do Fermentation Tanks Work?

Can You Ferment In Stainless Steel?

Fermentation is a process that uses yeast or bacteria to convert sugar into alcohol or carbon dioxide. In order to do this, you need a container to hold the liquid that you are fermenting. Stainless steel is a great material for this because it is non-reactive and will not corrode in acidic or saline solutions. This means that your fermented beverage will be safe to drink and will not become “pitted.”

What Happens To Yeast After Fermentation?

Once yeast has consumed all the available sugar in the wort, it will become dormant and eventually die. However, this only happens after any food sources have been consumed. If there is not enough yeast present after primary fermentation has completed, the yeast will not be able to consume all the sugar in the wort, which can lead to off-flavors and/or stuck fermentation.

How Long Is Fermentation?

What Is The Best PH For Fermentation?

The best pH for fermentation is between 4.0 and 6.0. This is because yeast cells require a slightly acidic environment to do their best fermenting. At a pH of 4.0 or lower, the yeast cells will create more acids as they metabolize the sugar in the wort. This leads to a more sour beer with a higher level of carbonation. At a pH of 6.0 or higher, the yeast will produce less acid and the beer will be less sour but also less carbonated.

Conical fermenters are a newer option that are becoming increasingly popular among homebrewers. They’re made of stainless steel and have a cone-shaped bottom that allows the yeast to settle out more efficiently. This makes it easier to harvest the yeast for reuse.