The methods of separating whole hops vary considerably. In smaller breweries hops are removed by straining the wort through a cloth bag or a sieve while in larger breweries a number of whole hop separation systems are employed-such as a hop back or hop separator.

A more refined device for separating whole hops is the hop back that resembles a mash tun and is often employed by British brewers. Wort from the kettle is run into the hop back and strained by the slotted base.

The hop separator or strainer is only employed where whole hops are used and by large-scale breweries. The hop separator is an apparatus-a primary screen or slotted plates-through which the bulk of the wort flows. 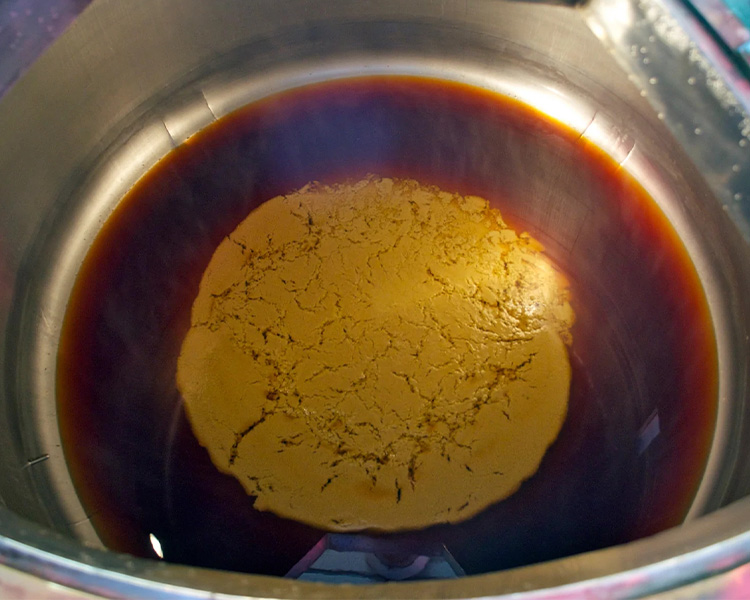 If pellets or extract are used, the wort may be clarified by sedimentation in a coolship, by a settling tank, a centrifuge or more commonly by a whirlpool or a combined kettle/whirlpool. It is recommended that clarification take place at the highest possible wort temperature in order to obtain optimum trub removal.

In the traditional method, the wort is cooled in shallow open vessels or coolships. The boiling wort is cast to a depth of 15 to 35 cm, where the hot break settles out, followed by the precipitation of some cold break. The wort remains in the coolship from 1 to 3 hours (depending on conditions) and in some cases up to 12 hours, cooling to approximately 60 and 77°C.

Successors to coolships are settling tanks that have flat or conical bases. Settling tanks take less space because they are deeper, and they are enclosed to reduce the risk of microbiological contamination. They are also often equipped with coil or jacket cooling.

Sometimes the wort is clarified by centrifugation, which spins the wort with high velocity, forcing the hop and trub debris to the side of the vessel. If the wort is heavily hopped, it may be necessary to pre-treat it through a strainer to remove some of the abrasive hop solids.

The whirlpool is the most widely used method for hot trub removal particularly in breweries that use hop pellets, powder, and extracts. Whirlpools cannot be used with whole hops unless a hopback or strainer is used initially.

The latest development in small brewhouses is the use of a combination whirlpool and brew kettle. The vessel, as its name implies, is used for wort boiling and as a whirlpool. The vessel can have an external wort boiler or calandria and no internal fountain or spreader. One external heater can supply two kettles; with one is acting as a whirlpool, the second is used as a kettle.