English
High Quality Products Can Be Purchased.
You are here: Home » News » Hop Varieties and Types

Let’s start with the definition of a “hop.”

They’re the flower of the hop plant, also known to very smart people as humulus lupulus.

They are the bringers of balance in the beer world. Without them, your beer would be dull, sweet, and flavorless.

Just like chefs add herbs and spices to their creations to entice the palettes of diners, so do brewers for beer drinkers.

Hops are added to beer during the brewing process for several reasons:

Before hops, people used just about anything they could to flavor their beer. Imagine using twigs and berries to flavor your beer (seriously, people did that).

Lucky for all of us, you can go get delicious, zesty, aromatic hops easier than ever before.

Before we get to the most popular hops for your beer, it’s important to understand the different categories of hops and their role in the brewing process. 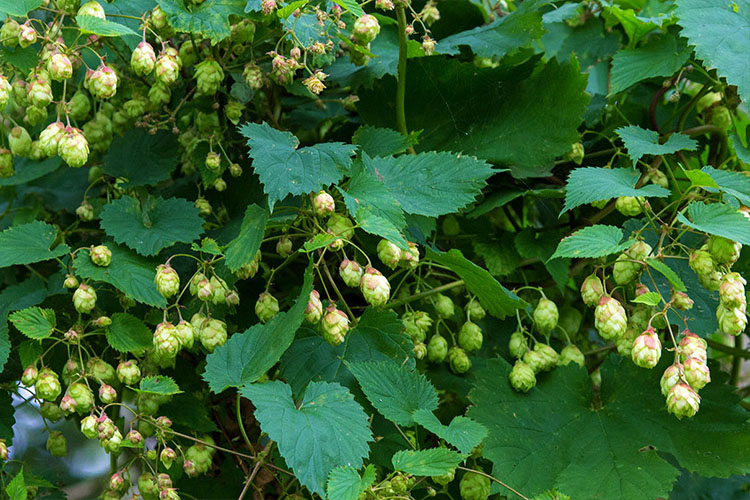 If you’re familiar with brewing, you know the term wort. It’s the sweet liquid byproduct of the mashing process (when grains steep in water to create fermentable starches).

Wort must then be boiled before it becomes your favorite bottled beverage.

During the boiling process, different varieties of hops are added according to their flavor profile and level of alpha acids.

New Term: Alpha acids: Alpha acids are responsible for the bitterness of beer and are found in hops. The higher the alpha acid measurement, measured as International Bitterness Units (IBUs), the more bitter the beer.

The 3 Best & Most Popular Hop

We’ve covered the most popular and delicious hop varieties and their flavor profiles in this article.

This is for you to get a good idea of what to expect, as well as their unique characteristics.

We’ll also include the types of beer they are normally used in.

Why go through the work of experimenting when big brewers have done it for you already? So…

Complete with pleasant fruit aromas and zesty hints of flowers, oranges, and vanilla, Bravo is a “super-bitter” variety of hops that is popular with pale ales.

The candied orange and delicate fruit notes mixed with its excellent bittering properties makes it one of the most popular varieties out there.

Another high alpha hop with balanced bitterness, Admiral’s aroma profiles are said to be anywhere from citrus to woody.

It isn’t as harsh or bitter as some others in this range either. Its resinous hop aroma also contains hints of herbal flavors.

Magnum is primarily a bittering hop variety used only for its extreme (but useful) bittering abilities.

The taste spectrum runs anywhere from pepper and nutmeg to a slight citrus tint. Its alpha % range makes it versatile enough to be included in multiple different types of beer.

Earthy, woody, and full-bodied, Fuggle is one of the most revered flavoring hops in the world. Its earthy tones make it perfect for English style ales, bitters, and porters.

If you’re going for pleasant flavors with a floral hint, you can’t go wrong.

The most popular hop in American craft brewing, Cascade is a hop variety that has unique and powerful floral tones to go along with a spicy and exquisite citrus character.

This aroma palette is well balanced by its bittering potential. Its medium intensity makes it one of the most recognizable tastes in the industry. It’s perfect for IPAs and American Ales.

The classic German hops variety (not to be confused with the American imitation) is the aroma hop associated with german style lagers, bocks, and weissbier.

This hop’s tale is one of a clash of two extreme opposites: bright fruit underpinnings and harmonic bitterness. Spicy, herbal, and fruity, these hops are as a versatile as they are delicious. 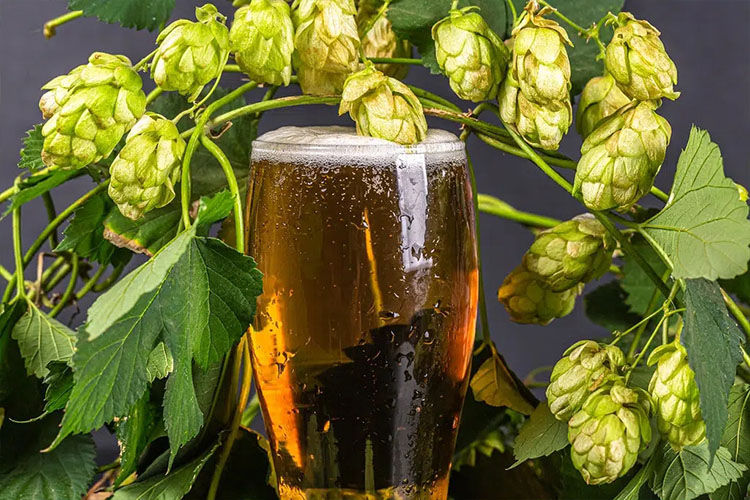 Very similar to Cascade hops, Centennial dual-purpose hops are characterized by pine and citrus notes as well as a distinct hint of citrus.

The mix of delicate and aggressive aromas makes the perfect scent to please the olfactory glands of craft snobs from Portland to Brooklyn, but its powerful bittering qualities let it stand up to a wide range of malt.

Your options are limitless. The choice is yours.

Despite its high alpha profile, this versatile hop variety is dual purpose and dang good at what it does.

The hint of grapefruit is balanced out by the taste of spices and pine, creating a beautiful harmony that brewers love.

Dry hopping with Chinook is becoming more popular as of late and can even result in smoky flavors.