English
High Quality Products Can Be Purchased.
You are here: Home » News » Features and working principle of conical fermentation tank

The Composition Of Fermentation Tank Equipment

The fermentation system includes fermentation tanks, sake tanks and yeast expansion equipment. The tank body is sandwiched by Miller plate, which is machined from 304 stainless steel.There is an inlet and outlet at the bottom, and a double-acting vacuum safety valve, a diaphragm pressure gauge, and a closable sight glass are installed at the top. The equipment is convenient for manual operation and manual cleaning, and has the fermentation plant technology and equipment manufacturing. It can realize automatic and semi-automatic control through the automatic control system, and control the fermentation of beer in the whole process. 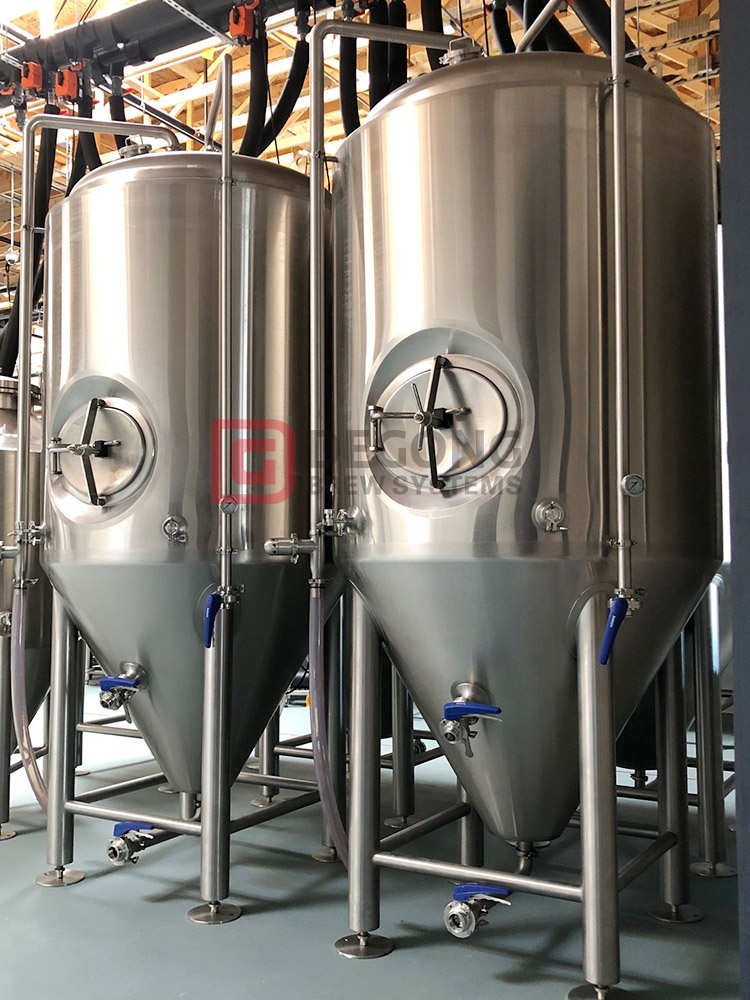 The size of the conical tank has not been regulated in the past, and the height can be up to 40m and the diameter can exceed 10cm. With the continuous improvement of fermentation theory and the inconsistent progress of winemaking technology. To meet the requirements of beer quality, conical tanks must be designed and manufactured according to certain specifications.

Yeast is not only subjected to hydraulic pressure, but also air pressure. If the factor of concentration CO2, that is, the phenomenon of concentration gradient, the physiological performance of yeast will be affected. If the height of the conical tank is too large, the convection of the fermentation broth is strong, and it is easy to form stirring fermentation. Thus, the height of the liquid level in the tank is an important parameter. Not only affects the composition of fermentation by-products, but also affects yeast activity and physiological metabolism.