English
High Quality Products Can Be Purchased.
You are here: Home » News » Differences in beer brewing equipment in different countries

A favorite beverage among many people, beer is probably one of the most common drinks consumed worldwide. When it comes to its actual preparation, there can be many different variations. From the equipment used to the recipes applied, there is a wide variation in the kind of differences that one can find, when it comes to the preparation of beer.

Some of the most common differences that can exist are listed out in the points below:

This is by far one of the biggest differences that can be noticed about the beer equipment, which is regarding its country of origin.

Not all countries produce the necessary equipment for the manufacture of beer. On the contrary, the production of the same varies between countries, due to the fact that some consume beer far more than others. The end result of this is that many of the beer making equipment is often imported in some countries, while others use machines that are locally made.

Another major difference about the equipment would be regarding the installed capacity. The term ‘installed capacity’ refers to the total production potential that exists in any given manufacturing plant, in a given unit of time.

In countries where beer demand is large, one finds equipment capable of satisfying this large demand. And the same holds true in those countries where there is demand for the beverage on a smaller scale, characterized by total brewing capacity being a lot less.

This is one of the most important differences around, when it comes to the variations between beers making equipment in different countries. The term ‘add-on equipment’ here refers to any extra equipment that may be installed in addition to the main or base equipment used for beer making.

The main reason this is done is to allow for any additional variations in the recipes to be accommodated, when preparing the beer. Depending on the kind of ingredients and preparation methods used in the beer recipe, the kind of add-on equipment will vary as well. Also to note is that this is something that applies to parts by both original manufacturer, as well as those made by third party vendors. 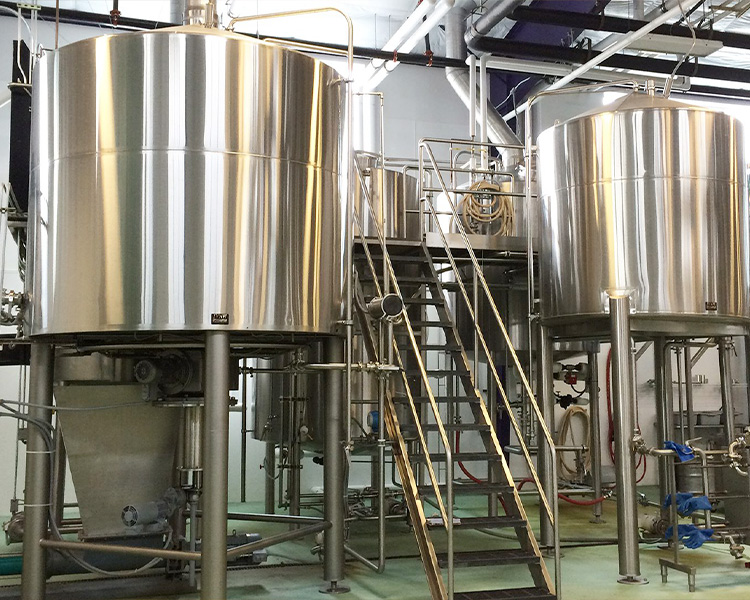 This is one of the more subtle differences that exist, which at the same time, are very important from a financial standpoint. In a way, it is related to many of the other points that are mentioned here.

The cost of the equipment will vary based on the location of production, cost of labor, import duties, foreign exchange rates and so on. All of these things will add up in the end, giving the final cost that the manufacturer will have to pay, in order to acquire the equipment.

The term ‘nature’ here is a reference to whether the servicing of the equipment exists within the country or outside it. One can see this difference in when comparing developed countries with developing ones, or those countries that have a steady beer demand with those that don’t.

In general, beer companies will set up their servicing centers in countries where there is an active market for their products. In the case of those places where there is no such demand, the companies usually set up the care centers in countries offshore. The reason for this is a fairly simple one, and it has to do with finance. It is a lot more affordable to have services in a country when there is an active market for the same. Likewise, it is very difficult to feasibly set up the same in those countries that don’t have a large scale demand for its product.

Also to add here is that the quality is a reference to both the quality of service by the manufacturer, as well as third parties.

This is in a way related to another point that was made earlier.

That there will be a demand for spare parts and add-ons is a given. At the same time however, it is not something that one can expect to be the same everywhere. This is because market demand, import and export laws, local requirements and other factors influence the kind of products that are available. The end result of this is that it makes the availability of spare parts and add-ons for the beer making equipment vary vastly, from one country to another.

This has nothing to do with the equipment itself, but rather the marketing and financial aspect of the business.

It is something that cannot be expected in places where there is no major demand for beer, as the market simply doesn’t exist, or is so small that it doesn’t mean much for a company to take seriously.

Last but not the least, the above mentioned list of differences are but some of the major ones that can be found, when it comes to beer preparation equipment.