English
High Quality Products Can Be Purchased.
You are here: Home » News » Causes of cloudy beer in small beer equipment

Sometimes, we will find that there are obvious turbid substances in beer, especially those who drink beer often, the chance of encountering this kind of thing will be greater, so what is the substance that causes the non-biological turbidity of beer?

In fact, the turbid substances in beer are mainly proteins, polypeptides, polyphenols, polysaccharides and hop resins. , hop resin turbidity, etc. Protein and polyphenol turbidity: The protein in beer is mainly derived from malt, and the proteins that cause the turbidity of the beer are gliadin and β-globulin; the polyphenols in beer are derived from wheat peel and hops, which cause the beer to produce turbid polyphenols It is mainly flavan hydroxyl derivatives, and other phenols can only act on the turbidity of beer when they are polymerized into polymers; the turbidity formed by proteins and polyphenols is mainly formed by oxidative polymerization under the action of heavy metals. According to its different formation, it can be divided into the following situations: 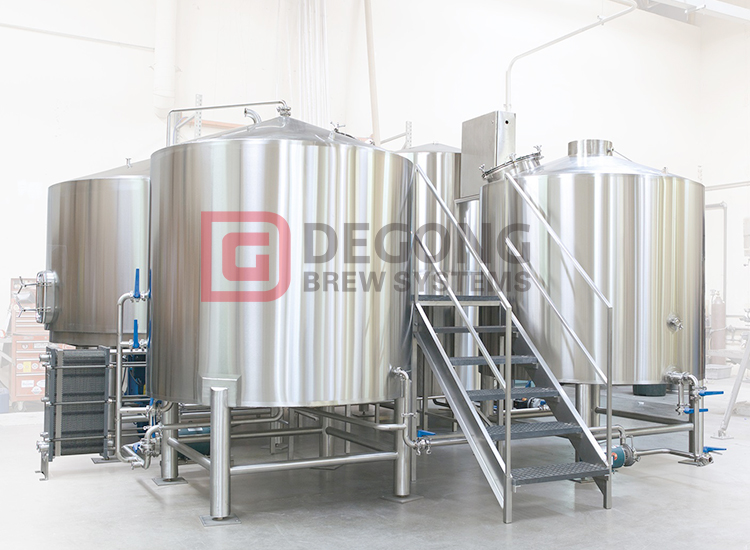 1. Cold turbidity: Beer stored at low temperature (0°C) will lose its luster and haze, but when the beer is heated to above 20°C, its turbidity will decrease or disappear, which is called cold turbidity or reversible turbidity. This is due to the presence of more β-globulin and δ-gliadin in wort and beer, which form hydrogen bonds with water at a suitable temperature and are water-soluble. The polyphenols are connected by hydrogen bonds to form small particles and precipitate, because the hydrogen bonds formed with polyphenols are weak hydrogen bonds. When the beer is heated to above 20 °C, the weak hydrogen bonds are broken, and the beer loses light and disappears, and the protein combines with water to form an aqueous solution.

2. Real protein turbidity (sterilization turbidity): Because the pH of the beer is close to the isoelectric point of the protein and the protein content is high, the protein water film in the beer is destroyed during sterilization and heating, causing it to denature and solidify, resulting in flakes, flocs, Cloudiness from lumps or particle suspensions.

3. Polysaccharide turbidity: It is mainly manifested as turbidity after beer sterilization, and when the beer is cooled to room temperature, it is redissolved, and the wine body becomes clear and transparent. The reason for this is the presence of dextrin or polysaccharide crystalline substances in beer.

4. Precipitation of organic matter: heavy metals, silicon oxides, calcium oxalate, etc., are also factors that cause abiotic turbidity. Heavy metals in beer mainly come from water and pipeline containers, and there are two reasons for turbidity: integration with the active groups of proteins and polyphenols to form precipitates; as catalysts to promote protein-polyphenol oxidation turbidity. Silicon oxides or silicates in beer are mainly derived from wheat husks, water and clarifying agents and filter aids, which form micelles during beer storage and cause siliceous precipitation. Calcium oxalate precipitation is mainly due to the reaction of Ca2+ of brewing water, wheat husk and gypsum added for saccharification with calcium oxalate, an intermediate product of fermentation metabolism.

5. Permanent turbidity (oxidative turbidity): After the beer is stored for a period of time, the polyphenol components anthocyanins and proteins in the beer are oxidatively polymerized to form oxidized polyphenols and polymerized proteins, respectively. The protein-polyphenol polymer precipitates particles from the beer, which appears turbid at first, but slowly precipitates on the bottom of the bottle to form a thin layer of loose sediment after standing, and the wine body gradually returns to clearness and transparency. This turbidity is irreversible.

6. Hop resin turbidity: After sterilization, a layer of flocculent, filamentous brown floating particles attached to the neck of the bottle (commonly known as "black neck") appears on the liquid surface of the beer, which is mainly the complex of oxidized hop resin and protein.

Do you have beer brewing equipment in your home? Let's brew it now! If you have any doubts or suggestions, you can leave a message to DEGONG. DEGONG has professional winemakers and equipment R&D personnel to provide you with professional solutions.