English
High Quality Products Can Be Purchased.
You are here: Home » News » Yeast, the raw material for craft beer brewing

Brewer's yeast belongs to the yeast genus. In wort, through the external cell membrane, they will absorb dissolved sugars, simple nitrogen substances, vitamins, ions and other substances, and then they use these substances through metabolic pathway, for their own growth and fermentation, and produce rich beer flavor substances at the same time. Therefore, yeast is the main player of beer fermentation and the soul of beer brewing. The type and quality of yeast determine the type and flavor of beer.

I. Morphological characteristics of beer yeast:

Individual morphology: Saccharomyces cerevisiae are generally round, oval or oval in shape. 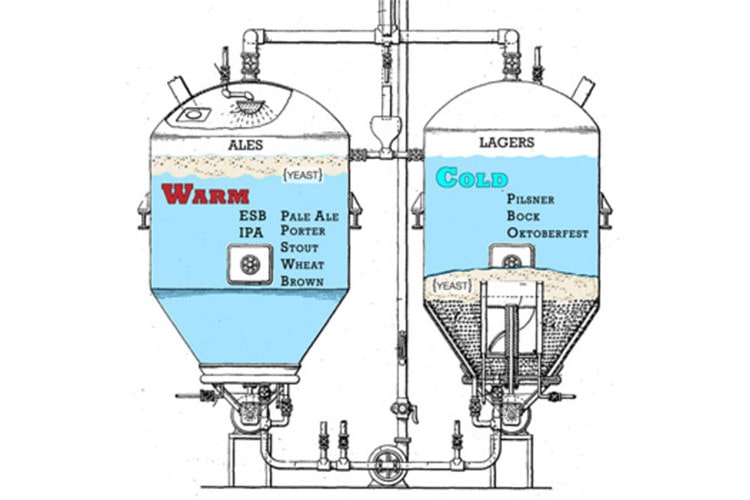 1.Adjustment period: This stage, also called initiation, is the process of metabolic activation. The duration of this stage fluctuates greatly, mainly depending on the organism type, culture algebra, culture conditions and other factors. Once the cells begin to separate, this phase is marked as over.

2.Acceleration phase: this phase is immediately followed by the adjustment period, the speed of cell separation is accelerated.

3.Logarithmic growth phase: In this phase, cells multiply logarithmically, with maximum and constant rate of proliferation. It takes the shortest time to form a new generation (that is, the time it takes to double the number of cells). The generation time was 90 ~ 120min under the optimal propagation conditions.

4.Deceleration phase: The logarithmic growth phase has a time limit due to various factors, such as the reduction of substrate and the increase of metabolites inhibiting growth, followed by a deceleration period in which the growth rate gradually decreases. 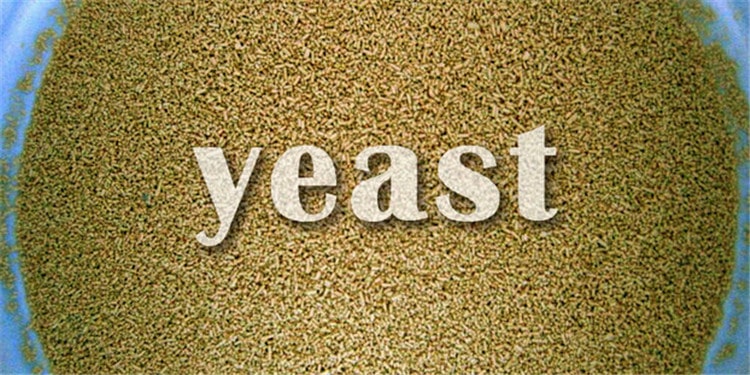 Top yeast: ① it is the original strain of beer yeast. (2) Bud clusters can be formed, which rise and enter the bubble cap of fermentation broth during vigorous fermentation, and their aggregation and precipitation are poor. ③ can form spores, can ferment 1/3 of raffinose, can not ferment mellediose. ④ Fermentation temperature in 15 ~ 25℃, commonly used 20 ~ 25℃, very sensitive to low temperature. ⑤ produce unique ester fragrance. ⑥ The fermentation degree of beer is higher.

Bottom yeast: (1) not easy to form bud cluster, daughter, mother cell separation quickly, the end of the main fermentation, yeast sedimentation in the bottom of the container, its condensation precipitation is strong. ②It is not easy to form spores, and can ferment raffinose and honeybiose completely. ③Fermentation temperature is 5 ~ 12℃, commonly used 9 ~ 12℃, can better adapt to low temperature. ④ Yeast washing can be carried out, but generally large tank fermentation process is rarely recycled after yeast washing.

After inoculated with yeast, started under the condition of wort oxygenation, restore its physiological activity, with amino acids as the main source of nitrogen in wort, fermentable sugar as the main carbon source, respiration, and obtain energy and breeding, producing a series of metabolic by-products, since in the alcoholic fermentation under anaerobic conditions. The formation and decomposition of fermentation by-products: green flavor substances: diacetyl, aldehyde and sulfide, which make beer taste not pure, immature and uncoordinated. Aromatic substances: high alcohol, ester, determine the aroma of beer. The quantity and nature of the above main and by-products determine the quality of beer. They affect the quality of beer in the following aspects: (1) taste: high content of diacetyl has sour rice taste, high content of acetaldehyde has green taste, high content of alcohol has different odor, etc. (2) foam: high CO2 content leads to more foam. (3) fragrance: high content of ester substances will bring different ester fragrance. (4) Stability: including flavor stability, biological stability and non-biological stability.

Expansion culture of brewer's yeast refers to the process of culture from inclined seeds to seeds for production. The purpose of expanding yeast culture is to provide sufficient quantity of good and strong yeast strains in time to ensure the normal production and get good beer quality. In general, the process of yeast expansion culture can be divided into two stages: laboratory expansion stage (gradually expanding from the inclined tube to the strain in the cartesian tank) and production site expansion stage (gradually expanding from the cartesian tank to the zero generation yeast in the yeast reproduction tank). In the process of expanding culture, strict aseptic operation is required to avoid contaminating miscellaneous bacteria and the amount of inoculation should be appropriate. 1. Isolation of the original strain by plate separation and culture method; 2. Expanded culture in the laboratory by inclined tube → Fuller flask or test tube culture → Pasteurian flask or triangular flask culture → Cartesian tank culture;3, the production site expanded culture Hanson tank → primary breeding tank → secondary breeding tank → fermenter 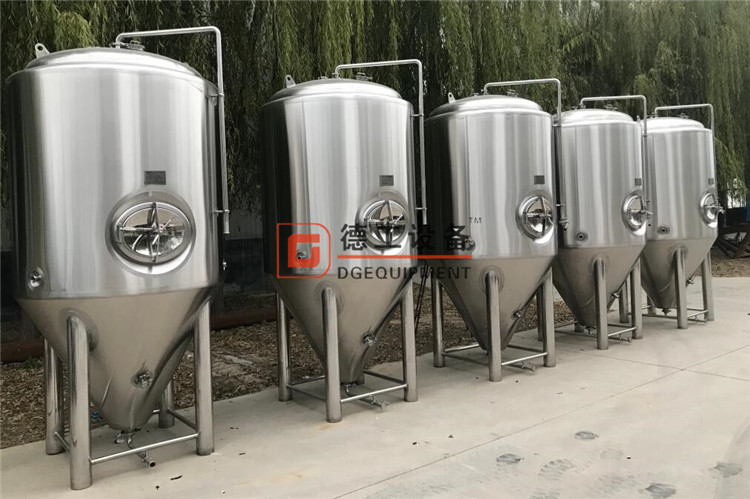 The beer brewing process is simple and complex. It is simple because there are four main raw materials for beer production, water, malt, yeast, and hops. The main reason for the complexity is that if you want to brew a beer that meets your requirements, you need to strictly control. From the procurement of equipment, the procurement of raw materials, and the control of various indicators in the brewing process, these all require professional brewmaster to complete.

What DEGONG can do for you is to provide you with a good quality beer equipment and give you a good start to your beer business.