English
High Quality Products Can Be Purchased.
You are here: Home » News » Whiskey, Wine and Spirits Aging: The Science of Aging Barrels

Whiskey, Wine and Spirits Aging: The Science of Aging Barrels

Everyone knows that a well-aged whiskey has panache. The older it is, the more stylish, tasteful, and sophisticated. It’s a part of our culture.

But few people actually understand how the aging process works. It turns out, it’s not just a marketing gimmick, not even close. Spending years in aging barrels is what makes whiskey, whiskey.

In this article, we’re going to teach you the science of aging whiskey. It’s a beautiful process and it deserves our appreciation. So read on and become a barrel-aging expert.

Why is Barrel Aging So Important

If you want to convince yourself of the importance of barrel aging, the easiest thing you can do is take a sip of an unaged whiskey. Unaged whiskey, also known as white dog whiskey, is becoming increasingly popular these days. And to be honest, we’re not quite sure why.

It’s not that white dog whiskey is necessarily bad; it’s just that it lacks all the things that make whiskey great. It’s clear and uninteresting. It doesn’t have the complexity of flavor and aroma that you associate with a well-aged whiskey.

All of those extra flavors and aromas that make whiskey so much better than vodka come from the aging process. So let’s dive into the science.

A well-aged whiskey starts with a well-chosen and well-prepared oak barrel. Oak is the ideal wood for aging whiskey for a variety of reasons:

Oak is low in resins compared to other types of wood. Resins give off a strong sappy taste, and we don’t know many people who like sappy whiskey.

Oak does have plenty of other delicious organic compounds (which we’ll talk about below) that give whiskey its flavor.

Oak is porous enough that oxygen can enter the barrel and vapors can leave the barrel but not so porous that the whiskey will leak out.

Once you have your barrel, you’ll pre-treat it. Pre-treatment usually involves heating the inside of the barrel until it chars. This charcoal will act as a filter, giving the whiskey that smooth, crisp taste. 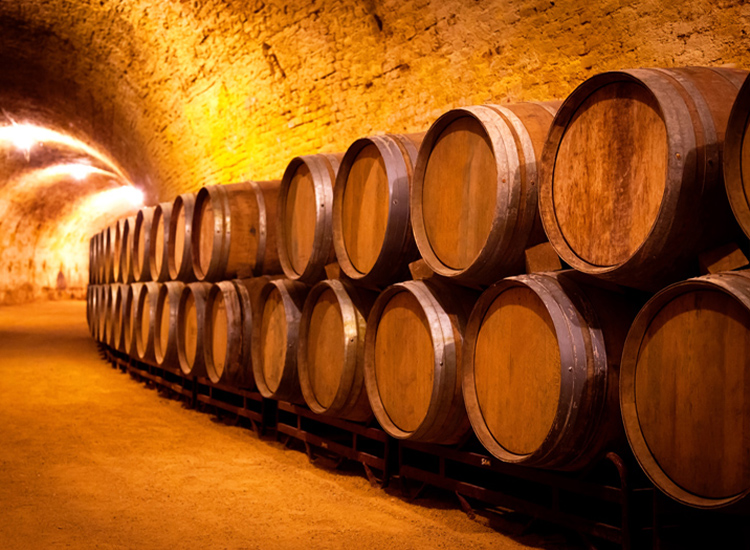 Aging Barrels Give the Whiskey Flavor

Aging barrels do far more than filter the whiskey. They give it its flavor, its color, and its smell.

This is the bread and butter of the aging process. As the temperature fluctuates in the warehouse, whether from day to day or season to season, the pressure in the barrels increases and decreases in response. When the pressure is high, the whiskey seeps into the pores of the barrels, and when the temperature drops, the whiskey oozes back out again.

Through this process, over years and years, the whiskey extracts a variety of delicious compounds from the wooden walls of the barrel. The three most important compounds you need to know about are lignin, lactones, and tannins.

Lignin breaks down into other compounds that give the whiskey clove flavors and smokey flavors. It also adds vanillin to the whiskey, which as you probably could’ve guessed, gives it a vanilla flavor.

Lactones are associated with a buttery, coconut flavor. Oak barrels from the United States tend to be higher in lactones than their European counterparts. That’s why bourbon tends to be butterier than scotch.

Finally, tannins give the whiskey the astringent taste that is often referred to as “wood spice.” While most barrels are chock full of tannins, they leave the barrel at a slower rate than lignin and lactones. That means that the longer you age a whiskey, the more wood spice flavor it will have.

The Effect of Temperature on the Aging Process

As we noted above, temperature fluctuations are essential for the aging process. Without them, the whiskey wouldn’t extract the necessary compounds from the wood.

But the size of these temperature fluctuations is also important. In Kentucky, where Bourbon is made, days are hot and nights are cold. While in Scotland, the home of scotch, temperatures are much more consistent.

That’s why Scotch is usually aged for much longer periods of time than bourbon. The extreme temperature fluctuations of Kentucky mean bourbon ages much quicker. 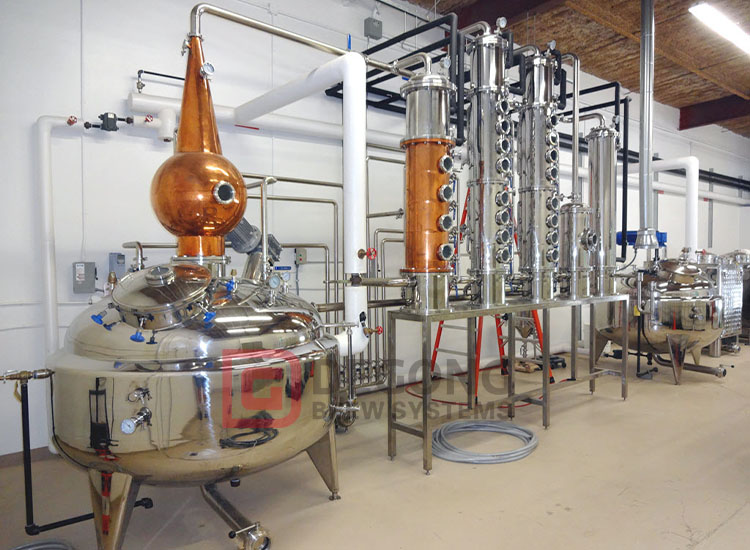 A final element of the aging process is evaporation. Over time, alcohol, water, and certain compounds will evaporate out of the aging barrels. This is what’s known as the “angels’ share.”

While this might sound like a tragic loss. Evaporation is essential to the aging process and it’s indicative of a healthy whiskey.

Alcohol and water evaporate at slightly different conditions. If your barrels are in a humid environment, much more alcohol will evaporate than water. While if they’re in a dry environment the evaporation will be evener.

No matter what your environment is like, alcohol evaporation means your whiskey will lose its spirit character over time. It’s possible to age a whiskey too much.

Give it a Try

Now that you understand the science of barrel aging, it’s time to try it yourself. You can turn any bland liquor into something delicious with a little patience.