English
High Quality Products Can Be Purchased.
You are here: Home » News » When to Add Hops During the Brewing Process

When to Add Hops During the Brewing Process

Beer hops are typically added to wort in 3 stages during the boil: bittering, flavor, and aroma. These stages have to do with what role they are playing in your beer, and are not associated with a specific type of hop. In other words, the same hop variety might be used for bittering, flavor, and aroma. Not all beers will have 3 additions; some may have only one, some may have up to 5 or 6 additions. All beers do have at least one hop addition for bitterness, to balance the sweetness of the malt.

Most recipes will tell you when to add your hops either in time from the start of the boil, or time that is left in the boil. For example, you might have a beer that is supposed to boil for a total of 60 minutes. The directions might tell you to add the bittering hops 30 minutes into or 30 minutes left of the boil. Make sure you pay attention to how the recipe is written because it can make a large difference on how bitter the beer turns out.

Bittering hops are added once the wort has been collected in the kettle (or after you’ve added the malt extract) and a rolling boil has been achieved. They are usually boiled for 60 minutes, although some recipes call for as little as 30 minutes. All beers have some bittering hops. The main reason for this is that without the bitterness from the hops, your beer would taste syrupy-sweet. Another benefit is that hops are a natural preservative and will help your beer to keep for a longer time or for extended aging periods.

Flavoring hops are generally added with between 15 and 30 minutes remaining in the boil. In this time frame, very little of the bitterness will be extracted from the hops, but that crisp hoppy flavor will be imparted. Again, these may be the same as your bittering or aroma hops, it is the time that they are boiled that makes the difference.

Hop oils that are responsible for aroma are extremely volatile and will be driven off in the steam of your boil almost immediately. Therefore, aroma hops must not be boiled for long. They are typically added during the last 5 minutes of the boil, or at flame out (when the kettle is removed from the heat). Adding hops at flame out will produce the maximum amount of aroma. 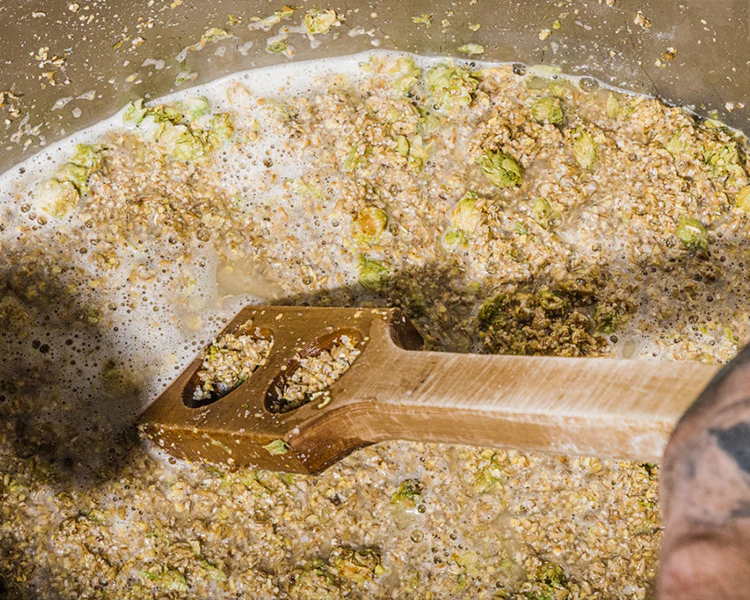