English
High Quality Products Can Be Purchased.
You are here: Home » News » What Is a Beer Growler?

What Is a Beer Growler?

What Is a Beer Growler?

A beer growler is a container or vessel that is used for the transport of beer. It can also be described as an air-tight jug, typically made out of glass, ceramic or stainless steel that allows you to take draft beer from one place to another without a degradation of quality.

A Quick History of Growlers

The origin of the term “growler” is the subject of debate, and likely, the true story will never be known. But as the story goes, in the latter half of the 1800’s, growlers referred to metal pails that were used to transport beer from the local tavern to an individual’s home.

There are those who believe the term arose from the sound that the pail’s cover made from the escaping carbon dioxide, while others believed the growling came from another source.

The latter belief is that either the bartender or the customer would be responsible for the growling, as the bartender was supposed to fill the half-gallon container with only a pint of beer, while the customer wanted to get a pail that had much more than just a pint. Whichever party was left dissatisfied would “growl” about the issue, hence the very apt term.

There was actually a period of time in which the use of growlers was outlawed, mainly stemming from the fact that children were often sent out to pick up a pail full of beer for their father. This chain of custody issue caused alarm in many of the same types of people who worked in support of prohibition, and the alarm led many cities to outlaw the use of these containers altogether.

The beer growler eventually regained popularity, and the present form of container is among the most widely used for transporting craft beer from its source.

The 3 Types of Beer Growlers

The three common types of growlers are glass, ceramic, and stainless steel. All serve the same purpose. That is, to hold and preserve a volume of beer as best as they can. However, each one could be of better (or worse) aid than the others, depending on your needs. With that, let us take a quick look at the set of ups and downs each one has to offer. 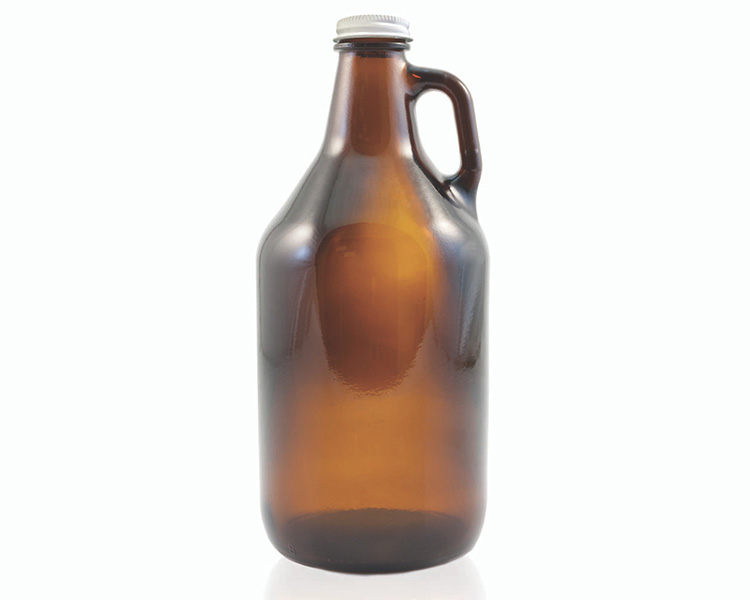 Reasons Why You Should Use Growlers

Earlier, one of the questions we posed is if every beer lover should own a growler. As you can guess, the answer is no. However, here are five reasons why you should consider adding one or two beer growlers to your beer accessories!

As you can guess, beer growlers can lessen the use of packaging. While one or two bottles or cans might not hurt, try to imagine and calculate all the bottles and cans a drinker accumulates through the years! Beer growlers can help lessen that number!

Beer growlers can also help save a few bucks. You might be surprised, but for one, there are many places that offer different kinds of discounts when you use a beer growler when buying from them!

A beer growler can also help show your personality or style. There are many places that offer customizing beer growlers. So, you can put the logo of your favorite sports team or a quirky beer-related quote on it, for example.

Beer growlers offer many good things. However, it is not a complicated tool to use. Aside from some maintenance, all you really have to do is bring it to the brewery of your choice and have them fill it up. After that? Your growler is ready to accompany you on your trip!

Finally, one should consider getting a beer growler simply for one’s love of beer. Have you ever wanted to take home a brew that did not come in cans or bottles? With a beer growler, you will finally be able to take this brew home. In addition, it would now be easier to share them with friends!