English
High Quality Products Can Be Purchased.
You are here: Home » News » What happens when mashing?

What happens when mashing?

Often, when talking about homebrew with folks who are either new to the hobby or who just drink beer, explaining malts and the mashing process is often the hardest part.

Brewing is fundamentally about creating sugar-rich liquid which, when inoculated with yeast and fermented, will yield alcohol and (more importantly) a range of new and complex aroma compounds that were not present before fermentation. Before fermentation, hops are added to this liquid (when boiling) to provide bitterness (otherwise it’d be perceived as a very sweet drink) and additional flavours. Before the hops are added, this liquid is called the wort. Mashing is the process of creating the wort.

Wort can be made up of any kind of sugars, though for beer we generally have made wort primarily from malted barley. Why barley? There are many actual historical reasons, but one of the nicer simplistic explanations is that barley wasn’t great for making bread, so it was used for beer instead. Brewers have used and continue to use other grains and sugars to make wort – everything ranging from wheat, to sorghum, to molasses, to table sugar, to oats – but malted barley is still the primary grain used in brewing.

The world malted is key here. Before malting, barleycorns are just starchy seeds. Malting is a process which wets these corns in lukewarm water which allows them to begin to sprout. The maltster (generally not the homebrewer or even commercial brewer) then stops this process by gently kilning these grains (often in warm spinning drums similar to the ones on the back of cement trucks). What this malting process does is trick the barleycorns into thinking it’s time to germinate and to convert their stored starches into sugars that they would use to grow into a new barley stalk. In stopping this process by kilning the barley, the maltster has turned starchy barley into sugary malted barley. 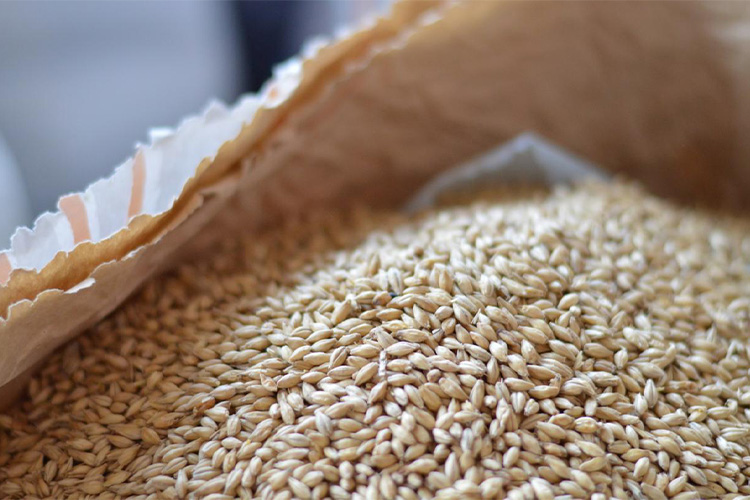 These malted barleycorns are then ready to be sold to the brewer or the homebrewer to make beer as “brewers malt”. The process of extracting these sugars from the grain, however, is not trivial. First, the grain must crushed, otherwise the barleycorns act as little envelops which hold all of their sugars inside. The crushed barley is called the grist. This grist must then be added to warm water to allow for the sugars in the barley to be extracted. This ends up looking very much like gloopy oatmeal in a very large pot called a mash tun.

The process of sugar extraction generally happens between 50-75 degrees Celsius (or 130-170 degrees Fahrenheit) and generally takes upwards of an hour. The sugars in malted barley are generally complex sugars which need to be broken down before they can be readily consumed by yeast. Depending on the temperature of the mash, two different enzymes which are naturally occurring in the barleycorns facilitate this process of conversion from complex to simple sugars.

At low mash temperatures (50-65 degrees Celsius) beta amylase enzymes convert the complex sugars of the barley into very simple sugars by breaking maltose molecules into simple dextrose/glucose molecules. Because dextrose is a simple sugar that yeast can easily consume, mashing at these temperatures creates a very fermentable wort and thus a dryer (as in, less sweet, not less wet) beer. At higher mash temperatures (65-75 degrees Celsius) alpha amylase enzymes leave more maltose molecules intact which results in more residual sweetness in the final beer. Mashing outside of these ranges can either be totally ineffective (too low) or begin to extract harsh tannins from the barley (above 75 degrees Celsius) which are deeply unpleasant.

Generally when homebrewing we mash somewhere between the 60 and 70 degree Celsius mark to have both amylase enzymes working and providing a good mix of both the sugars. When brewing a pale ale, for example, we might mash a little lower in temperature because that style is often dryer which allows for better perception of hop character. When brewing a big imperial stout, however, which needs residual sweetness, we’d mash at a higher temperature to retain more residual (unfermentable) sugars when the beer is completed. Counterintuitively, mashing at a higher temperature doesn’t speed up the process (like it may if you were cooking something) and can actually greatly change the character of your beer because of how these enzymes operate.

After mashing in warm water (around an hour for most beers), the liquid is drained off in the lautering process. To ensure only clear liquid (no grain) is being extracted we often use a loose screen in our mash tun and allow for the grain to settle by recirculating the first couple of litres of wort back into the mash. This process allows for the grain to settle into a bed to act as an additional filter before our screen. Once the mash tun is dry (only damp grain) and we have our first runnings collected in our boil kettle, we almost always will use one of several methods to sparge. Sparging methods are another topic, but the basic idea is to remove any sugars still clinging to the mashed grains by slowly allowing warm water (often just under the temperature of tannin extraction, so around 75 degrees Celsius) to flow over them and into our boil kettle with our first runnings. This ensures we get all the sugars from the grains and into our wort.

That’s the basic mashing process for simple malted barley, however, maltsters have a range of malts available which have been kilned to different colours and roasts (similar to coffee). These different roasts provide colours (colour has nothing to do with strength) and different malt flavours to beer. Crystal or caramel malts are malts of various degrees of colour which have been kilned such that all of their sugars are soluble in water.

This means that these roasted grains just need to be steeped (like tea) and not mashed, but it also means that they mostly only offer more complex unfermentable sugars (ones with maltose chains) which sweeten the beer. These malts often provide accent flavours to a base wort of simple brewer’s malted barley. Some malts have also been subjected to a Maillard reaction in the kilning process, which allows for them to contribute toasty, toffee, nutty, and raisin characters to beer. Others have been carefully malted to contain dextrins (unfermentable carbohydrates) which can provide head retention and stability and improve the mouth-feel of the final beer. 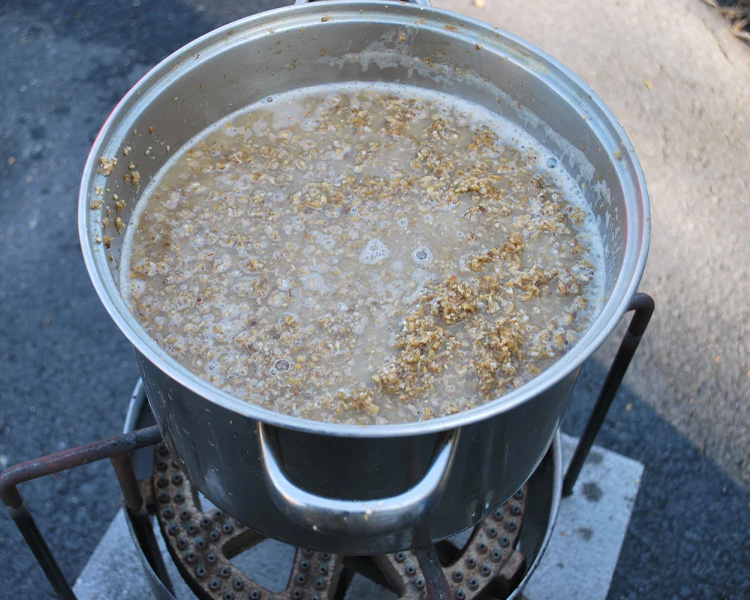 Other types of barley like the very dark, unmalted, roasted barley are also used to create the important distinctions between various other classic styles. Other grains, like oats and wheat are also use to provide different characters to a range of beers, however, as these other grains do not contain the enzymes needed to convert their starches and sugars into the simple dextrose needed for fermentable wort it is important mash them along side a standard brewers malt.

We can rank grains by their diastatic power, that is their ability to foster enzymatic activity, in order to ensure that speciality grains like oats actually contribute to the beer they are added to. This is especially important for partial mash brewers who rely on malt extracts for their base sugars and use speciality grains for added character as many speciality grains like crystal malts have little to no diastic power. Knowing the diastic power is important for brewing beers which contain less base malts as less diastic power means fewer enzymes, which means it will take a longer time to convert the complex sugars of the barley into fermentable sugars needed in the wort.

Once all this mashing business is done, the wort simply boiled to allow it to reduce and for the bittering qualities of hops to take effect, then cooled, inoculated with yeast, allowed to ferment for several weeks and then packaged/bottled/kegged for consumption. If you’re an extract brewer, the malt extract you buy (in either dry or liquid form) is (basically) just a reduction of a brewers wort and you’ve managed to skip all this business of diastic power, amylase enzymes, and – for the most part – malt selection. But where’s the fun in that?

That, I think, is the basic theory of mashing. Of course, it’s much more complex than I’ve laid out.