English
High Quality Products Can Be Purchased.
You are here: Home » News » What does wort yield in beer brewing mean?

What does wort yield in beer brewing mean?

I believe that many friends who have a certain understanding of beer brewing have heard of the word "wort yield". First of all, let's talk about the definition of wort yield: that is, every 100KG of wort after saccharification of raw materials, obtain leaching the mass fraction of the substance. So do you know what are the factors that affect the wort yield?

The effect of crushing degree

1. The control of the pulverization degree is the basic condition to meet the particle size requirements. The degree of crushing refers to the proportion of coarse and fine powders after the malt or auxiliary materials are crushed. Malt also includes the percentage of husk or the degree to which the husk is broken. A reasonable degree of pulverization can first be reflected in the good gelatinization and saccharification effect. It should have a short enzyme action time and a high leaching rate.

2. Reasonable crushing degree control. For malt, the first thing to do is to ensure that the husk is not broken, and try to keep the husk intact. For the equipment filtered by the filter tank, the proportion of the weight of the wheat husk plus the residual particles in the shell (it should be noted that the less residual particles attached to the wheat husk, the better) is controlled at 35-45%. Poorly dissolved malt should not exceed 30%; fine powder content is 15%-20% for well-dissolved malt, and 25%-30% for poorly dissolved malt. 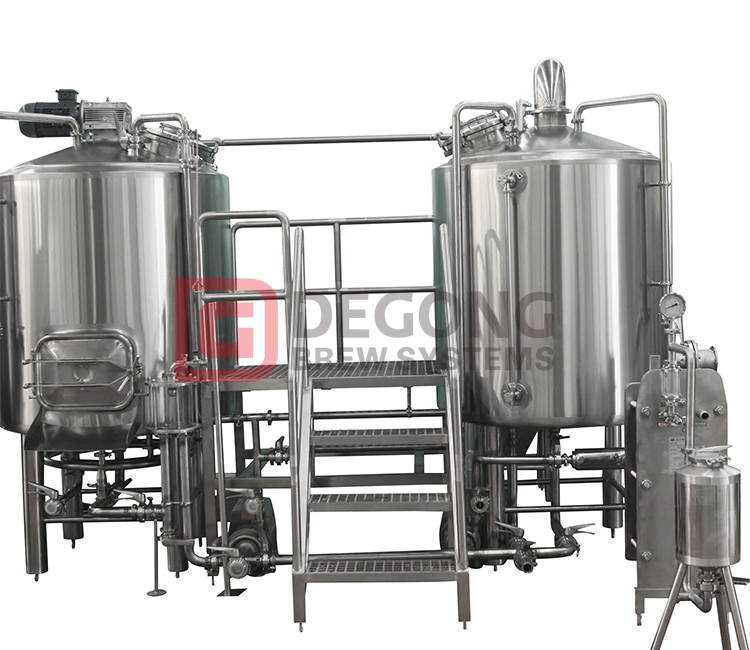 The influence of material-water ratio

1. The material-water ratio refers to the ratio of the volume of the input material to the volume of water, also known as the water consumption for saccharification. It is an important technical parameter in the design of the saccharification process, and is generally based on the concentration of the extract and the first wort.

2. Different material-water ratios will affect the stability of various enzymes, including the degree of contact between the enzyme and the substrate, and the degree of dispersion between the substrate and the product of the enzyme. A relatively small ratio of material to water, that is, the mash is thicker, although the heat resistance and stability of the enzyme are better, but it will affect the dispersion and function of the enzyme and the substrate. Larger ratio of material to water, low viscosity of mash, which is beneficial to the dispersion and action of enzymes, the dispersion of enzyme action substrates and action products, and the leaching of malt and excipient extractables, resulting in better gelatinization , saccharification effect. But at the same time, it should be noted that the heat resistance and stability of the enzyme are relatively poor, and the proportion of inactivation after increasing the temperature is high. At the same time, the ratio of total material to water is too large or too small, that is, the concentration of mash or too thin, will have an impact on the yield of extract during the washing process. If the mash is too thick, the residual sugar in the grains will be high; if the mash is too thin, the difference between the concentration of saccharified wort and the concentration of mixed wort is small, and the amount of water used for washing grains is small, which will also affect the yield of extract.

The influence of saccharification process

2. PH value: various enzymes in malt have the optimum PH value. Controlling the PH value is conducive to saccharification, so that the effect of amylase in decomposing starch is faster and more complete, and the yield of wort is relatively high.

The impact of washing operation