English
High Quality Products Can Be Purchased.
You are here: Home » News » Vodka: The History and Origin of the Clearest Distillate

Vodka: The History and Origin of the Clearest Distillate

The name vodka means ”little water” in Russian. It is without a doubt one of the best-known and most consumed distilled alcoholic beverages around the world. It has gained great notoriety in the cocktail world as this liquor is incredibly versatile.

This liquor is a neutral compound that is treated with charcoal and other materials, both during distillation and after. This is done to obtain its distinctive characteristic which is an almost absolute absence of taste. Therefore, you only need one sip of vodka to identify this characteristic spirit. The alcohol content in vodka must be higher than 37,5 % in Europe and higher than 40 % in the US, but the percentage can vary according to the type of vodka.

Generally, vodka is produced through the fermentation of grains and other starchy plants such as rye, wheat, and potatoes. However, the main ingredients are water and ethanol. This liquor became popular in Europe before it eventually spread to the rest of the world. It is characteristically consumed in Poland, Russia, and Belarus where the locals enjoy drinking it pure.

The most common and back-to-basics vodka is white or neutral vodka. However, flavoured vodkas were also introduced. The flavoured varieties were created as an alternative to the neutral vodka which has a strong flavour and an alcoholic aroma. The goal was not only to improve the taste, as they also served medicinal purposes. We can even find colourful vodkas with colours such as black, blue and red, among others. 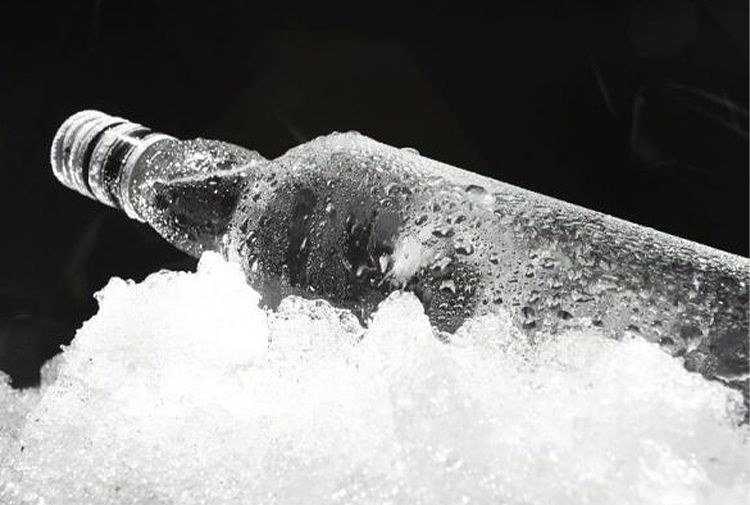 Where Does Vodka Come From?

Vodka originated in Russia and Eastern Europe more than a thousand years ago. The area is known as the vodka belt. This area included other countries such as Poland, Ukraine, Belarus, the Nordic countries and the Baltic States.

In 1386, alcohol in the form of wine was introduced to Moscow by Genoese merchants. The Russian government considered it a harmful drink and prohibited its importation into the country. Years later it was discovered that alcohol could be extracted from wheat and rye and the first vodka was produced. The oldest known written reference to vodka was found in a Polish manuscript from 1405.

Vodka was generally of a very low quality until the accession of Empress Catherina II, also known as Catherine the Great. Nobles were now allowed to produce the liquor on their estates. In one of these small factories, they invented a purifying method by using charcoal. This transformed the drink to one of crystalline purity and of the highest quality.

After World War I, vodka found its way into the world and reached North America. After the 1930s, the soldiers spread the liquor throughout America with great success.

During World War II the production of vodka was initiated in western countries and was therefore no longer a product made exclusively in Russia and European countries. It was mainly the United States that took up production. Here vodka was even made from potatoes and corn. Now the consumption of vodka was expanding worldwide.

This is the history of vodka so far.