English
High Quality Products Can Be Purchased.
You are here: Home » News » Types of Tanks Your Brewery Needs

Types of Tanks Your Brewery Needs

This is a tank with rake arms that rotate and cutting blades that stir through the grain and push the spent grains out of the tun. This can either be done manually or with an automated system, raising and lowering the rake into the grain depending on how cloudy the runoff is and how tight the grain bed becomes. It requires a watering system to add sparge water into the tank, most of which involve multiple spray heads that gently add water so that channels are not dug into the grain bed.

Kettles are used to boil the wort. The simplest versions of these are direct-fired by a burner set underneath them. The downside of these is that it often burns the wort where the flame touches the kettle. Most breweries have switched to steam-fired kettles which have steam jackets inside the kettle which boil the wort. That steam comes from an external boiler. 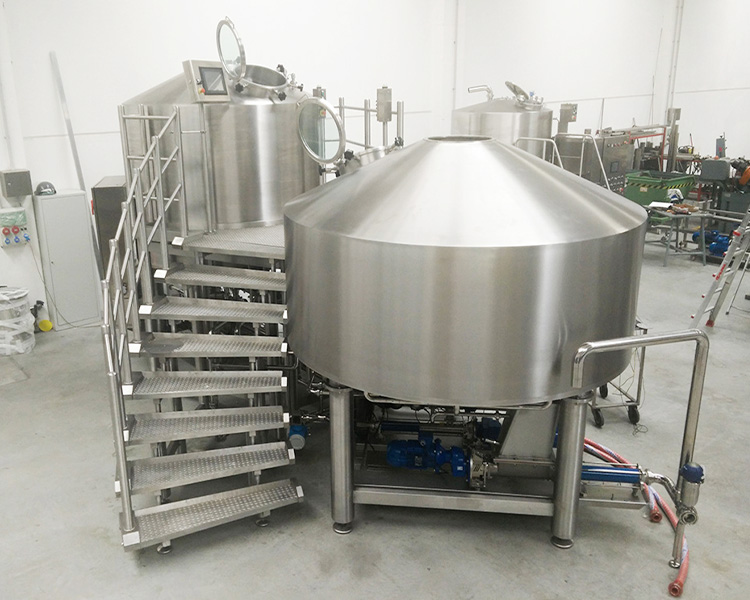 Fermenter tanks are used for almost all of the fermentation process. By using them, you can often carbonate the beer naturally after about 80% of your fermentation has occurred. The Fermenter tank has three main components: a pressure release valve, a site glass, and a sample cock. These tanks need to be temperature controlled, either by being insulated and clad with jackets or by keeping them in a temperature-controlled room.

You will need a tank to store your beer. Generally, these tanks need to be rated for a minimum of 30 PSI and have the same kind of components as fermenters (pressure release valve, site glass, sample cock) with the inclusion of a racking arm on one side. This arm allows you to remove the rhue beer on top of the yeast cake. They usually have a manway on the top and need a drain at the bottom to remove all contents.

This type of tank is used to carbonate beer. It has the typical components (pressure release valve, site glass, sample cock) with the addition of a carbonating stone, spray ball, and a valve out at the bottom of the tank.

These tanks are water tanks that store cold water to cool down the bitter wort to a temperature suitable for fermentation after it is boiled. It can be as simple as a single skinned vessel kept in a cold room.