English
High Quality Products Can Be Purchased.
You are here: Home » News » The main source of beer color

The main source of beer color

Beer is a drink that often appears in our daily friend gatherings and family dinners. Especially now with the improvement of people's living standards, the color and taste of beer are also diverse. Common beers include yellow, black, brown, etc. colour. Systematically analyze the main sources of beer chromaticity brewed by small beer equipment: 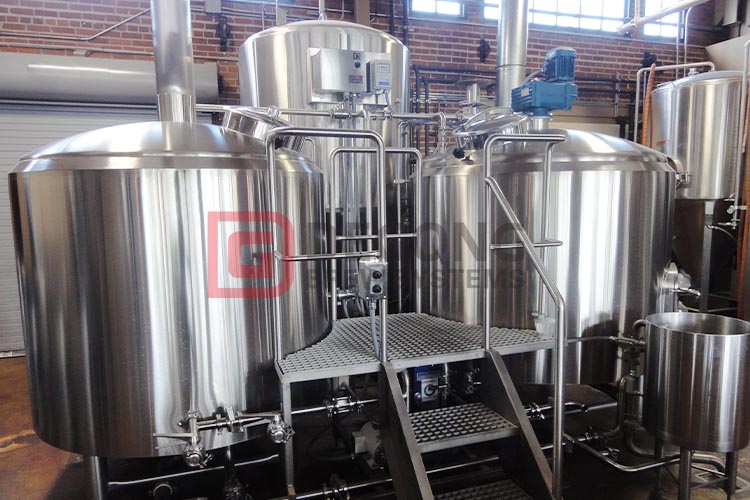 1. The barley used for making malt will have different chroma due to different varieties, and it will be directly affected by the malting process. For example, if the soaked wheat is too high, the leaf buds grow too long, the air humidity is too high during the baking period, and the temperature is high and the baking is burnt, forming a large amount of melanin. Barley contains more polyphenols, and the resulting malt has a darker color.

2. Hops factor: Hops have been stored for too long or have been oxidized and deteriorated. Too much phenolic acids, catechins, anthocyanins and other substances will cause bitterness and deepen the color of the beer. Good hops are yellow-green, and aged hops turn brown or red due to oxidation; tannins and iron salts in hops are blue-black, and tannins turn red after oxidation, which will increase the color of beer. ;The amount of hops is too large, and the addition time is different, which will affect the color of the beer to a certain extent.

3. The influence of the factors of brewing water on the leaching of chromatic substances: if the carbonate content in the water is too high, it will increase the color of the mash and increase the color of the wort. If the pH of the brewing water is too high, or the water quality is too hard, it will increase the chance of leaching of pigment substances and excessive dissolution of polyphenols. Therefore, the water should be softened and pH adjusted during use to ensure that the pH of the final wort is between 5.2-5.5.

In short, there is not a single source that affects the color of beer. We usually pay attention to the proportion of brewing raw materials and the use time in the process of brewing.