English
High Quality Products Can Be Purchased.
You are here: Home » News » The Different Types of Liquor

The Different Types of Liquor

Before we get to the different types of liquor, it’s important that you understand the differences between the main terms.

So first things first, liquor is a distilled alcoholic beverage and it is made by distilling anything that’s been fermented. If you don’t know what fermentation or distillation is, that probably sounds like nonsense to you. So here are some very basic explanations:

Fermentation is the process of turning sugars into alcohol. That’s how beer, wine, and ciders are made.

Distillation takes the process one step further. Distillation turns fermented beverages into much stronger versions of themselves by separating the alcohol from the water. By removing the water, the alcohol in the liquid becomes much more concentrated.

That’s why it’s called ‘hard liquor’. Because what’s left after distillation is a beverage that’s concentrated with more of the ‘hard stuff’, i.e. alcohol.

I’m going to make this one really easy for you… Spirits and different kinds of liquor are the same thing! And as far as this article is concerned, they’re used interchangeably when it comes to different types of liquor.

There are a few stories of how the name ‘spirits’ came to be and they’re all quite interesting. But my favorite one involves ghosts and I think it’s the most accurate.

During the distillation process, the fermented beverage is heated up. Between alcohol and water, alcohol evaporates first. So the alcoholic vapor is collected/captured by the distiller and then it’s cooled down to bring it back to its liquid form. Once it has cooled down, the liquid is known as liquor or spirits.

Back in the day when distillation was first invented, a lot of people believed in ghosts & spirits. And because the alcoholic vapor extracted from the distillation process looked a lot like spirits (or ghosts), liquor was considered ‘a gift from the gods’ and was hence named spirits.

The fact that liquor got everyone blind drunk probably had something to do with it as well! 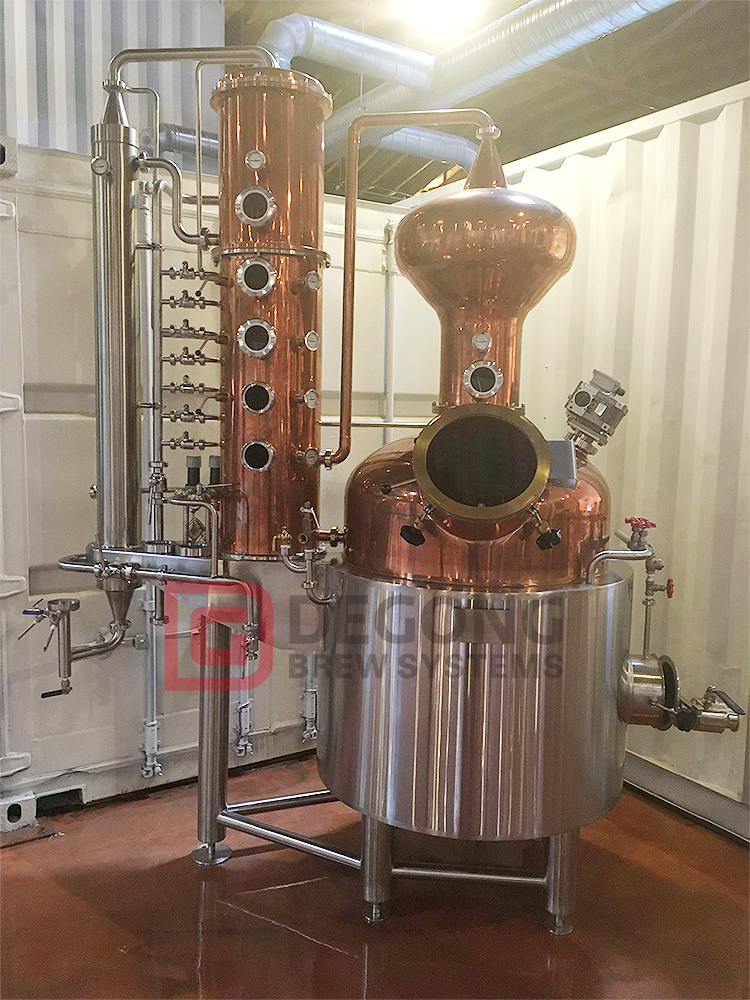 The 7 Most Commonly Used Different Types of Liquor

Now, let’s get to what we all came here for, the different types of liquor. To be honest, there are a lot of them. So rather than go through an exhaustive list of spirits you’re likely never to use (or see), we’re going to focus on the best alcohols in my opinion.

And, in my opinion, there are 7 types of hard liquor that we should be focused on.

These are the bad boys that you’ll find behind every bar, restaurant, and/or licensed cafe you ever work at. So we’re going to take a look at each of these different types of liquor in detail, what makes them different, and clear up any of the confusing terminology surrounding them.

The liquors that we’re going to look at are:

‘Sunshine in the stomach’ was an old Russian saying for Vodka. And there’s no doubt that vodka brought warmth to many cold Russian winters. But funnily enough, vodka more likely originated in Poland.

Vodka is defined as a neutral-flavou=red, clear spirit. That basically means that vodka is supposed to be virtually tasteless, odorless, and clear (like water) in color. But vodka does have very subtle flavors that are distinguishable between brands. Some are peppery, some are creamy, and others have hints of citrus or grain.

That being said, it’s hard to pick up these subtleties even when you’re drinking vodka straight. And of all the liquors in the world, vodka is the most ‘pure’ and has the least flavor.

Because of vodka’s lack of flavor, it’s extremely versatile in cocktails. It’s ability to showcase other ingredients flavors & aromas is unrivaled because it doesn’t have any (or very little) of its own! Whereas other spirits that have much more distinct flavors don’t always mix well with other ingredients.

Vodka is generally made from potatoes or grains (mostly grains). But technically, vodka can be made from anything. As long as the spirit is a neutral-flavored (flavorless and odorless), clear spirit and is bottled at around 40% ABV, it can be called vodka.

Gin has always been a very popular spirit. Due to distilleries starting to experiment with different botanicals though, it has become even more trendy.

But to be honest, I don’t really know why! Gin just seems to be the ‘in’ spirit right now.

Like vodka, gin is a clear spirit and it mixes well with other ingredients. What makes gin different is that it’s flavored with various botanicals to give gin its distinct taste.

For gin to be gin, it needs to be a spirit that’s distilled from grains or malt, and it MUST be flavored with the infamous Juniper Berry.

When people taste and smell gin, the juniper berry is the most prominent aroma and flavor. Other botanicals are often added to the mix (lemon peel, grapefruit, fennel, anise, etc), but you can’t have gin without the Juniper Berry. That’s what makes gin, gin!

The most widely used style of gin is London Dry Gin and it’s considered to be the best quality. But that’s not necessarily true. There are some great quality gins out there that don’t fall under the ‘London Dry Gin’ classification.

All categories of gin have to be bottled at a minimum of 37.5% ABV, but there are much stronger gins out there.

Whisk(e)y is easily the most confusing spirit on this list. Even the spelling gets a lot of people caught up! But before we get to the spelling, let’s cover some of the basics.

Among the different types of liquor, rum probably has the most interesting history. I mean… Pirates and sailors used to drink it back in the day when they were battling it out at the ‘high seas’!

Rum is a spirit distilled from sugarcane or molasses (thick dark brown juice obtained from raw sugar, most rums are made from molasses). It’s often aged in wooden barrels, but because rum is predominantly made in the Caribbean, rum laws aren’t as strict as whisk(e)y laws.

One of the things I find fascinating about rum is that because it’s mostly made & aged in tropical climates, it matures much quicker in the barrel. That means that a rum aged 12 years should theoretically be a higher quality spirit than a scotch (matured in a cold climate) aged 12 years. Obviously, that’s only if you’re judging the spirit by its age statement.

But the same would be true if you aged whisk(e)y in tropical climates. Liquor matures/ages much quicker in the barrel in warmer climates.

Among the 7 most commonly used spirits, tequila is easily the most underrated. People assume that because they drank cheap tequila shooters when they were in college or at uni, that all tequila is cheap and of poor quality.

But that’s not true. Some tequilas can be comparable to a fine cognac and should never be ‘shot’. They should be sipped and savored.

Tequila is made from distilling fermented blue agave (a plant native to Mexico) juice and for tequila to be called tequila, it MUST come from one of the 5 tequila producing states in Mexico.

Brandy is the spirit you’re least likely to use among the 7 different types of liquor on this list. But it’s still an important liquor to know about.

Brandy is generally aged in wooden barrels to give the spirit flavor, texture, and aroma. And these brandies are almost always accompanied with an age statement with some of the best being aged for several decades!

Technically not like the different types of liquor, but since bartenders often use vermouth when they’re making cocktails, I thought I’d include it here as part of a full bar liquor list.

Vermouth is a fortified, aromatized wine. What the hell does that mean?

First of all, vermouth starts out as a wine. Then it’s put through two different processes to become a vermouth. The first is fortification and the second is aromatisation.

Fortification basically means that the wine has been strengthened (or fortified) in terms of alcohol content, by adding a liquor to it. In the case of vermouth, brandy is the liquor that’s used to strengthen the wine up to around the 20-25% ABV mark.

Aromatization is the process of flavoring the wine by infusing it with various herbs, spices, roots, bark, and flowers.

There’s no doubt that the mixing process for vermouth is complex. And by the time it’s gone through fortification and aromatisation, the beverage barely resembles the original wine.