The carbonated spirits that provide the fizz in every alcoholic beverage are produced through a process collectively known as fermentation. This is a complex biochemical process that involves the metabolism of sugars in the feedstock by the yeast in which they are cultivated. This is the only known way to make spirits.

Large quantities of sugar-rich raw materials can be fermented to produce ethanol and a variety of food products that can be used to make different spirits. If you use grapes and berries, you can make wine. You can make vodka if you use potatoes or wheat.

The purpose of yeast fermentation is to allow the organism to consume all available sugar, convert it into energy, and as a by-product produce ethanol alcohol, the safest type for human consumption and the one found in all alcoholic beverages. The yeast will continuously feed on the sugar and then expel the alcohol until the alcohol content or ABV reaches a maximum of 15% to 17%, at which point the yeast will not be able to survive.

Beer is made by fermenting barley malt with brewer's yeast and flavored with hops. The method of making malt involves soaking the grain in water to stimulate it to germinate and release enzymes to break down the starch. On average, most beers have an ABV of 4.5%.

Wine is fermented from fruits rich in natural sugars, such as grapes, berries, apples. Most wines vary in alcohol content, but the ABV can vary from 13% to 20%.

Hard cider is made by fermenting fruit juice (usually apples). Its alcohol content can range from 4% to 7% ABV.

Mead is a spirit made by fermenting honey with water. Its average alcohol content can vary from 3% to 20%.

Sake is an iconic alcoholic beverage made from fermented rice and hail from Japan. Koji, also known as Aspergillus oryzae, is a special fungus that matures like a mold, and it contains the amylase enzyme necessary to break down the starch in rice. The alcohol concentration of sake is about 16% ABV.

How spirits are distilled

To further amplify the alcohol content produced during fermentation, spirits take a next step called distillation. Distilling spirits means purifying or concentrating it. In layman's terms, fermented spirits are heated in a still at low and controlled temperatures.

The two basic types of still are:

Column stills are more industrial in nature and used for large-scale manufacturing of alcohol. They are said to deliver purer and lighter spirits.

Pot stills are more traditional and are known for producing fuller-bodied and fuller-flavoured spirits. 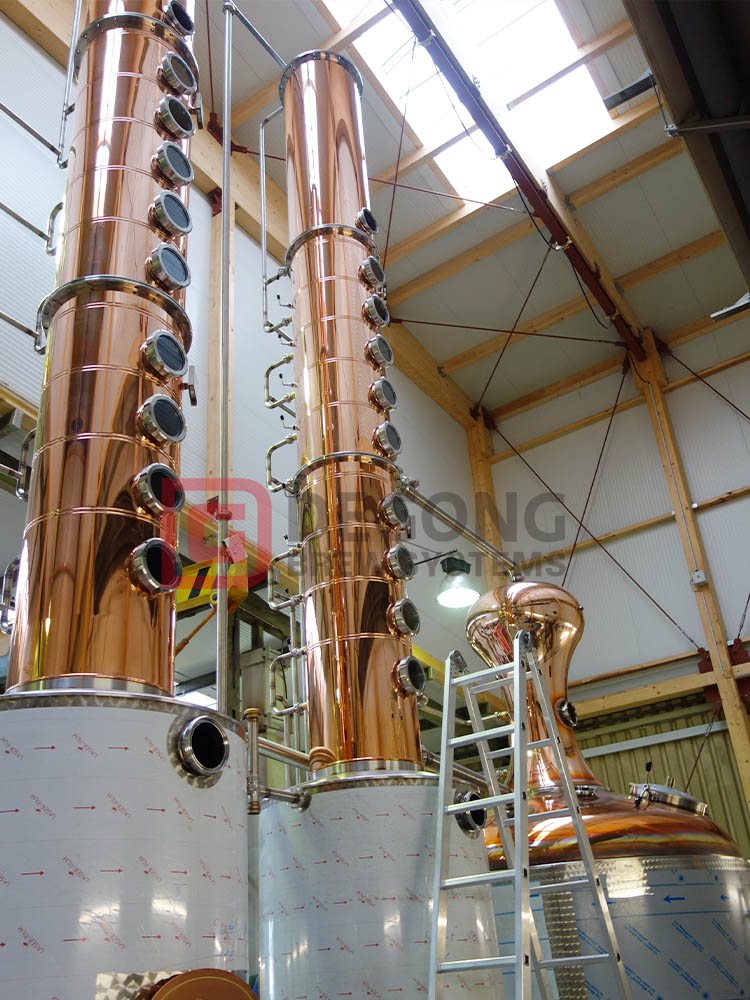 Here's how spirits are distilled inside a pot still.

Gin is a distilled alcoholic drink and the national spirit of the British. It is mostly flavoured with juniper berries and other botanical extracts. The average alcohol content of gin is 40 percent ABV.

Brandy is essentially distilled wine fermented from grapes. Its alcohol content can go anywhere from 35 to 60 percent ABV.

Whiskey is a distilled spirit fermented from grain, including corn, barley, rye, and wheat. It has 40 to 60 percent ABV.

Rum is a distilled alcoholic beverage made from fermented sugarcane molasses or sugarcane juice. It has an average alcohol content of 40 to 75 ABV.

Absinthe is a distilled spirit flavoured with anise and other herbaceous botanicals. It has an impressively high alcohol content at an average of 75 percent ABV.

Hailing from Russia and Poland, vodka is distilled from either fermented potato, grain, or fruit. It has 40 percent ABV.