English
High Quality Products Can Be Purchased.
You are here: Home » News » The Best Way to Oxygenate Cold Wort

Modern mashing production processes require that the wort be strictly protected from oxygen prior to cooling. In the early stage of the production of saccharified wort, it is required to can not open the manhole during normal production and reduce the oxidation of wort. The process of feeding the wort into the whirlpool tank after boiling is almost free of oxygen, and the oxygen content of the cold wort which is also not oxygenated is also low.

The cold wort oxygenation seems like a simple technology process, but the control of wort oxygenation way and adding oxygen content, the yeast can be ferment successfully or not, whether the production process is smooth or not, the stability of beer quality and its tasty characteristics, etc are all both have a very important relationship.

If people add oxygen is false or wrong, it will definitely cause a series of changes in the fermentation process, even so, make a bad fermentation result, produce flavor defects.

Why oxygenate for cold wort？

The fermentation process is a kind of Anaerobic process, it also can be said it didn’t need for air and oxygen. However, oxygen is necessary for yeast growing and keep yeast strong, and healthy. The yeast of fermenter will influence cell number, beer PH degree, fermentation speed, FAN absorb, finally influences the flavor of the beer. So, appropriate oxygenate is the most important controlling factor.

The process of providing oxygen for a yeast called “add oxygen”. In the whole of the brewing process, in order to provide nutrients for yeast and keep it healthy. It is the most harmless part of the beer for oxygen during the brewing process that adds oxygen to the cold wort.

Since the yeast consumes oxygen added by oxygen in a few hours before fermentation, the quality of the wort is not affected.

Wort ventilation is the only opportunity to provide oxygen to the yeast. Yeast can consume the supplied oxygen within a few hours without compromising the quality of the wort.

In order to dissolve the air into the cold wort, a very small air bubble must be introduced and mixed with the cold wort in a vortex to make the dissolved oxygen in the wort reach 8-9 mg/L.

To achieve this dissolved oxygen amount, a large amount of air must be used. In theory, about 3 liters of air is needed per liter of wort, but it actually needs several times the amount.

The reasons are: (1) some bubbles are insoluble in the wort. (2) air can’t be completely evenly distributed.

The trouble is the pass of the small bubbles, they must be evenly distributed in the wort and dissolve. Bubbles that rise to the surface of the wort can create inconvenient bubbles that can be large enough to block the oxygenation process. The dissolution of the gas depends on temperature and pressure. Each gas has a unique “technical solubility coefficient” determined by temperature.

The way of wort oxygenation

The venturi tube has a small diameter section for increasing the flow rate. Air is sprayed through the nozzle, and then a vortex is formed in the widened section of the tube to sufficiently mix the air with the wort, and a pressure loss is formed.

Some breweries apply pressure to help saturate before the wort enters the fermenter. Oxygen is more soluble under high pressure, so setting the pressure reserve just before entering the fermenter will promote wort saturation. After the wort passes through the pressure backup valve, the normal dissolved oxygen concentration of 8 to 10 ppm will decrease. 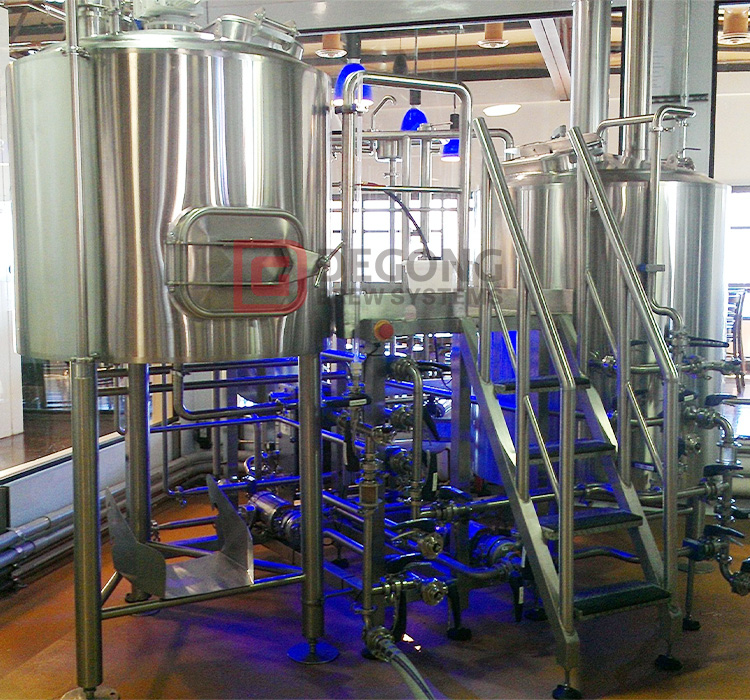 The air pump provides a continuous flow of air, and the air is washed by the disinfectant in the filter cylinder of gas. Finally, many small bubbles are generated by the bubble stone into the wort. Gas cylinders generally have a gas flow meter (usually L/min) so that we can calculate the time required for oxygenation.

2.The time of wort oxygenation

It is recommended to use a professional oxygenation pump to oxygenate, not only to filter the air to avoid contamination of wort by bacteria, but also to save trouble. If you do not use an oxygenation pump, you can use two fermenters to dump each other to increase the oxygen in the wort.