Brewing beer is an art unto itself. There is a lot that goes into the process, from the ingredient stage to the beer-chugging stage. Taking anywhere from about a week to several months, and maybe even years, the preparation of beer is probably a topic unto itself.

One of the most important steps in this preparation process is that of mashing.

For those who aren’t familiar with this, it is a terminology used to explain the process of beer brewing. The term is refers to the process of ‘mashing’, where malted barley, supplemented with other ingredients like corn, rye or wheat, is mixed with warm water to begin the fermentation process. The mixture of all these ingredients is what is called as ‘mash’, and is one of the most important stages in the beer brewing process.

And if there is one thing about the mashing process that brewers are interested in, it is the efficiency. Simply put, brewers want the highest possible levels of efficiency when it comes to the mash, as a high efficiency translates to greater productivity and thereby, better profits. There are several ways in which this is achieved. Mentioned in the list below are some of the most useful ways in which the mash efficiency of the beer can be improved upon.

If there is one step that would greatly increase the efficiency of the mashing stage, it would be the milling process.

The milling process reduces the size of the grains into smaller pieces and particles, allowing them to be broken down faster during the beer preparation process. The best way to do this is through the use of a dual roller mill, in which allows for the grain to get crushed, and letting a good part of the husk to remain intact. It should be added that if the husk is milled too finely, it might just get clogged in the mash filter, and end up creating a blockage.

The usage of hot water allows for the mixture to move more freely, thereby allowing for the finished product, i.e. wort, to flow freely. The preferred temperature is around 168 F, which is generally considered as an ideal temperature to go for. Also, it is a good idea to steadily work up to this temperature, rather than directly using hot water for this purpose.

Sparge Slowly, rather than Quickly

Sparging refers to the moistening of the barley and other ingredients, with the steady sprinkling of water. Doing this too fast will not allow for the sugars present in the ingredients to be properly extracted. In other words, a good portion of the ingredients can end up a waste by sparging too quickly. By sparging the ingredients slowly, you should be able to get the most out of each batch of ingredients that are used.

If there is one thing that reduces efficiency overtime, it is a clogged and inefficient brewing system, which includes, among others, the mashing part as well. Therefore, make sure that the equipment used for the brewing process is as clean and efficient as possible at all times. In other words, ensure that there are no residues, old stock, and husk and so on clogging any part of the system.

One of the best ways to achieve this is through routine maintenance, wherein the entire system gets cleaned out at regular intervals. This is something that you’ll have to decide, based on the quantity of the production.

Last but not the least, it should be added that there are indeed many more ways in which the efficiency of the mashing stage can be raised. The above mentioned steps are but some of the most important and common ones that are use by the beer industry. 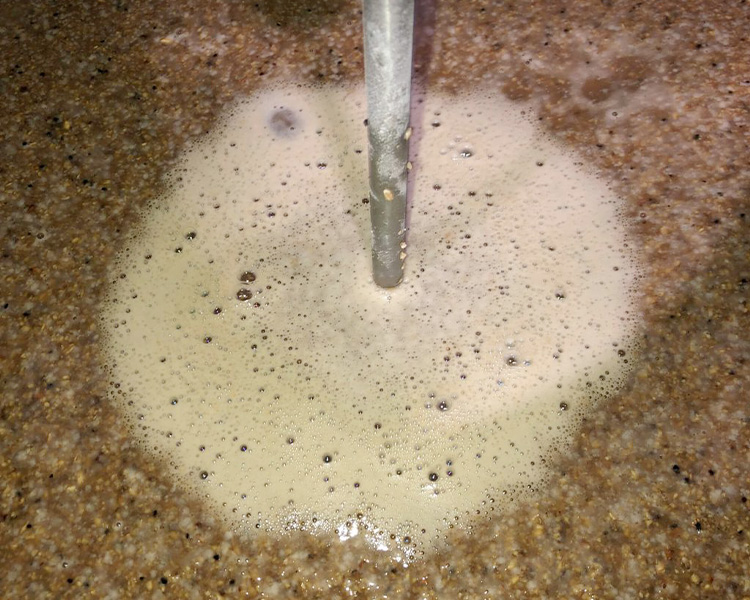