English
High Quality Products Can Be Purchased.
You are here: Home » News » Learn about the stages, types and uses of distillation

Learn about the stages, types and uses of distillation

Distillation is the separation process of liquids having different high boiling points.

By selective vaporization and condensation of the liquid mixture, the components of the mixture can be separated and purified. Various industries and laboratories use this process of distillation to separate liquids.

This process was first invented by the alchemist Jabir ibn Hayyan (Geber), the documentation of which dates back to the Middle Ages. However, evidence of this process can be traced to Roman Egypt, during the first century A.D.

Various impurities can be removed from the volatile components, thereby extracting raw materials. Distilled water is also formed in this way, which is pure water extracted by separating liquids from impurities and other unwanted substances.

This process goes through four stages: heating, vaporization, condensation, and cooling, after which the purified component is collected from the apparatus. Distillation is used to purify and extract components from a mixture both in a laboratory as well as on an industrial scale. While carrying out this process, we must keep in mind that an opening should be present to one end of the apparatus. This is mainly to avoid any accidents due to the development of high pressure in the system while applying heat to it.

We can use this process to manufacture alcoholic beverages and extract petroleum, kerosene, and other gaseous oils from crude oil. Also, various chemicals required for laboratory purposes are purified and extracted following this process. It is easy to implement and highly effective in separating the components. 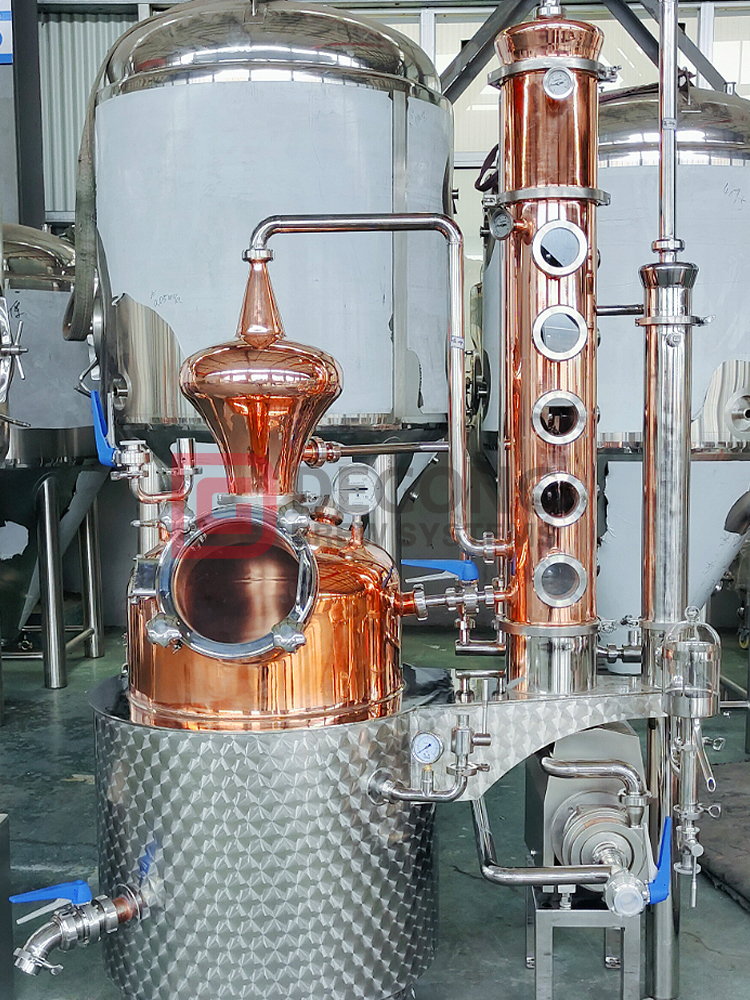 The Process Of Distillation

Distillation is a widely used chemical analysis technique for separating the selected components from a liquid matrix. The process is also considered the oldest method used for the purification of water.

This process relies on substances that can readily change their states. As most of you know, matter exists in three forms: solid, liquid, and gas. The process of changing the state from one form to another depends on heat elimination and absorption. As the liquid form, taken in the distillation process, is put on a heat source, the temperature starts rising, and the reduced pressure of the liquid mixture also begins to increase. Therefore, the liquid solution soon turns into a gaseous phase. Components having high boiling points will evaporate first, leaving behind the distillate. The cold water gushing out of pipes helps condense the vaporized liquid solution, which is then collected into a beaker. As a result, the contaminants from the liquid remain in the breaker.

Stages In The Distillation Process

The distillation process undergoes a cycle of four stages. These are heating, vaporization, condensation, and cooling.

The simple distillation process involves two liquids with different volatility. The most volatile component starts to vaporize at first and forms the condensed liquid, which is then collected.

The steam distillation process mainly includes the separation of heat-sensitive components. In this system, steam is added to the liquid mixture, which results in the vaporization of components.

Finally, vacuum distillation involves the desired separation of liquids having high boiling points. In this case, the pressure of the apparatus is lowered in order to lower the boiling points of liquids. Apart from this, the remaining process is similar to that of the simple distillation process. This process comes to use when the normal boiling point of a liquid exceeds the compound's decomposition temperature. When a compound breaks or chemically decomposes into its substituent particles, it is known as decomposition temperature.

Purpose Of The Distillation Process

The main purpose of distillation is to purify a compound. This is carried out by separating the more volatile component from the mixture. Also, this process is particularly helpful to separate liquids with different boiling points or those with high boiling points.

This process is used for various commercial purposes as well. This separation technique is performed by collecting the different fractions based on their level of volatility. However, an absolutely pure compound can not be obtained by this technique as the partial pressure of the mixture is never zero. This process of distillation is also used to obtain liquid products from chemical synthesis on an industrial scale of production.

A wide range of uses is associated with distillation, some of which are described below.

It is used to separate alcoholic liquors from fermented materials. A variety of alcoholic beverages and distilled spirits are produced by this process.

Distillation is used to separate kerosene, lubricating oil, and gasoline from crude oil. Using this method in oil refining ensures safe storage as well as safe transportation. In petroleum refining, distillation serves as an important part in removing kerosene and naphtha, and other components from the crude oil. Thus, a number of petroleum products are obtained by this process.

Liquified gases can be extracted from the air by this process. For example, argon, oxygen, and nitrogen are distilled from the air.

Seawater is also desalinated by this process.

Food flavoring agents, as well as perfumes, are extracted from herbs and medicinal plants by distillation.

Lead-acid batteries and low-volume humidifiers use distilled water to work.

Various chemical products like formaldehyde and phenol are processed by the distillation process on an industrial scale.