With the improvement of our living standards, the high-end and diversified taste of beer are more and more regarded. Craft beer pursues high-end enjoyment, consumes the freshest and most nutritious beer, and its brewing process is controlled. Here are a few points of hygiene control in the brewing process of craft beer.

The raw materials of craft beer should be "selected ", and pure high-quality malt brewing is the best choice, without adding any auxiliary materials, return to the original beer brewing method, giving the beer a rich malt aroma.Malt storage should prevent moisture, mildew, insects and other phenomena, and maintain air circulation; pay attention to the temperature and humidity changes in the malt warehouse; spray and fumigate the warehouse to prevent insect damage in advance.

Milling control: The raw materials should be fed in time after milling, especially in summer when the temperature is high. Otherwise, the malt could be damp and moldy.

Boiling control: Boiling is an important part of wort sterilization, and it is necessary to ensure enough boiling intensity and boiling time.

Tank entry control: After the boiled wort is pumped into the lauter tank, it should be cooled in time to prevent it from staying in the lauter tank for too long and the temperature of the wort will decrease and cause microbial contamination. Make sure that the wort pipes, compressed air, and yeast are sterile before the wort is bumped into the tank. Be sure to achieve zero pollution since entering the tank.

The environmental sanitation of the fermentation workshop must be clean, ensuring that ultraviolet sterilization is more than 30 minutes every day, and fumigation is carried out every quarter. 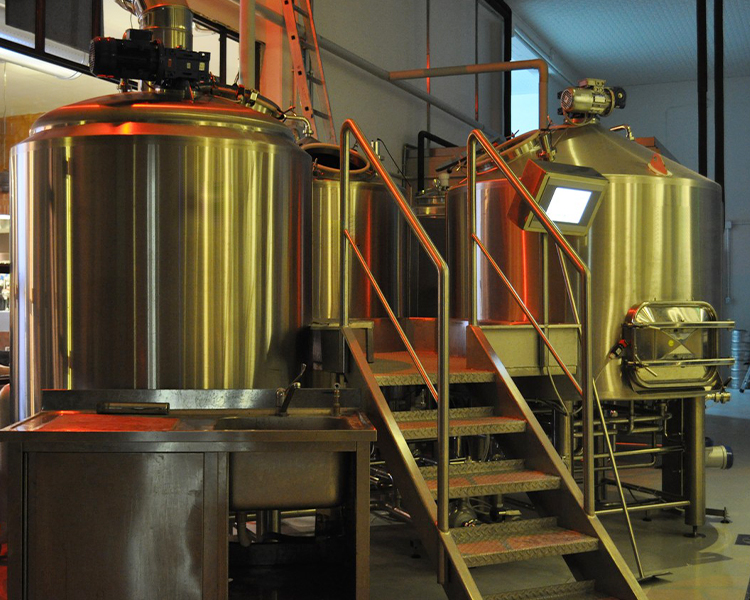 The biggest difference between craft beer and ordinary beer is that it maintains the purest taste and nutrition of the fermentation broth without next sterilization. Thus, the filling process of craft beer must have strict hygiene requirements.

At present, beer in high-end consumption places is packaged in cans, glass bottles, etc. which are packaged and suitable for low temperature storage. The filling of bottled wine must have very strict environmental sanitation requirements, which must be controlled by standardizing hygienic operation standards.

Hygienic controls for storage and transport of finished products

The storage and transportation of craft beer must the entire cold chain. Because beer is not only rich in nutrients but also has more active yeast. If the temperature is not well controlled, it is easy to make the yeast secondary fermentation, which not only affects the taste of the beer, but also generates a high pressure in the bottle, which may cause the cap to rise, the bottle mouth to leaks, and then lead to microbial contamination.